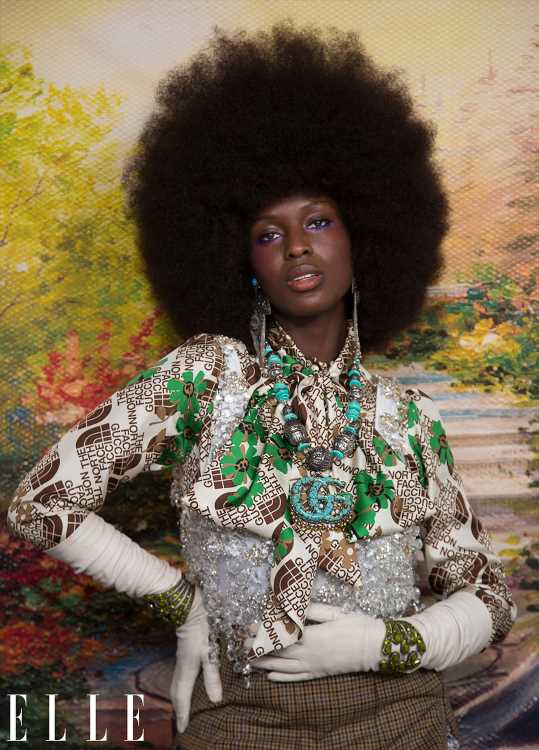 The 34-year-old actress — who welcomed her first child, daughter Janie, with husband Joshua Jackson in April — appears on the January 2021 digital cover of ELLE, modeling pieces from the North Face x Gucci collab and opening up about filming the action flick Tom Clancy's Without Remorse while in her second trimester. She stars in the upcoming movie opposite Michael B. Jordan and Jamie Bell.

"The men think they're hard-core, but they could never do what they do while also making a baby. They just couldn't," she tells the magazine with a laugh.

The Queen & Slim star also says giving birth reaffirmed to her that "patriarchal society really is out here, scamming women into thinking that they're not supremely powerful beings, because damn, it's some goddess-level s—."

Turner-Smith reflected on becoming a new mom during the lockdown brought on by the ongoing coronavirus pandemic. She acknowledged that parents dealing with at-home learning during quarantine have an added struggle too.

"Navigating parenthood at any time is difficult, and it's even more difficult without support, when everything is shut down and you can't really see other people or go anywhere," she says, adding, "I'm not having to sit on Zoom with her and suddenly become her educator as well as her caretaker." Speaking with Vogue for the magazine's October issue, she recalled what it was like expanding her family right in the middle of a global pandemic and a renewed focus on correcting racial injustices. Turner-Smith said the time in isolation was helpful so she could fully focus on becoming a new mom.

"I had to learn how to breastfeed and how to be a mom — it really worked out for my baby," she said at the time, adding that her mother lived with them for three months to lend a helping hand. "But what did make sense, inside of that," she said, "was the love of my family."

Turner-Smith also shared that she wants to pass down confidence to her daughter. "That self-­assuredness is what is going to help her navigate life," she explained. "It's important to impart to my daughter what is beautiful about her, and about who she comes from and where she comes from, and what is powerful about that."