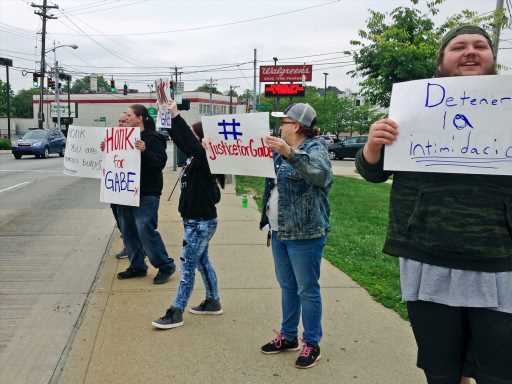 Gabriel Taye’s death by suicide at age 8 is never going to be less heartbreaking. But his parents’ recent victory in court this week might mean that schools take stronger action to prevent the kind of bullying that may have led to this tragedy in 2017. Warning: This article contains sensitive information about suicide.

On Tuesday, the U.S. 6th Circuit Court of Appeals rejected Cincinnati Public Schools’ claim of immunity from a wrongful death lawsuit filed by Taye’s family, the Cincinnati Enquirer reported. Though this ruling does not determine that the school was responsible, Circuit Judge Bernice Bouie Donald said there was evidence that school officials showed “conscious disregard of or indifference to a known or obvious risk of harm” to the third-grader. That’s enough to allow the family’s lawsuit to go forward.

The horrifying details of the case are this: Gabriel Taye had reportedly been bullied at Carson Elementary School since the first grade. On January 24, Taye was punched and kicked by fellow students in a bathroom. One boy pushed him against the wall, apparently knocking him unconscious. Security footage of the assault shows him lying on the floor for seven minutes, until someone finally summoned a teacher to help him. But rather than call 911, as is the protocol for such situations, the school nurse took Taye’s vitals.

“Instead, an hour after the incident, the school nurse called Taye’s mother and told her that Taye had ‘fainted,’ was ‘alert,’ that his ‘vitals [were] fine,’ and that he didn’t require any additional medical attention,” says Tuesday’s ruling, according to Fox 19. “[Former Carson Elementary Principal Ruthenia] Jackson and [former Vice Principal Jeffrey] McKenzie never told [Taye’s mother Cornelia] Reynolds that a student attacked her son in the bathroom, that the same student attacked other boys in the bathroom that day, or that her son was unconscious for more than seven minutes. None of the Defendants reported this incident, either internally or externally.”

When video of the incident was later released, Cincinnati Public Schools Superintendent Mary Ronan (also a defendant in this suit) said that it appeared that Taye fainted in the video.

Taye stayed home from school the next day, but returned on January 26. The same students reportedly attacked him again and attempted to flush his water bottle down the toilet. That day, after returning home from school, he hanged himself from his bunk bed with a necktie.

“[T]hey knew Taye was harassed and bullied at school and that a risk of bullying is suicide, and yet they utterly failed to take reasonable steps to protect Taye from that risk,” Donald wrote in the ruling. She said the school officials prevented Taye’s parents from understanding the extent of the trauma he was experiencing at school. (Here are tips for how to tell if your child is being bullied.)

After this ruling, the lawyer for the defendants told the Associated Press that “it does not reflect the facts as they have developed throughout this case.” Those facts, if there are more, will come to light in the wrongful death trial.

None of this will bring back Taye. But holding the school responsible for bullying is important for all the children who are alive now. Sure, kids will act like kids — that’s why it’s up to adults to teach them that there are serious consequences to their actions, and to provide a safe space for everyone to grow and learn.