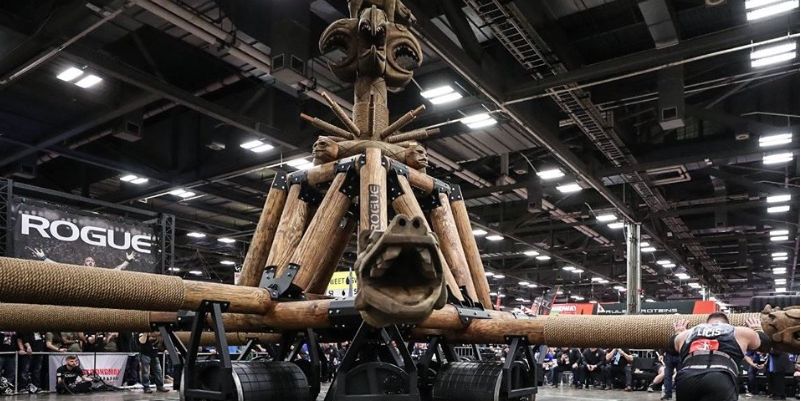 Proving that you’re one of the strongest men in the world may seem like a relatively straightforward proposition: Lift something very, very heavy, and then put it down. If the other competitors can’t lift that same object, congrats—you win. One problem: Challenges that simple don’t necessarily always make for very good television, which is one reason why the organizers of strongman competitions like the Arnold Classic have started to get more creative when it comes to demonstrating contestants’ feats of strength.

In a new episode of the Joe Rogan podcast, strongman Rob Kearney—aka, the World’s Strongest Gay—revealed that one of the most memorable strongman events from the Arnold Classic takes its inspiration from Conan the Barbarian’s “Wheel of Pain.” If it’s been a while since you’ve seen the 1982 classic starring Arnold himself, you might want to take a moment to refresh your memory. As depicted in the movie, the Wheel of Pain was basically a giant, man-powered grain mill that slaves were forced to push until they dropped dead from exhaustion. 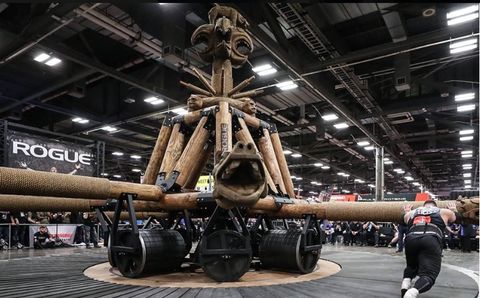 “They actually recreated that implement for the Arnold Classic,” Kearney said. “It is the most badass thing ever—it’s like a $300,000 piece of equipment.” Rogue, a major manufacturer of fitness equipment and sponsor of the Arnold Classic, built the device which, Kearney explained to Rogan, includes several huge wheels along the base that are all filed with sand.

In total, the Wheel of Pain weighs more than 20,000 pounds, making it the largest implement ever built for a strongman competition. The rules of the challenge are pretty simple: Contestants are given a set amount of time to push the wheel as far as they can. (In 2019, World’s Strongest Man Martins Licis edged out Thor “The Mountain” Bjornsson by a mere six inches, collapsing immediately after his attempt.)

As for what it feels like to actually push the contraption, well, it’s about as fun as it seems, according to Kearney: “It just hurts, man. Imagine doing something like rowing on an erg for 60 seconds, all out, nonstop,” he told Rogan. (Until Rogue starts selling a scaled-down version this thing to local CrossFit gyms, we’ll just have to go ahead and take Kearney’s word for it.)

The whole interview, which also includes a great story from Kearney about how cheerleading helped lead him down the path to becoming a professional strongman, is worth a listen.