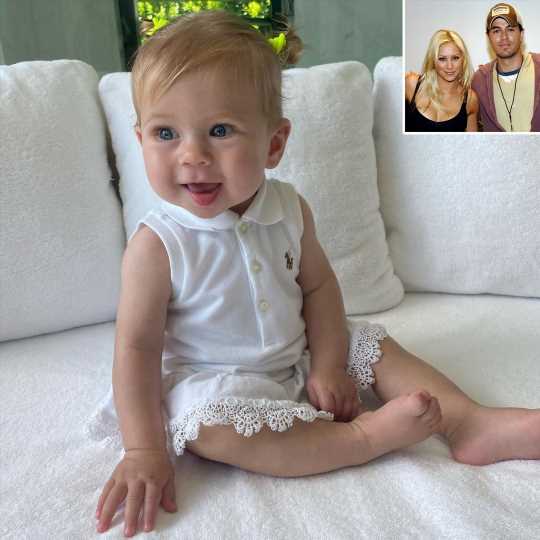 Anna Kournikova might have a future Grand Slam champion on her hands!

The retired tennis star posted a too-cute snapshot of her younger daughter, 7-month-old Mary, to Instagram on Wednesday, showing off her outfit that's perfect for the sport.

Sporting a big grin, baby Mary rocks a white collared shirt and white skirt with a lace trim, gazing slightly off camera with her blonde hair in tiny pigtails.

"My Sunshine," the new dad of three, 45, previously captioned a photo of himself in the hospital holding his then-newborn daughter, who was sporting a beanie topped with a bow.

The "Heart Attack" singer spoke with PEOPLE in March about welcoming Mary to the family, revealing her name and sweet Russian nickname: Masha. (Kournikova is from Russia.)

Iglesias also said the transition for the couple's twins to the role of older siblings has gone "very smoothly," sharing that Nicholas and Lucy "actually love" having a baby around the house.

Nicholas and Lucy were the first children for both the singer and former pro tennis player, who have been together for almost two decades.