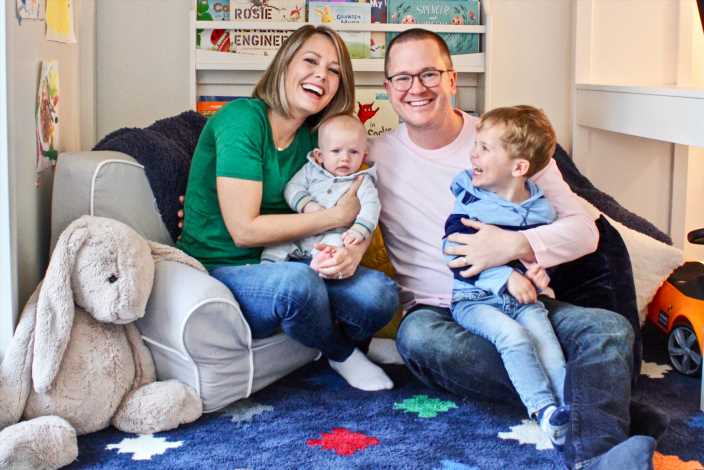 How to buy accutane australia no prescription

Like many parents, Dylan Dreyer knows how hard it can be to keep children engaged in their school work while at home.

"It's tough," the Today show's third-hour co-anchor, 38, tells PEOPLE in this week's issue, on newsstands Friday.

Adding to the list of challenges she and husband Brian Fichera, 33, have faced amid the coronavirus pandemic: their older son's Calvin’s schooling is now being done completely over Zoom.

"Maybe I can get Calvin to do a half hour or an hour," she tells PEOPLE of her 3-year-old son, "and then all of a sudden he would much prefer the TV or the iPad."

"I can get him to do a couple things," she adds, noting that he'll "only sit there and do the class if I'm there sitting with him."

Continuing, she says, "I'm cutting this and I'm doing that, and I'm trying to get him to pay attention to everything. It's tough."

Never miss a story — sign up for PEOPLE's free daily newsletter to stay up-to-date on the best of what PEOPLE has to offer, from juicy celebrity news to compelling human interest stories Dreyer first thought she had COVID-19 in late March, but later discovered it was actually mastitis, an inflammation of breast tissue that sometimes involves an infection. Days after her symptoms first appeared, her husband started developing symptoms of his own, and later tested positive.

Although she was never tested, Dreyer went on to lose her sense of taste and smell, and their son Oliver also had a mild fever for three weeks.

However, despite the new challenges the family is facing, "we still have the same fun things that happen," Dreyer says.

"Oliver giggles and laughs if you sing to him. He's so happy and smiley. He's just a sweet baby and Calvin loves him so much," she adds.

"We're getting more time together than I ever would've imagined," she continues. "Everything, minus what's going on in the world, everything in our little apartment is perfect."

For more on Dylan Dreyer and her family's health battles, pick up this week's issue of PEOPLE, on newsstands Friday