After interviewing P1Harmony about all things beauty back in April via Zoom, we are now breathing the same stale office-building air in New York City. As they sit around a long conference table with me, and one of the members of the beloved rookie K-pop group is texting his mom — an interview first for me. Jeongseob isn't being rude, though. He just wants to know what time he was born, so he can figure out what his rising sign is. It's about 3 a.m. in Korea, but Jeongseob's mom answers, 4:53 p.m.

P1Harmony's staff requested I talk about astrology with the sextet while they are in town, mostly because the members have strong opinions on their star signs, and I love an opportunity to flex my zodiac knowledge. I was warned that Keeho, in particular, is a non-believer. In-person, he confirms this, noting his older sister got him into it when he was younger. These days, however, "I think my personality changes a lot, so it doesn't match at all," Keeho explains. (Spoiler alert: It actually does to a T, but I'll get into that soon enough.) Intak also firmly believes he's nothing like a typical Virgo.

As the popularity of both astrology and P1Harmony rises, fans are more curious than ever about the members' birth charts. Keeho even admits they often ask him what time he was born at, not realizing they want to dig into his Big Three. Jiung, on the other hand, is grateful that his fans care enough to understand them on an astrological level. "If I like someone, too, I would like to know about her or him more, so it's great," he says.

Well, during our interview, I got to delve into the personality traits of each member of P1Harmony to see just how closely they align with their sun signs and realized just how close the boys have become since debuting a year ago.

"I go with the flow," Theo tells me, spoken like a true water sign. In fact, his moon sign is even in Scorpio. Unlike Keeho and Intak, Theo believes the description of a Cancer was written with him in mind. Born July 1, 2001, he checks off the classic traits of being emotional and intuitive when I list them off for him. 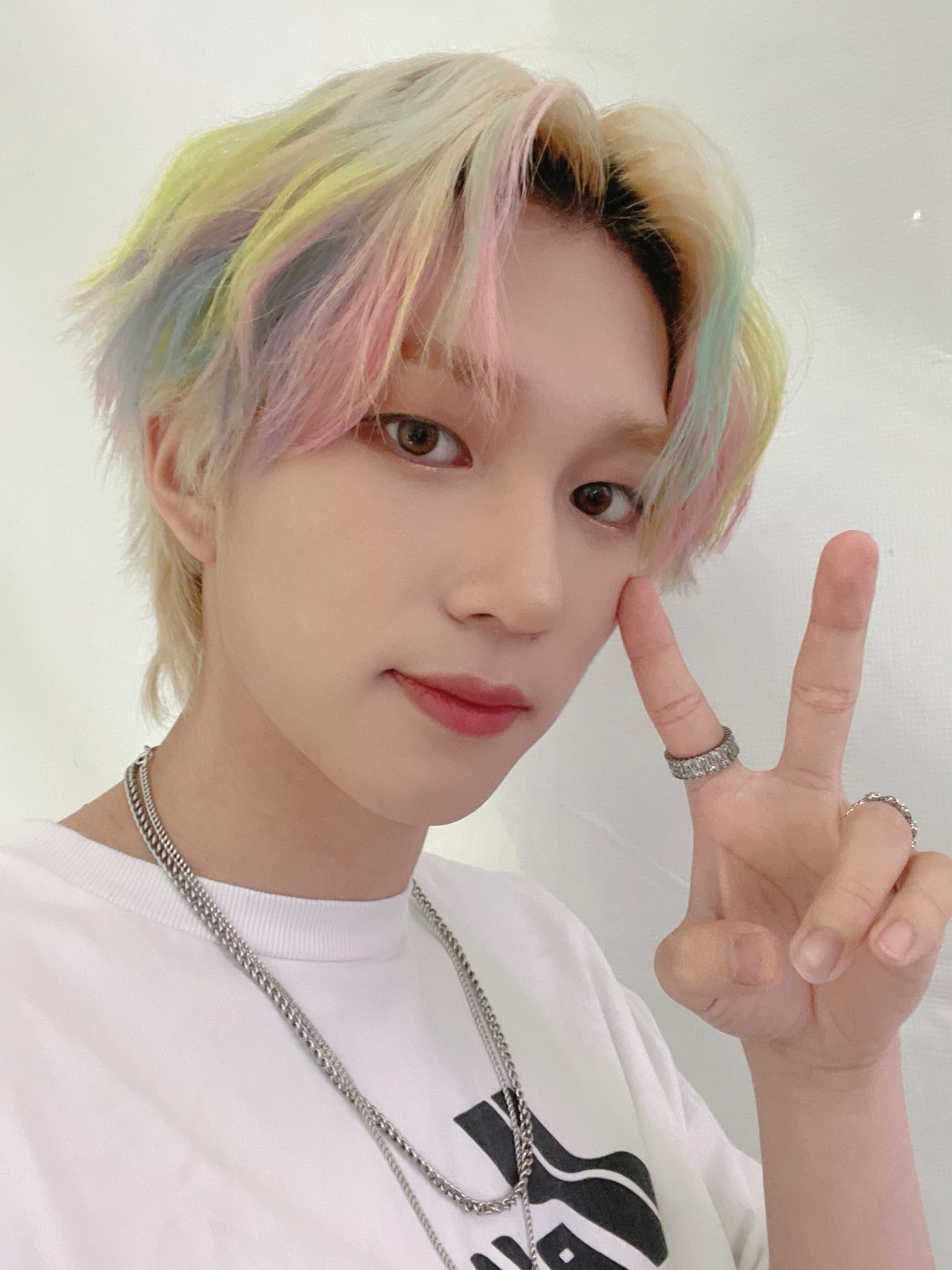 When his feelings get intense, he translates them into beats or calls up a friend to talk them out. And sometimes, when he's having a particularly good day, he'll go on YouTube and look for videos to intensify his positive vibes and vice versa for sad days. "But the funny thing is I'll sleep it off," Theo adds. "The next day will be as if it didn't happen." That might be his Virgo rising showing, though.

However, when I ask if he's a homebody — a classic Cancerian characteristic — Theo immediately says he isn't one. "Not at all," Keeho adds, laughing. Instead, Theo prefers to constantly be out and about around people. Like a true Cancer, though, he tends to get along with everyone he meets along the way.

Intak, born August 31, 2003, has every right to be skeptical about his sun sign. He's the least Virgo-y Virgo I've ever met. Also, his moon, I later find out, is in Libra, which still doesn't make sense to me. Alas, when I ask him to describe himself, he tells me ones he often hears others say about him: sweet, nice, confident, and very emotional. Interesting.

But is he logical and organized? Nope, not at all. Intak definitely doesn't have the stereotypical Virgo type A personality, based on my observations. Instead of calculating his next moves, Intak prefers to get lost in thoughts of alternate dimensions. He truly believes other universes exist beyond the one we're living in. In times of stress, his mind escapes to these scenarios. 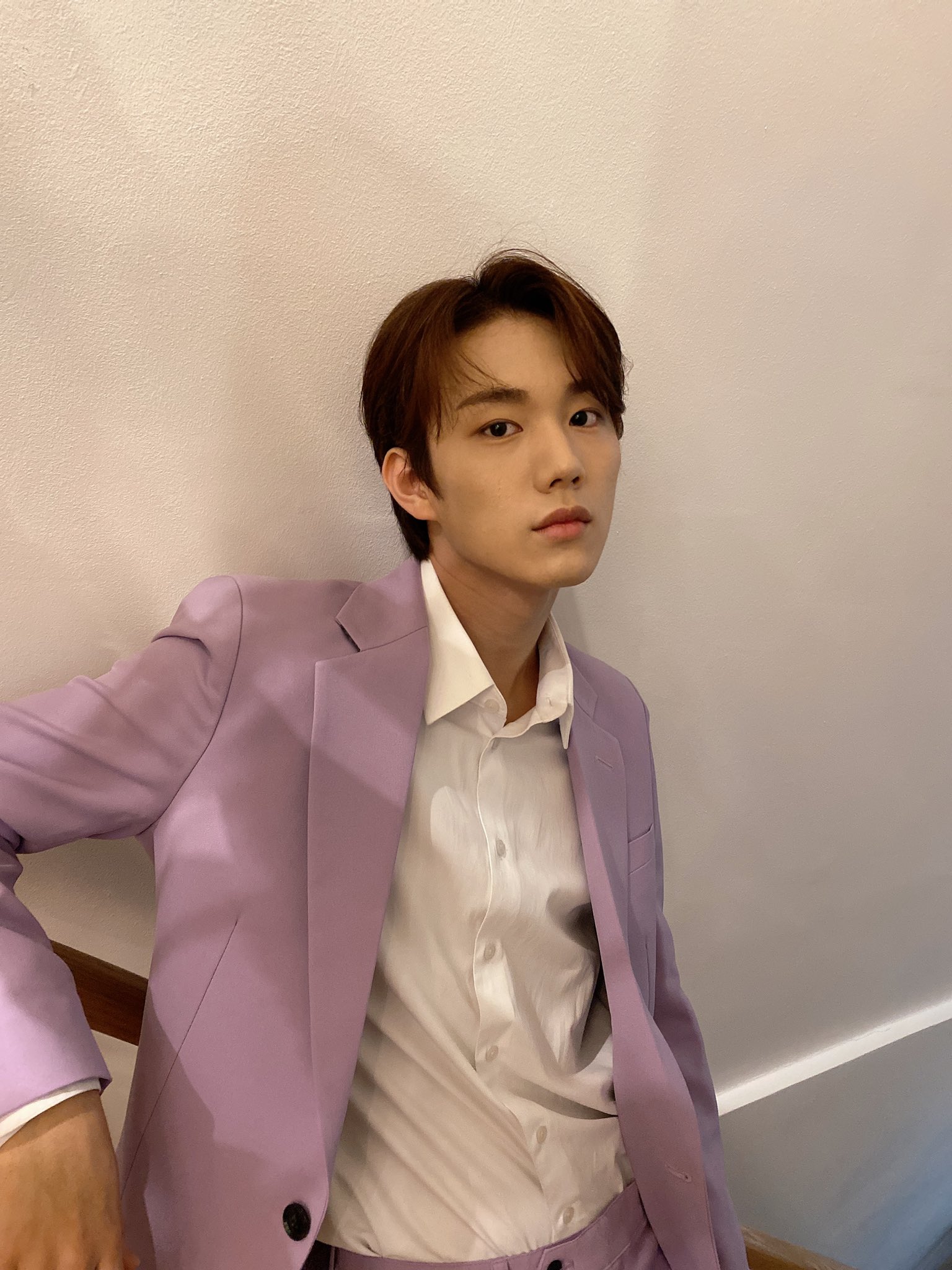 "My imagination is very vivid," Intak shares. "I really want to try to time travel." Someone on his team even shares he's very into manifestation right now. Intak goes on to tell me how he once saw a scene from the live-action movie Alice Through the Looking Glass where Alice transports to another world through a mirror. "I felt like I could do it, so I stood in front of the mirror and talked to myself about it," he recalls with full sincerity. "Even yesterday, I was thinking about how I can go back in time. I went under the covers…" Before he could finish his story, Keeho interrupts to say, "You still do this?" Then, he turns to me and adds, "He believes he can. He does this often."

I circle back to this conversation after the official interview is over. Intak clarifies he only wants to travel back in time — never to the future. He's often plagued with what-ifs about decisions he makes, so the thought of manipulating time and space helps him play out alternate timelines where he makes different choices. See, Intak is fascinatingly unaligned with typical Virgoisms.

Honestly, if you ask me, Keeho was divinely supposed to be a leader of a K-pop group. Born September 27, 2001, in Toronto, Canada, his sun and Mercury are in Libra — the sign of balance and diplomacy. According to astrologer Alice Sparkly Kat, those with Mercury, the planet of communication and work, placed in Libra excel at making the intelligence of the group stand out. Case in point: Keeho's color commentary on every member's self-description that I witness. 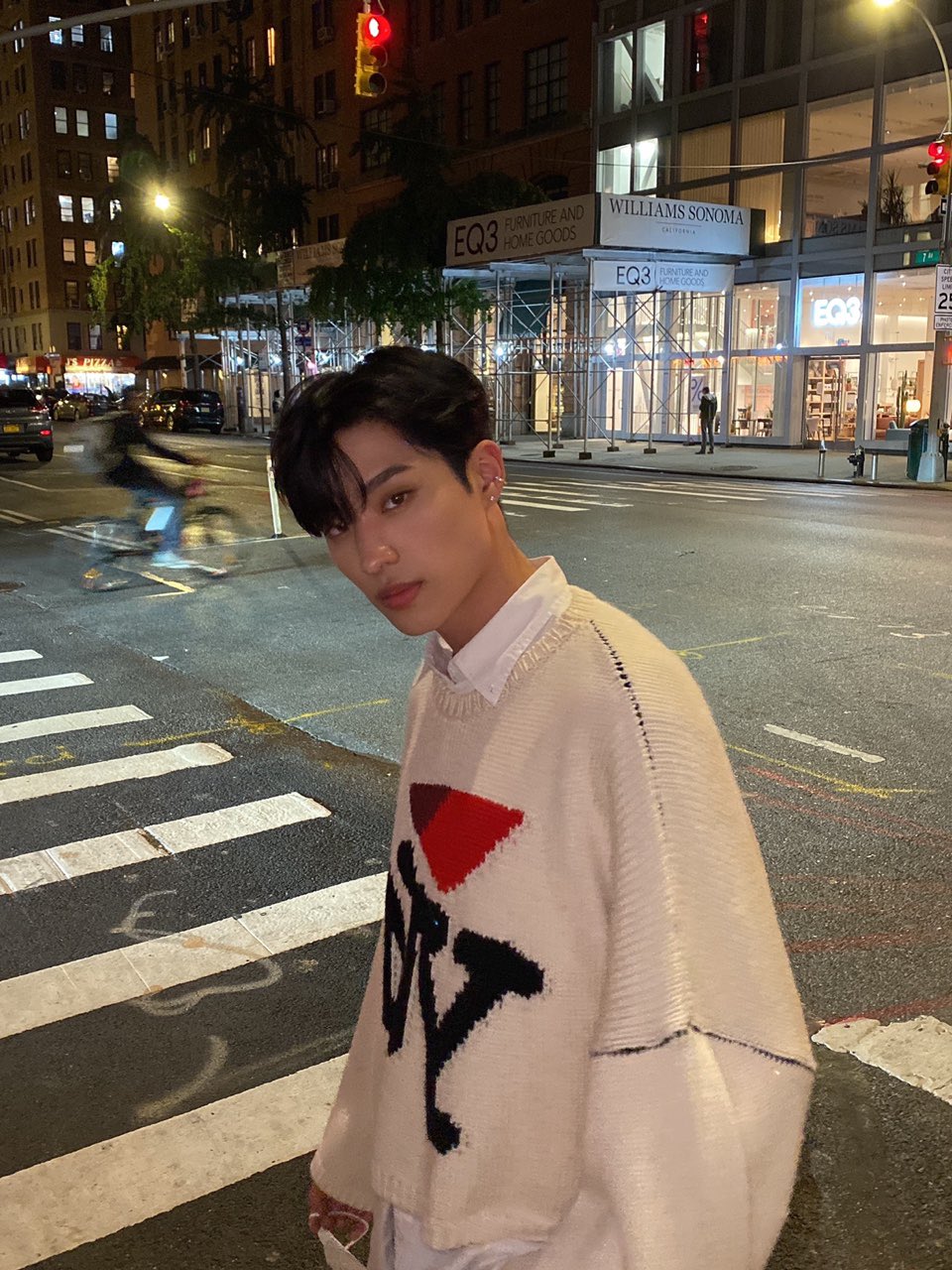 As for Keeho's personal definition of himself, he says he's assertive, charismatic, and honest. "I'm good at small talking and getting along with people," he explains. All of the members agree Keeho is the most outgoing member. But having a deep conversation with someone he just met? Maybe not. He likes to take a beat to discern whether the person would understand him and what kind of topics he'd feel comfortable diving into with them.

When not working, Keeho is a man who swears by the power of retail therapy, which — sorry to break it to you, Keeho, is extremely Libra-like of you. He loves shopping, putting together outfits, and putting on fashion shows for himself at home. Keeho's aesthetic can't be pinpointed to one word, though. "It changes all the time," he explains.

All the way in Seoul, Jiung was born days after Keeho on October 7, 2001. Although they share the same sun sign, Keeho points out that people often think they aren't similar at all. "But in really strange ways, we are," he says. "We overthink a lot and feel the need to take control and make  sure everything's going according to plan." They both like to make sure everyone is on the same page and are most likely to take the most responsibility in the group. Jiung agrees, adding Keeho is one of the few people he can confide in. 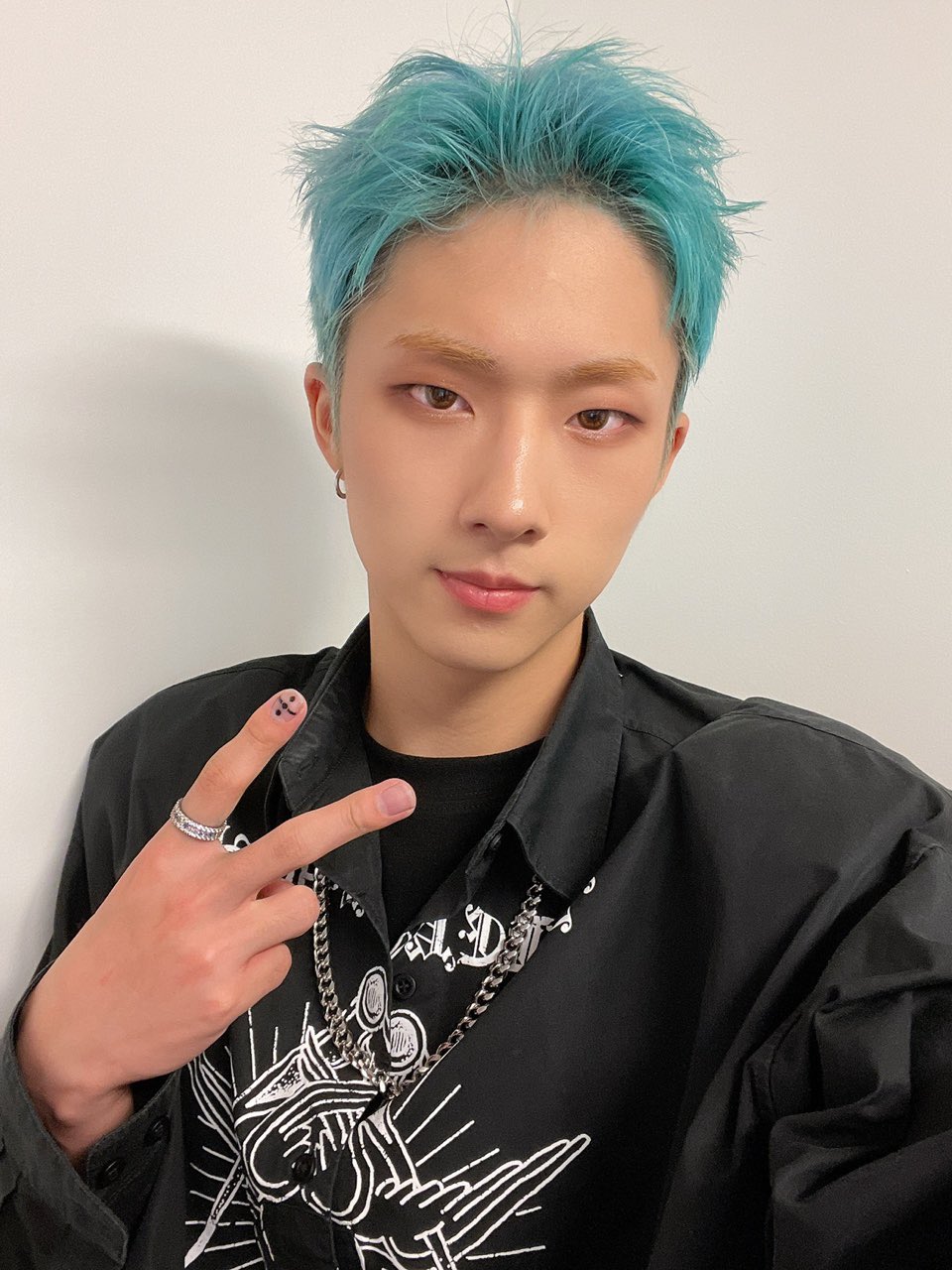 Drawing is also a shared passion of theirs. The difference is Keeho scribbles without rhyme or reason, while Jiung doodles his emotions. "The theme of the drawing itself won't realistic, but, for example, a hand, face, or object in the picture itself is as realistic as it is," Keeho explains. As he says this, I notice Jiung took a Sharpie to his nails to create his own nail art of bubble-like question and exclamation marks.

According to Jiung, his art helps him sustain his childlike wonder. He even tells me about a time he did a past life regression mediation and vividly pictured himself as a young girl in worn-out clothes running through a grassy field in the 1700s. He lived on a farm somewhere in Europe with his father.

Unlike Keeho, though, Jiung is very clear about what he likes and dislikes. Also, out of all the members of P1H, he is the best at reading people by observing their facial expressions and body language. "I can tell the good and bad about people," Jiung says. "I'm usually right about it"

At nearly 16 — his birthday is on November 19 — Jeongseob is not only the youngest of member P1Harmony, but he is also one of the youngest K-pop stars in the game right now. He is wise beyond his years, though, and has the maturity level of someone much older. If you ask Jeongseob, he is, in fact, mature. However, Theo cackles when Jeongseob brings this up, and a debate commences in Korean. The translator finally sums up their thoughts as, "The members are saying, on the outside, Jeongseob is very mature but, inside, he's very much a baby." I mean, his mom does text him back at all hours of the day and his ascendant is in Virgo, so take that as you will. 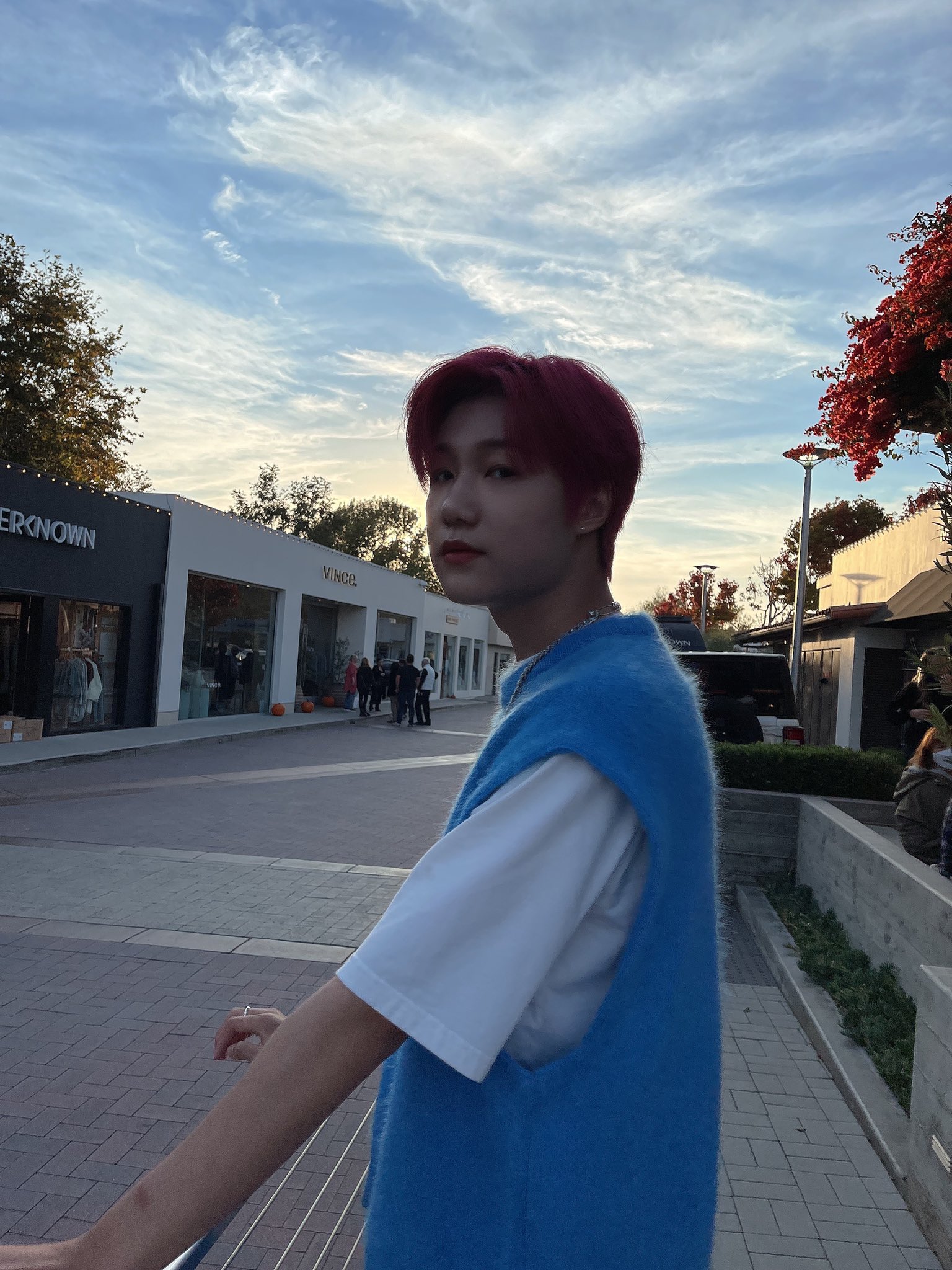 When reading up on Scorpio's defining attributes recently, Jongseob says he was surprised how much they aligned with his own personality. He, too, is always thinking, never letting his mind rest for a second. Best described as passionate, Jeongseo puts his all into matters that interest him to the point of perfectionism, he mentions. But if he's not into whatever requires his attention, he doesn't mind not giving it 100 percent of his effort.

Incredibly introspective, Jeongseob often jots down his thoughts into a notebook with a pencil. Instead of simply writing down, "Today, I'm sad," he says he prefers to be more abstract with his words. "Even when I reread what I write, the [interpretation] is different every single time," Jeongseob admits. "I like to write down things that are very open-ended so if anyone were to read it, everyone has a different take." He denies they are like poems, though, interestingly enough.

The members also attest to Jeongseob being experimental, especially when it comes to food, Jiung says. Supposedly, the youngest is known to cook some weird meals up in their kitchen. He's also the type of person to make no effort to leave the house if he doesn't have plans. But in true Scorpio sun, Cancer moon fashion, "Jeongseob regularly has to go see the ocean," Jiung remarks.

Soul, who entered the world on February 1, 2005, may not be the most talkative member of P1Harmony (Jeongseob claims that title, according to Jiung), but he is one of the most animated. When he does speak up, he tells me he's free-spirited, moves at his own pace, and has his own personal style — all incredibly Aquarian of him. "I'm a little weird," Soul shares before mentioning he's a lucid dreamer who loves being at home. "I think he's the weirdest," Jiung adds. "He lives in a different world." 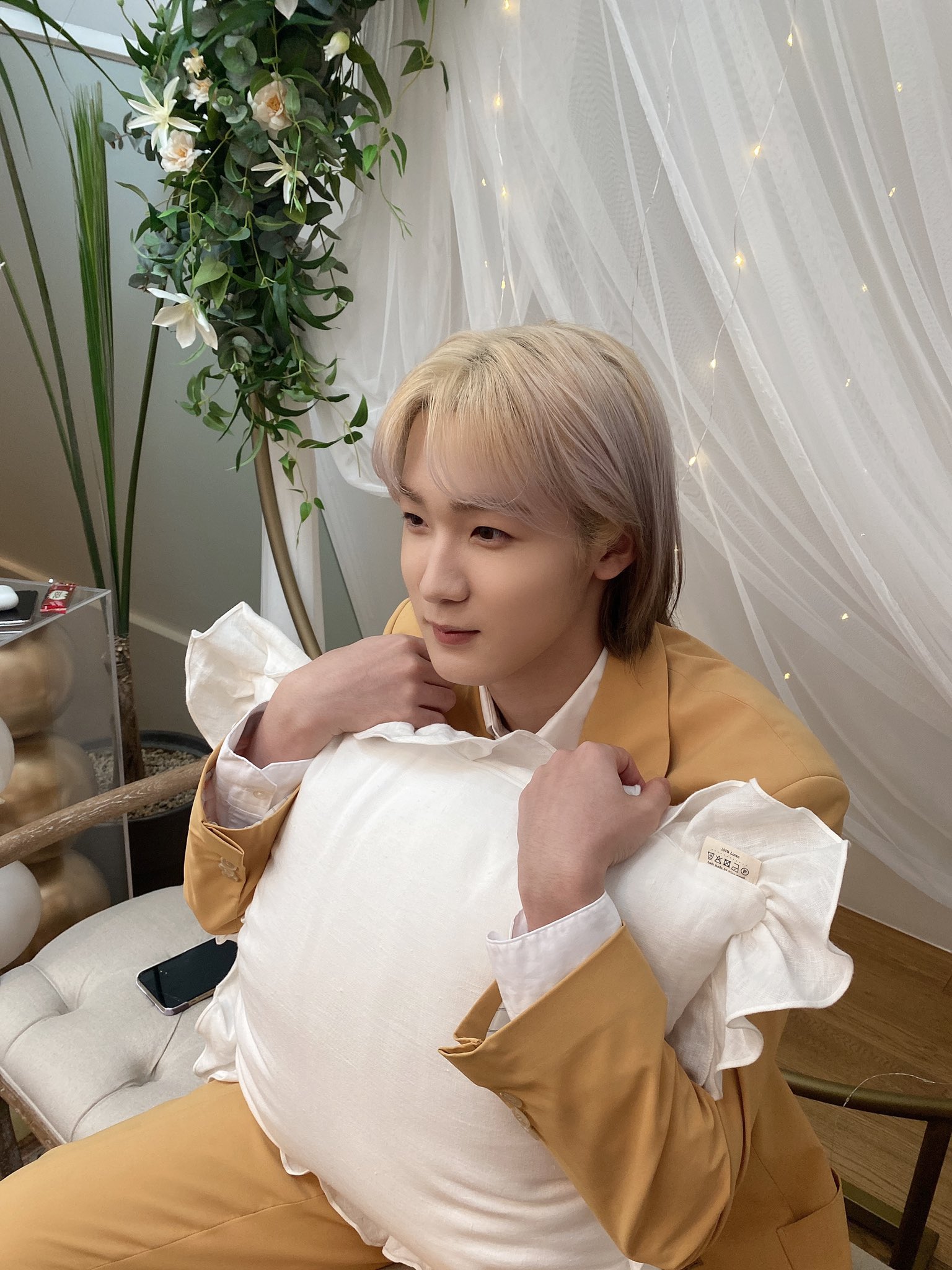 Every night, Soul often has nightmares that pick up where the night before's left off in a realm where fantasy and reality combine. However, let's say he were to die in a dream, Soul can make another decision and shift to another timeline. Plus, if he gets hurt in his dream, "I can actually feel the pain, and I will wake up," he says.

Before I leave the conference room, Soul stops me to ask if he matches his sign. I'll let you all answer that question for him.