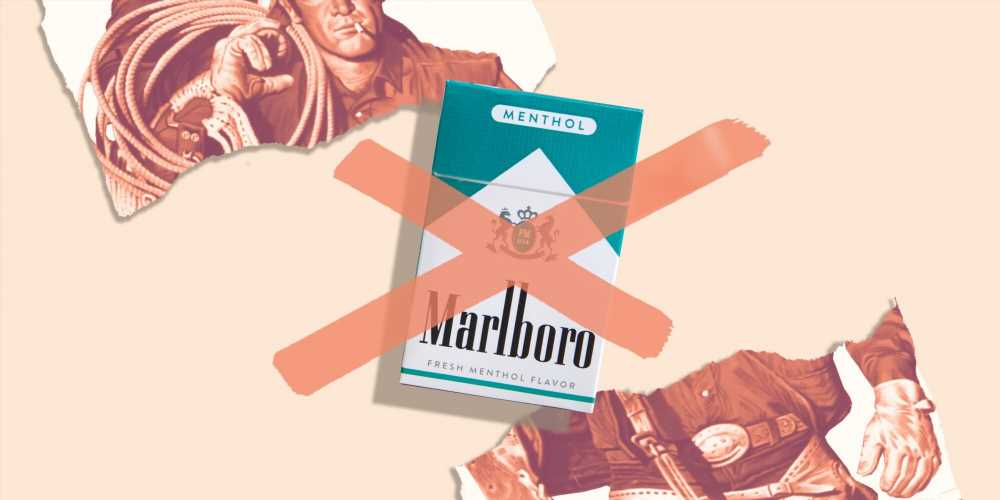 The US Food and Drug Administration (FDA) announced today that it plans on taking steps within the next year to ban menthol cigarettes and flavored cigars (including those flavored with menthol).

"Armed with strong scientific evidence, and with full support from the [Biden] Administration, we believe these actions will launch us on a trajectory toward ending tobacco-related disease and death in the US," Acting FDA Commissioner Janet Woodcock, MD, said in a statement.

In fact, studies have shown that banning menthol cigarettes in the US could lead 923,000 people to quit smoking in the first 13 to 17 months after the ban goes into effect and could also prevent 633,000 smoking-related deaths, as the FDA pointed out in its announcement.

But, like many people, you may be wondering why ban menthol cigarettes and flavored cigars specifically? Here's what you need to know.

Menthol is a chemical compound that can either be found naturally in peppermint and other similar plants or made in a lab, according to the Centers for Disease Control and Prevention (CDC).

Basically, tobacco companies add menthol to cigarettes makes them more palatable—especially to new smokers and young people: "Menthol in cigarettes creates a cooling sensation in the throat and airways when the user inhales, making cigarette smoke feel less harsh on the user," the CDC reports.

Why is this ban targeting menthol cigarettes and flavored cigars?

In 2009, the Tobacco Control Act banned cigarettes with characterizing flavors (aka, cigarettes that have a distinct taste, such as cherry or chocolate). The only exception to that flavor ban was cigarettes that taste like menthol.

After that ban, people turned to flavored cigars, with those sales sharply increasing. As the FDA explains it, "the public health goals of the flavored cigarette ban may have been undermined by continued availability of these flavored cigars."

The action to ban menthol cigarettes and flavored cigars is being taken now because of a citizen petition that was submitted to the FDA back in 2013. The petition, which was submitted by the Tobacco Control Legal Consortium and a host of other national organizations, urged the FDA to prohibit menthol as a characterizing flavor in cigarettes and remove menthol cigarettes from the market. The deadline to respond to the petition was April 29, 2021, according to The Washington Post.

The FDA hopes the bans will have a particularly impactful effect on those who are disproportionately affected by the products, including communities of color and low-income populations, who are much more likely to use them, according to Dr. Woodcock.

The president of the NAACP, Derrick Johnson, tweeted his support for the move, saying "it's about time we prioritize the health and wellbeing of African Americans."

As far as cigars, nearly 74% of people between the ages of 12 and 17 who use cigars say they do so because the cigars come in flavors they like. And according to the FDA, more young people tried a cigar every day last year than tried a cigarette.

"These flavor standards would reduce cigarette and cigar initiation and use, reduce health disparities, and promote health equity by addressing a significant and disparate source of harm," Mitch Zeller, director of the FDA's Center for Tobacco Products, said in the statement. "Taken together, these policies will help save lives and improve the public health of our country as we confront the leading cause of preventable disease and death."

In its statement, the FDA said that the ban will not be enforced against individual consumer possession or use, but rather the manufacturers, distributors, wholesalers, importers, and retailers of the products.

The ban can't go into effect now because it first needs to go through a legal public comment period, according to CNN. The FDA says that, in the meantime, it will help to provide support for those who will be trying to quit their smoking habit due to the planned ban.