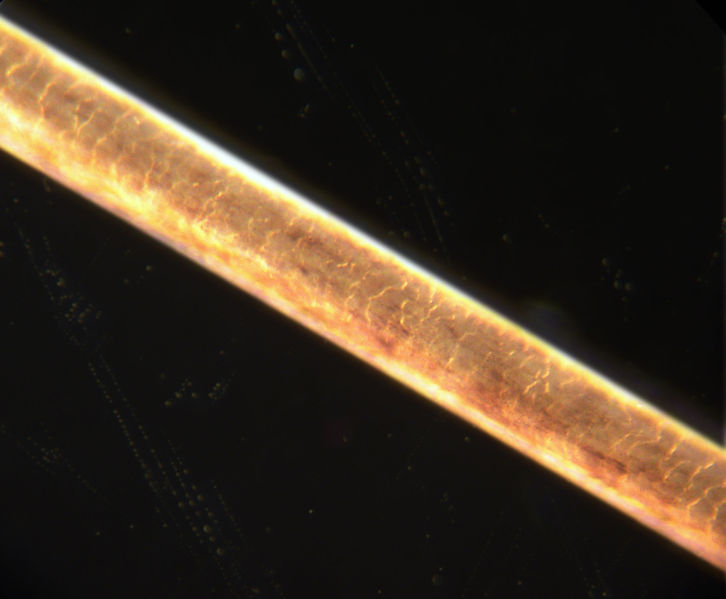 Why do humans have hair on our arms and legs but not on the palms of our hands and the soles of our feet? It’s a fundamental question in human evolution that researchers at the Perelman School of Medicine at the University of Pennsylvania say they’ve found clues to in a new study. Their findings reveal the existence of a naturally-occurring inhibitor secreted in developing hairless skin which blocks a signaling pathway, known as the WNT pathway, that controls hair growth. Cell Reports published the study today.

“We know that WNT signaling is critical for the development of hair follicles; blocking it causes hairless skin, and switching it on causes formation of more hair,” said the study’s co-senior author Sarah E. Millar, Ph.D., the Albert M. Kligman Professor in Dermatology and Director of the Penn Skin Biology and Diseases Resource-based Center. “In this study, we’ve shown the skin in hairless regions naturally produces an inhibitor that stops WNT from doing its job.”

That natural inhibitor is Dickkopf 2 (DKK2)—a protein that is found in specific embryonic and adult tissues where it plays a variety of roles. Researchers tested plantar skin from mice—roughly the equivalent of the underside of the human wrist—and found that DKK2 was highly expressed. Furthermore, when they genetically removed DKK2, hair began to grow in this normally hairless skin region.

“This is significant because it tells us WNT is still present in hairless regions, it’s just being blocked,” Millar said.

Some mammals, such as rabbits and polar bears, naturally develop hair in their plantar skin. Millar’s research group found that, unlike in mice, DKK2 is not expressed at high levels in rabbit plantar skin, explaining why hair can develop there. These findings suggest that production of DKK2 in specific skin regions has been altered during evolution to allow different patterns of hairless or hairy skin to form according to the needs of the animal.

Hair follicles develop during fetal life, but their production stops after birth. As a result, hair follicles fail to re-grow after severe burns or extensive, deep wounds in the skin. Millar and her team are now investigating whether secreted WNT inhibitors suppress hair follicle development in these scenarios.

While some regions of the human body are naturally hairless, others become so due to a variety of diseases. According to the American Academy of Dermatology, more than 80 million people in America have androgenetic alopecia, also called male- or female-pattern baldness. Genome-wide association studies have identified DKK2 as a possible candidate gene associated with this condition, suggesting it as a potential therapeutic target.