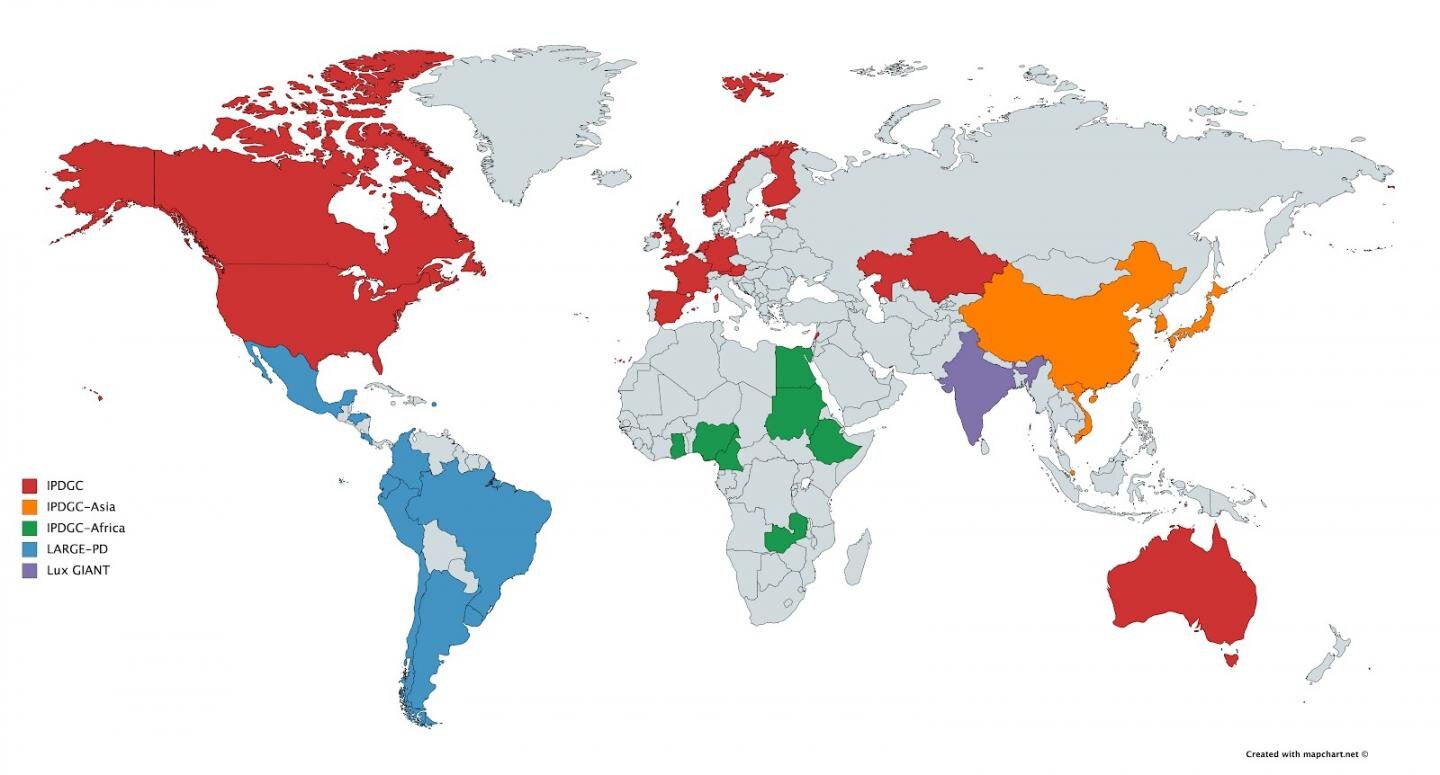 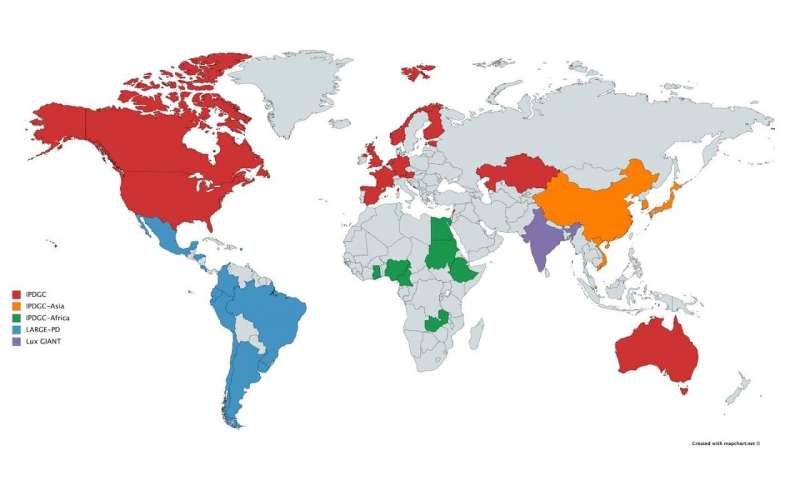 The International Parkinson Disease Genomics Consortium (IPDGC) has now been in existence for ten years. In an article published in the Journal of Parkinson’s Disease the consortium reviews the progress made over the past decade in the genomics of Parkinson’s disease (PD) and related disorders including Lewy body diseases, progressive supranuclear palsy, and multiple system atrophy and looks ahead at its future direction and research priorities.

Since PD was first defined, it has been suspected that there was a genetic component. In June 2009, a small group of investigators met to discuss a potential research alliance focused on the genetics of PD. The outcome was the creation of the IPDGC, a group focused on collaborative genetics research, enabled by trust, sharing, “and as little paperwork as possible.” This article summarizes the efforts of the IPDGC to date and places these in the context of a decade of progress in PD genomics. It also discusses the future direction of IPDGC and its stated research priorities for the next decade.

“The IPDGC was born out of a realization that no single investigator could deliver on the promise of modern human genetics in isolation,” explained lead author Andrew Singleton, Ph.D., Laboratory of Neurogenetics, National Institute on Aging, National Institutes of Health, Bethesda, MD, USA. “We realized that to truly leverage the incredible gains in genetic technologies in the PD space, at scale, would require a highly collaborative approach. This notion brought a small group of PD geneticists together with the common goal of building an effective, transparent, and functional collaboration.”

Since its inception, the IPDGC has grown considerably, now including more than 100 scientists from around the world with meetings at least once a year. The focus has also expanded to include clinical and functional investigation of PD at scale. Most recently, the IPDGC initiated major research efforts in East Asia and Africa and has prioritized collaborations with ongoing major efforts in India and South America.

“The coordinated analysis of genome-wide association (GWA) data was perhaps the first success for IPDGC and has continued to be a mainstay of our work,” noted Dr. Singleton. This work has centered on available genome-wide SNP genotyping of IPDGC members’ case and control cohorts from the USA, Canada, England, Wales, The Netherlands, France, Germany, Italy, Spain, Austria, Finland, Norway, Estonia, and Australia. These studies have involved collaboration within IPDGC and with groups from industry, including Genentech and 23andMe. The source diversity and size of these sample series have grown considerably, from the first efforts that centered on around 1,500 cases and a similar number of controls, to the most recent effort that included dense genotyping in more than 50,000 cases and proxy-cases, and around 1.4 million controls. As in other disorders, as sample size has grown, so has power and the number of loci detected. Currently, there are about 90 known risk variants for PD.

Collaboration among IPDGC members has furthered knowledge, including:

The importance of the dissection of genetic risk in non-European ancestry populations has led the consortium to invest more in establishing research in underrepresented groups. With the support of the Michael J. Fox Foundation for Parkinson’s Research, the IPDGC has initiated largescale efforts in South East Asia and China and across Africa. It is also working closely with collections centered in India, LUX-GIANT, and LARGE-PD.

“The field of PD genetics is one that has changed dramatically over the last ten years,” commented Dr. Singleton. “There has been an exponential growth in our appreciation of the genetic architecture of the disease and a greater understanding of how to proceed with genetic prosecution of PD.