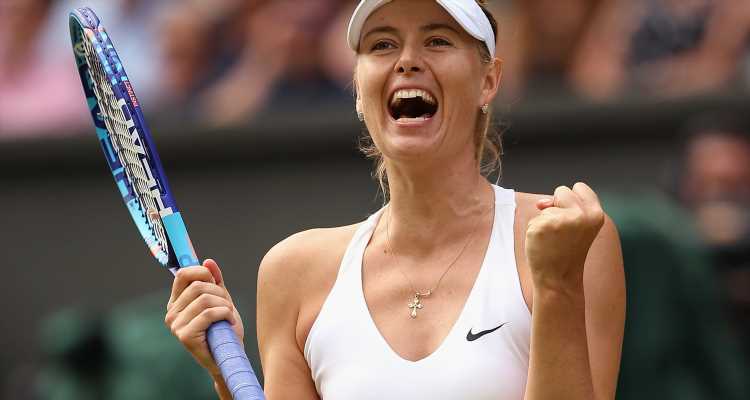 “I’m new to this, so please forgive me. Tennis – I’m saying goodbye,” she wrote.

As for why she didn’t break the news ahead of her last match, she told the New York Times: “I don’t feel I need to go on the court for the entire world and every fan to know that this is my last time on the court. Even when I was younger, it was not the way I wanted it to end.”

Many fellow athletes – and opponents – took to social media to congratulate Maria on a stellar career that spanned more than 15 years.

“Congrats an amazing career and good luck on the next chapter,” Donna Vekic, who knocked Sharapova out of the first round of the Australian Open this year.

“From the day @MariaSharapova won her first #Wimbledon title at age 17, she has been a great champion,” added Billie Jean King. “A 5x major champion and a former World No. 1, her business success is just as impressive as her tennis achievements. Maria, the best is yet to come for you! #MissYouMaria”

Novak Djokovic paid his tributes to Maria after his quarter-final win in Dubai.

“She has the mind of a champion, someone that never gives up. She’s shown that especially in the last five years,” he said in the post-match interview.

“For someone that has won five grand slams and has been No.1 in the world, legend of the sport, it’s not easy to kind of restart all over again. She has done that so many times in the last five years. Respect, great respect for her. I wish her huge relief, I’m sure she’s feeling huge relief right now. She should definitely be proud of everything she achieved.”

We couldn’t have said it better ourselves, Novak.