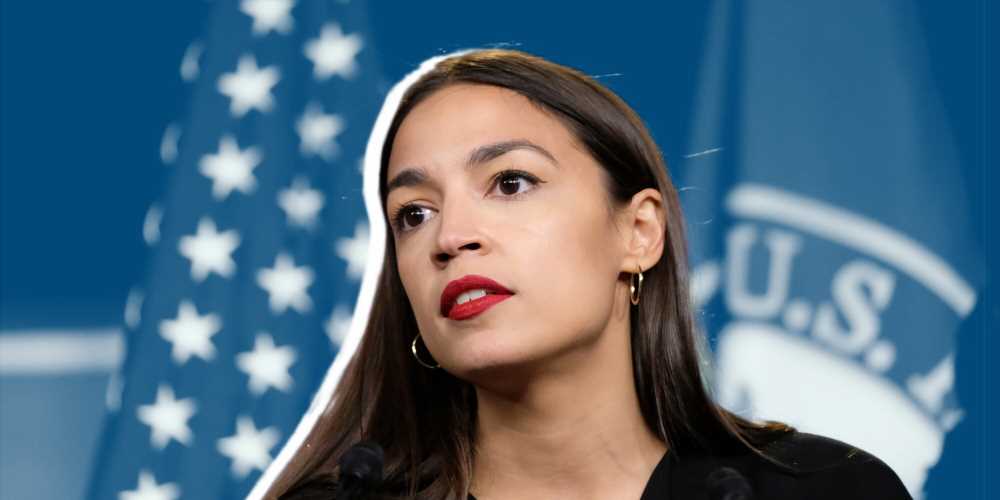 After the events of the Capitol insurrection on January 6, Rep. Alexandria Ocasio-Cortez let people know on Twitter that she was safe. She also hinted at the time that she would give more details about her experience in the future, writing, "I'll tell y'all about it later."

Now, it looks like "later" has come: Ocasio-Cortez opened up about the details of her experience in a lengthy Instagram Live video Monday night, and it's hard to hear. In the video, the 31-year-old congresswoman emotionally detailed exactly what she went through when armed insurgents broke into the Capitol building.

Ocasio-Cortez said the experience "felt like a zombie movie," pointing out that she was running through the building in heels. She and a staffer locked themselves in her office bathroom and, at one point, a Capitol police officer who she mistook for a rioter banged on her door. She said she heard someone yell, "'Where is she?' And I just thought to myself, 'They got inside,'" she recalled. "I thought I was going to die."

Ocasio-Cortez said that she and her colleague realized that this was a police officer but she still felt afraid, noting that he "was looking at me with a tremendous amount of anger and hostility."

They were told to go to another building but weren't given specifics, so Ocasio-Cortez and her staffer barricaded themselves in Rep. Katie Porter's office, pushing furniture up against the doors. Ocasio-Cortez said that she and Porter went through staffers' things to try to find workout clothes to slip into so that they could blend into the crowd if they needed to go outside.

Ocasio-Cortez also said that she's been triggered by some members of Congress who are suggesting that their colleagues simply move on from the violent encounter. "The reason I'm getting emotional in this moment is because these folks who tell us to move on…that we should forget…these are the same tactics of abusers," Ocasio-Cortez said. "I'm a survivor of sexual assault."

She continued, "When we go through trauma, trauma compounds on each other. 'Can we just forget this happened so that I can do it again without recourse?' And that's what these folks are asking," she said.

Ocasio-Cortez said she felt it was important for her to speak out about her experience. "As a survivor, I struggle with the idea of being believed," she said.

Many people have since spoken out on social media in support of the congresswoman.

"I know what their talking point is going to be they're going to say that @AOC was exaggerating and every woman who has ever been terrorized knows that's not even the half of it," one tweeted. "it's almost impossible for y'all to know what that feeling actually is unless you've survived it."

"Hugs Congresswoman. You are unbelievably brave," someone wrote in the comments of Ocasio-Cortez's Instagram post. "I'm a survivor too, thank you for sharing 💕💕," another said.

AOC's emotional comments raise a lot of questions, including what happens when victims of trauma experience even more trauma in the future. Here's what you need to know.

First, what is trauma?

Trauma is an emotional response to a terrible event like an accident, rape, or natural disaster, according to the American Psychological Association (APA). Shock and denial are common immediately after the traumatic event, but people may experience other symptoms over the long term. Per the APA, those include:

These feelings are normal after experiencing trauma, the APA says, but some people have trouble moving forward.

"A traumatic event is something that really changes your view of the world," Luana Marques, PhD, associate professor in the department of psychiatry at Harvard Medical School and associate director and director of research at the Center for Anxiety and Traumatic Stress Disorders Program at Massachusetts General Hospital, tells Health. "After a traumatic event, someone might go from thinking that the world is safe and people are kind to the world is unsafe and people are going to hurt me." Even the act of someone getting close might remind a trauma victim of being assaulted, Marquez says.

How does trauma ‘compound’?

Ocasio-Cortez is right—new trauma can build upon previous trauma, Lily Brown, PhD, director of research at the Center for the Treatment and Study of Anxiety at the University of Pennsylvania Perelman School of Medicine, tells Health. She's actually published research on the topic, finding that people who struggled with post-traumatic stress disorder (PTSD) were more likely to experience suicidal thoughts after living through the trauma of a natural disaster than those who hadn't been through a previous trauma.

But, while Brown's research focused on people with PTSD, she says the same concept can be applied to people who lived through a trauma but didn't develop the mental health disorder. "There does seem to be a compounding effect," she says. "The more trauma you're exposed to, the greater you're likely to experience negative consequences from that."

Marques says that trauma can "absolutely" build with exposure to another trauma. "Even if you get some help and digest the original trauma, there can still be that very visceral experience of life being unsafe," she says. "I've seen this clinically many times."

Subsequent traumas can "trigger some memories where you feel like your life is being threatened again," Marques says, adding that additional traumas "might cement beliefs that the world is unsafe even further."

Past traumas can also trigger our brains to be on high alert for future similar situations. "Our brains are wired to help us survive in a crisis," Arianna Galligher, LISW-S, associate director at the STAR Trauma Recovery Center at The Ohio State University Wexner Medical Center, tells Health. "We remember details (colors, smells, sounds, textures, body sensations, etc.) so that if we're confronted with similar danger in the future we'll be quick to recognize it and respond accordingly. When our 'fight or flight' response is activated in response to a current stressor or crisis, this process can trigger memories of times in the past when we also had to fight to survive."

What should you do if you’ve been traumatized?

Seeking help is important. "Treatments like cognitive behavioral therapy can promote resilience in the future," Brown says. "It can do wonders to help patients feel empowered in the face of future trauma." (Cognitive behavioral therapy, in case you're not familiar with it, is a form of therapy that tries to help patients develop personal coping strategies to work through a range of mental health issues.)

But, Marques says, seeking treatment after an initial trauma isn't a guarantee that someone won't have difficulty with a future trauma. She recommends having "booster sessions" of therapy to help build on past learnings or, if you haven't had therapy in the past, seeking help for the first time.

And, if you've been through a trauma and aren't sure if you need professional help, Marques recommends trying this trick: If it's been a month and you're still struggling with symptoms, it's time to seek counseling.

Ocasio-Cortez later went on Twitter to thank people for "making the space for me," adding, "hope we can all make space for others to tell their stories in the weeks to come."