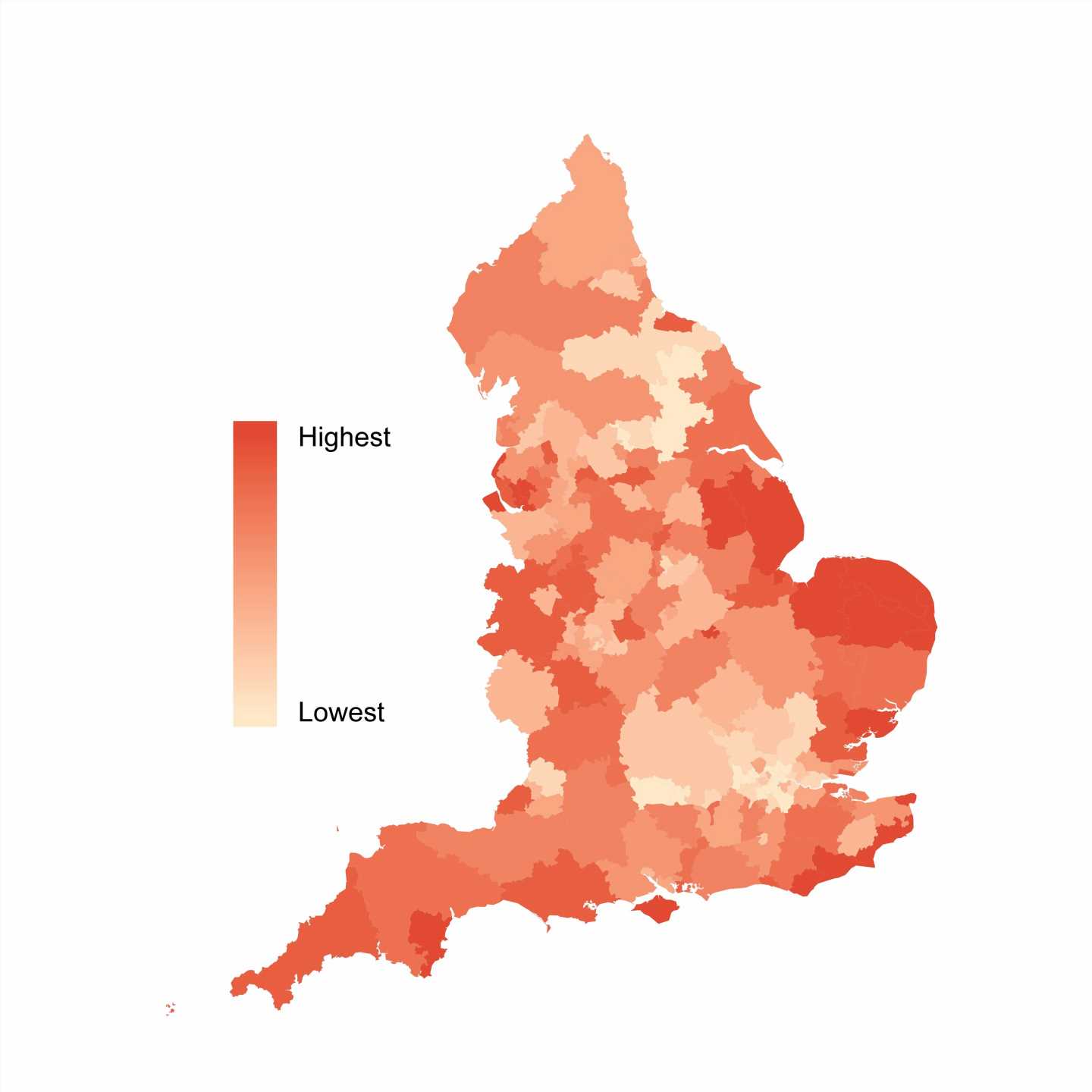 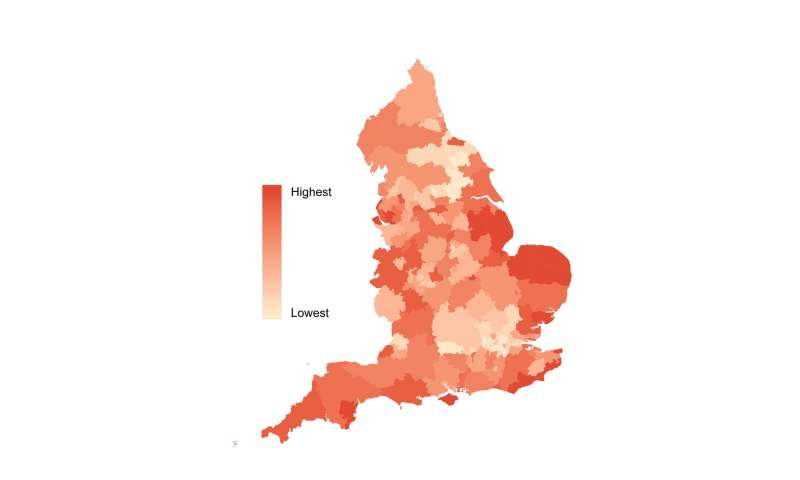 Prescriptions for drugs to treat anxiety, alcohol withdrawal and sleep problems are highest in the most deprived areas in England, according to a new study from the University of Warwick.

The specific group of drugs known as benzodiazepines and Z-drugs are often prescribed as sedation, to treat people with anxiety or as sleeping tablets. They can be commonly prescribed but usually for only for a short period of time to get a patient past an initial period of need.

A new study led by researchers from Warwick Medical School and published today in the journal Family Practice has analysed the rate of prescribing of these drugs in GP practices in England in 2017, and compared this to the estimated level of socioeconomic deprivation for each of these practices.

Lead author Dr. Saran Shantikumar, from Warwick Medical School, said: “The key result we found was there was an association between the amount of benzodiazepines prescribed in GP practices and the level of deprivation of people served by that practice.

“However, this is a very broad association. What we can’t tell from our analysis is which people within a given practice are getting those prescriptions. In fact, a recent report from Public Health England suggested that, if anything, individual patients from the least deprived practices were more likely to be prescribed these drugs. So we’re left with a conundrum: if fewer patients from the most deprived practices are being prescribed benzodiazepines, why do they tend to be prescribed higher volumes of them?

“One possibility is that the reasons for prescribing are systematically different between practices with high or low deprivation, and that those in more deprived practices are more likely to be given repeat prescriptions. Our finding that the relationship between deprivation and prescribing varied with different benzodiazepines lends some credence to that hypothesis.

“What clinicians can do is be aware that they may have patients who have been on these tablets for a long time and are potentially at risk, so it is worth actively thinking about whether a patient needs to continue taking those tablets or if there are alternative strategies.”

It is estimated that around 300,000 people in the UK are on long-term prescriptions for benzodiazepines or Z-drugs1, and a recent report from Public Health England found that 1.4 million people in England received a benzodiazepine prescription last year2. Often, those who are prescribed them as sleeping tablets are older people, but those who receive them for anxiety or alcohol control could be any age, and they are occasionally prescribed for acute back pain in younger people.

Problems develop when patients are taking them for a longer period of time; specifically dependency and addiction. They can also cause adverse effects. Benzodiazepines have been associated with an increased risk of falls, traffic accidents due to an impaired ability to drive, accidental overdose, impaired cognition and dementia. These effects are particularly marked in older people.

Dr. Shantikumar adds: “It is hard to quantify how much of a problem benzodiazepine addiction is because it’s not well publicised. The recent PHE report has confirmed that lots of people are taking benzodiazepines, a small number of whom have been prescribed them for some time. From my experience and others in clinical practice we know that there are people who have been taking these drugs for a long time who are struggling to get off them. Often people think that developing addiction to tablets is a silent problem, but due to the side effects it can manifest as physical problems for individuals themselves and to others.

“Ultimately, we’d like to specifically identify the individual and GP practice characteristics which may be the driving factors behind long-term benzodiazepine use. Ideally, GPs would be supported to identify long-term users systematically and to provide alternative management options to reduce their risk of side-effects and dependence.