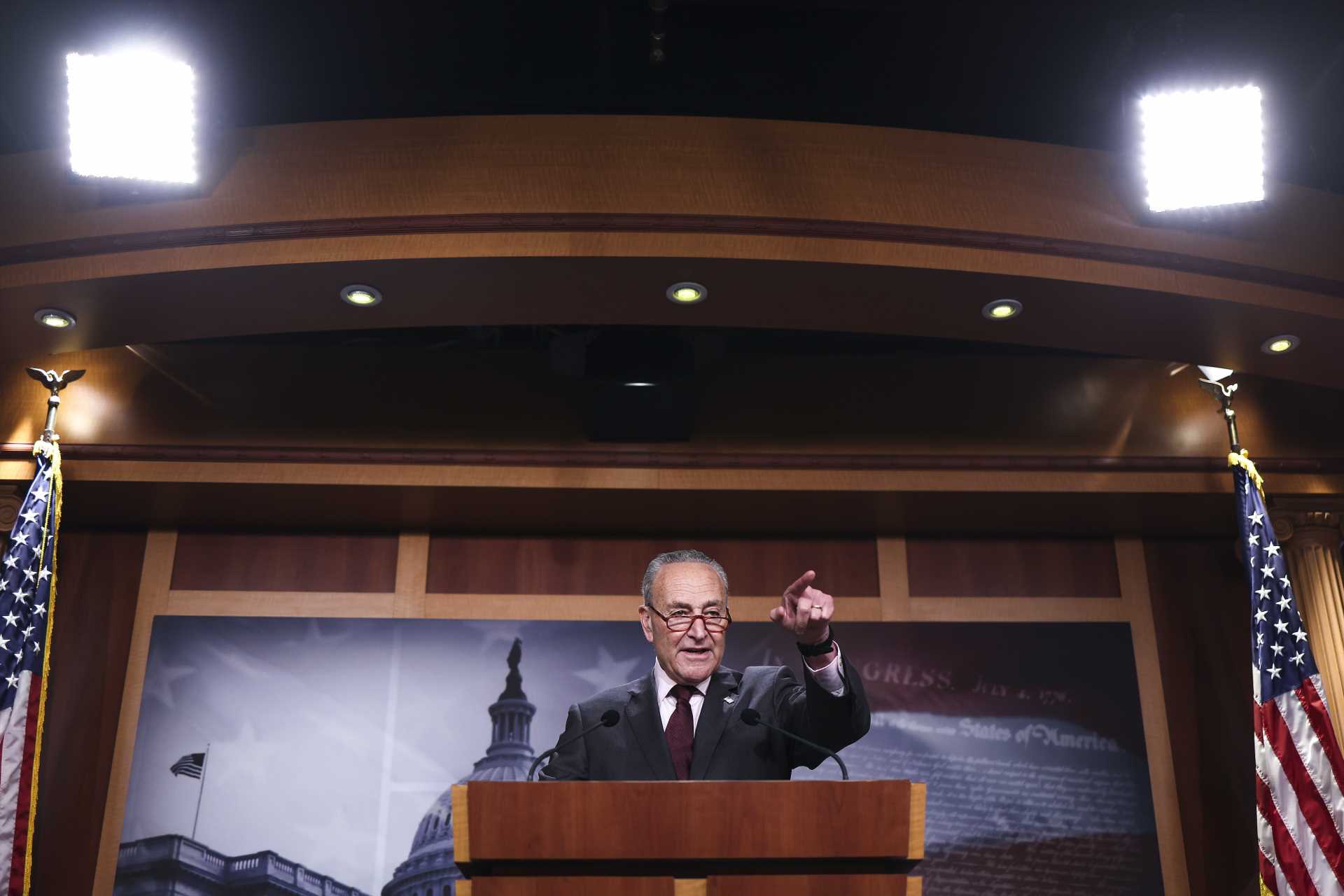 The giant health care, climate, and tax bill expected to pass the House on Friday and be sent to the president for his signature won’t be as sweeping as the Democrats who wrote it had hoped, but it would help millions of Americans better afford their prescription drugs and health insurance.

The Inflation Reduction Act is estimated to spend about $485 billion over 10 years on health and alternative energy programs while raising about $790 billion through tax revenue and savings. The difference would be used to help reduce the deficit.

On the health front, the legislation achieves two key goals of congressional Democrats. First, it would give the federal government the ability to negotiate prices of some drugs purchased by Medicare beneficiaries, a tool that has long been opposed by the drug industry. Second, it would extend the enhanced premium subsidies for people who buy insurance on the Affordable Care Act marketplaces that Congress put in place last year to help confront the covid-19 pandemic.

“It’s historic. Never before have we been able to negotiate prescription drug prices. This is something we’ve been fighting for [for] decades,” House Speaker Nancy Pelosi said this week. “I want more, of course — we always want more. But this is a great deal.”

The bill extends the enhanced subsidies, which will expire this year if they are not continued, through 2025. The 2021 covid relief bill boosted subsidies for those people who had already qualified for the aid and provided subsidies to some middle-income people who had found coverage to be too expensive. According to an analysis by KFF, about 13 million people will see their premiums jump by more than half, on average, if the enhanced subsidies are not continued. And people who earn more than four times the poverty level will not be eligible for subsidies anymore, on top of seeing their premiums spike.

The subsidies’ extension is expected to cost about $64 billion.

The bill will also have a major impact on Medicare, including by allowing the program to negotiate prices for some of the most expensive drugs, capping beneficiaries’ out-of-pocket payments for drugs, limiting their insulin cost sharing to $35 a month, and barring drug companies from raising prices faster than inflation.

The drug pricing provision, estimated to save the government nearly $100 billion over 10 years, would require the U.S. Department of Health and Human Services to identify Medicare’s 100 most expensive drugs and then pick 10 for price negotiations starting in 2023. Those prices would take effect in 2026. Another 10 drugs would be added over the next two years, with the savings fully in effect by 2028.

The negotiations would apply first to drugs people get at the pharmacy, but in the later two years, drugs that people get in doctors’ offices could also be covered.

Some of the Medicare changes would kick in next year. One is the cap on price hikes. Under the bill, companies that raise the price of drugs sold to Medicare faster than inflation must pay rebates back to Medicare, generating an estimated $101 billion in savings for the government. The inflation protections will also apply to certain drugs, such as biologicals, that patients get in a doctor’s office.

New vaccine and insulin cost caps would also take effect in 2023. Under the bill, all vaccines recommended by the federal Advisory Committee on Immunization Practices will be fully covered by Medicare, as well as by Medicaid and the Children’s Health Insurance Program. For Medicare beneficiaries who need insulin, out-of-pocket costs would be capped at $35, and starting in 2026, the cap would be $35 or 25% of the negotiated price if that is lower.

Another big saver for Americans enrolled in Medicare would be a $2,000 cap on out-of-pocket drug costs, which would begin in 2025. According to KFF, 1.5 million Medicare beneficiaries paid more than $2,000 for their drugs in 2019. According to an analysis by the Council for Informed Drug Spending Analysis based on data from 2012, about 3.5 million beneficiaries would likely save more than $1,500 a year.

Starting sooner, in 2024, people whose out-of-pocket drug costs reach the “catastrophic” threshold of $7,050 won’t have to pay any additional money on drugs that year. Currently, there is no cap, and people must pay 5% of the cost of extremely expensive drugs after hitting the threshold.

The bill could have reached far more people, but Democrats’ attempts to slow the increase in drug prices and cap insulin copays outside of Medicare were blocked.

Because the bill is being passed on expedited procedures known as budget reconciliation, all the provisions must have a direct impact on federal spending or revenue. The Senate parliamentarian, who vets such measures, ruled that the insulin and inflation measures targeting the private insurance market were out of bounds. Democrats tried to add back the broader-market insulin cost caps but fell three votes shy of the 60 needed to do so, with only seven Republicans joining them.

Senate Majority Leader Chuck Schumer pledged to hold another vote on expanding the insulin cost cap in the fall.

Still, some analysts see reasons to believe that most Americans not directly affected by the bill will see some benefits, particularly from the limits on drug price increases and the Medicare drug price negotiations.

In a conference call with reporters Thursday, Sean Dickson of the nonprofit West Health Policy Center pointed to the government’s 340B program, in which drug companies are required to provide discounts to certain care providers and in which there are inflation penalties. He estimated that Medicare alone saved $7 billion over five years indirectly because of those inflation restraints.

“There was a spillover effect from the subsection of a government program that had an inflation penalty,” Dickson said. “That resulted in lower costs for everyone who used those drugs and slower price growth.”