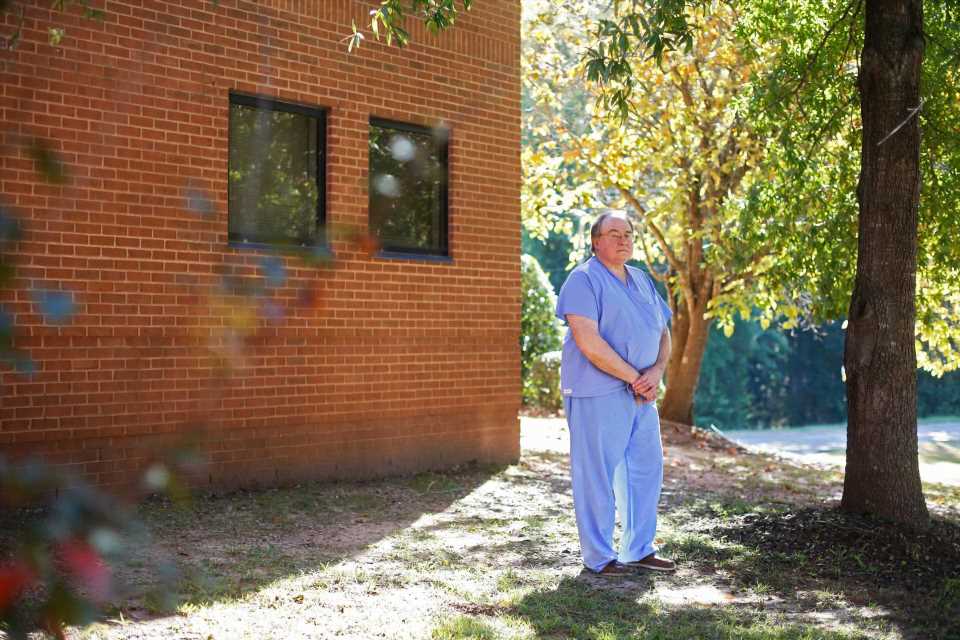 SANFORD, N.C. — Before the coronavirus pandemic, Dr. Andrew Bush treated as many as 1,000 patients every month in his orthopedics practice. Now he worries about going bankrupt.

The surgeon is among a dwindling number of independent physicians in the United States, where doctors are selling their practices to behemoth hospital systems or leaving the profession altogether.

“I don’t want to give up, because I’m a fighter,” said Bush, whose practice, Central Carolina Orthopaedic Associates, serves a blue-collar town of about 30,000 people. “But our summer numbers were so bad. I don’t know what’s going to happen.”

Personal safety risks and fatigue caused by the pandemic have played a role in some doctors’ decisions to retire or sell their offices to giant hospital systems, an outcome Bush is trying to stave off.

But some physicians and experts say the trend also underlines how billions of dollars in federal aid at the beginning of the crisis favored large hospital systems, even as lawmakers vowed to fight consolidation.

“The rich got richer, and the poor got poorer,” said Ge Bai, a professor of accounting and health and policy management at Johns Hopkins University, who reviewed how much relief money went to large hospital systems in North Carolina.

The infusion of public money allowed big chains such as Atrium Health, a regional system headquartered in Charlotte, and Duke Health, based in Durham, to post bigger profits or continue to pursue mergers.

“If you have the strength and courage to hold on as an independent physician, your life is going to be hard,” Bai said.

Bush’s practice has financial problems even though he received $300,000 in federal covid relief aid meant to help both hospitals and small operators stay afloat. He halted most in-person visits and canceled surgeries at the start of the pandemic, concerned that patients could catch the virus.

As an independent physician in a town where the poverty rate is nearly double the national average, Bush said his prospects remain grim even as society returns to normal. About 15% of Sanford residents younger than 65 lack health insurance, according to the U.S. Census Bureau.

Bush said patient visits have recovered only to half of pre-pandemic levels because residents are grappling with high inflation and can’t afford to go to the doctor.

According to a nationwide survey conducted by the Physicians Foundation in 2020, an estimated 8% of physicians closed their practices in the early months of the pandemic, and an additional 4% planned to do so.

Grants, loans, and other assistance intended to help hospitals and doctors remain solvent went disproportionately to wealthy hospitals that did not need the money as urgently as independent practices and struggling rural hospitals did, according to research reports from two states and interviews with academics and doctors.

The U.S. Department of Health and Human Services, after multiple requests, did not make any officials available for an interview to discuss how covid funds were disbursed.

Despite the federal government’s reluctance to answer questions about the economic impacts of covid relief distribution, some analysts said the results are visible on the ground in places like North Carolina.

A state treasurer’s report found that seven large hospital systems in North Carolina received $1.5 billion in covid relief money while collectively seeing their cash and investments grow by $7.1 billion from 2019 to 2021.

Atrium Health, for example, received the most money in the state, with $589 million in covid relief aid and $438 million in a type of emergency Medicare payment that boosts hospitals’ cash flow by providing money upfront for future services. The report found Atrium posted $1.7 billion in net profit in 2021 after a merger with another hospital system.

Atrium did not respond to multiple emails requesting comment. 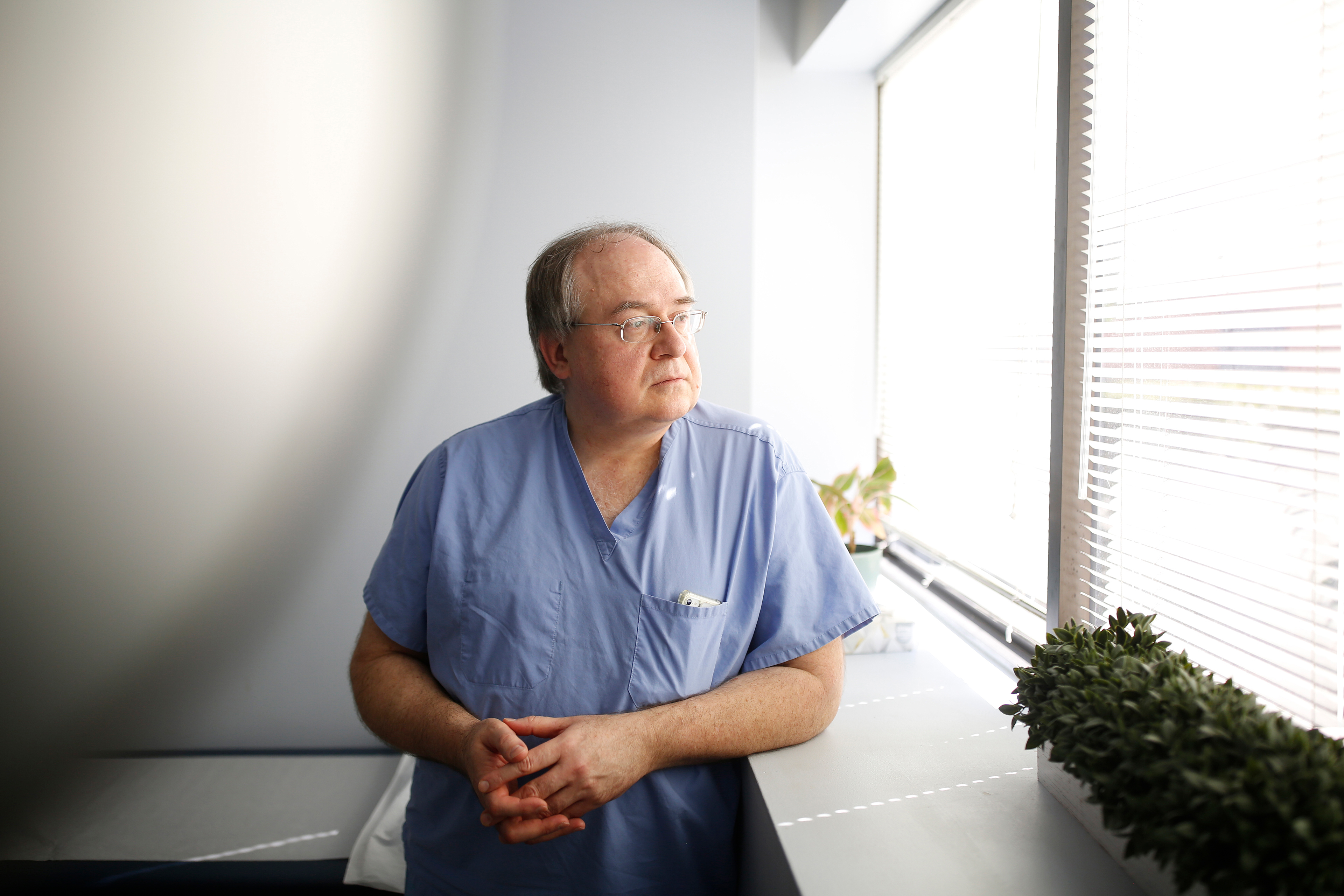 Bush said covid relief aid helped him meet payroll for his 13 employees. He said the aid did not cover losses from canceled surgeries and office visits.

Bush would not provide numbers but said his practice has not been profitable since at least 2018.

At one point during the pandemic, Bush said, his practice turned to telemedicine and saw fewer than five patients a day.

Bush, 59, said he can’t retire because his practice is in debt. Bush might be willing to sell it but said he has received only a preliminary offer for $200,000 from a hospital system that operates statewide. That offer was eventually rescinded.

Asked whether he would advise young doctors to open an independent practice, Bush said “absolutely not.” He said the burden of fighting with insurance companies for payment and the low reimbursement rates the government pays for treating patients with low incomes are too much for most doctors to overcome.

About a third of residents in Lee County, where Sanford is located, rely on Medicaid, a taxpayer-supported program that helps people with low incomes pay for health care, according to the state’s Medicaid tracker and Census Bureau data.

“If I could go back 30 years, I wouldn’t become a doctor,” Bush said. “Looking back at life, this was the wrong choice.”

North Carolina has one of the most consolidated health care systems in the country, according to a 2021 KHN analysis of 2018 data from the federal Agency for Healthcare Research and Quality. Nearly three-quarters of hospitals in the state belong to a large system, the analysis found.

Federal and state antitrust laws are supposed to ensure competitive markets benefit consumers. Researchers have repeatedly warned that consolidation in the health care industry is driving up medical costs while showing no clear evidence of improved care. A 2012 report from the Robert Wood Johnson Foundation found that when hospitals merge in highly consolidated markets, price increases often exceed 20%.

The Medicare Payment Advisory Commission, which conducts research for Congress, said in a 2020 report that most markets nationwide are dominated by a single hospital system and that this led to higher prices.

The North Carolina Healthcare Association, a group that lobbies on behalf of hospitals, declined an interview request. In written responses to questions from KHN, spokesperson Cynthia Charles said the public benefits when hospital systems purchase independent practices. It ensures access to primary care in communities at a time when small practices are fighting to survive, Charles said. She said she could not provide data on the impact that consolidation has had on prices.

“We trust our members to make the right decisions for their communities,” she said. Charles added that consumers should be more concerned about large commercial health insurers that use market power to create hurdles to care and delay payments to medical providers.

An American Medical Association analysis of 2020 survey results found that for the first time since the group began tracking it, in 2012, most doctors don’t work for physician-owned practices. The analysis cited the financial impact of the pandemic as a factor.

The loss of independent physician practices threatens to fundamentally reshape the historical relationship between doctors and patients as more doctors become beholden to their employers instead of the people they treat, said Barak Richman, a law professor at Duke University who researches antitrust law and health care policy.

Research shows that when doctors work for hospital systems they tend to refer patients for extra testing and more intense treatment, which means higher profits for hospitals, Richman said. “Studies show physicians practice in a different way,” he said. “You no longer have physicians competing to keep patients based on quality.” 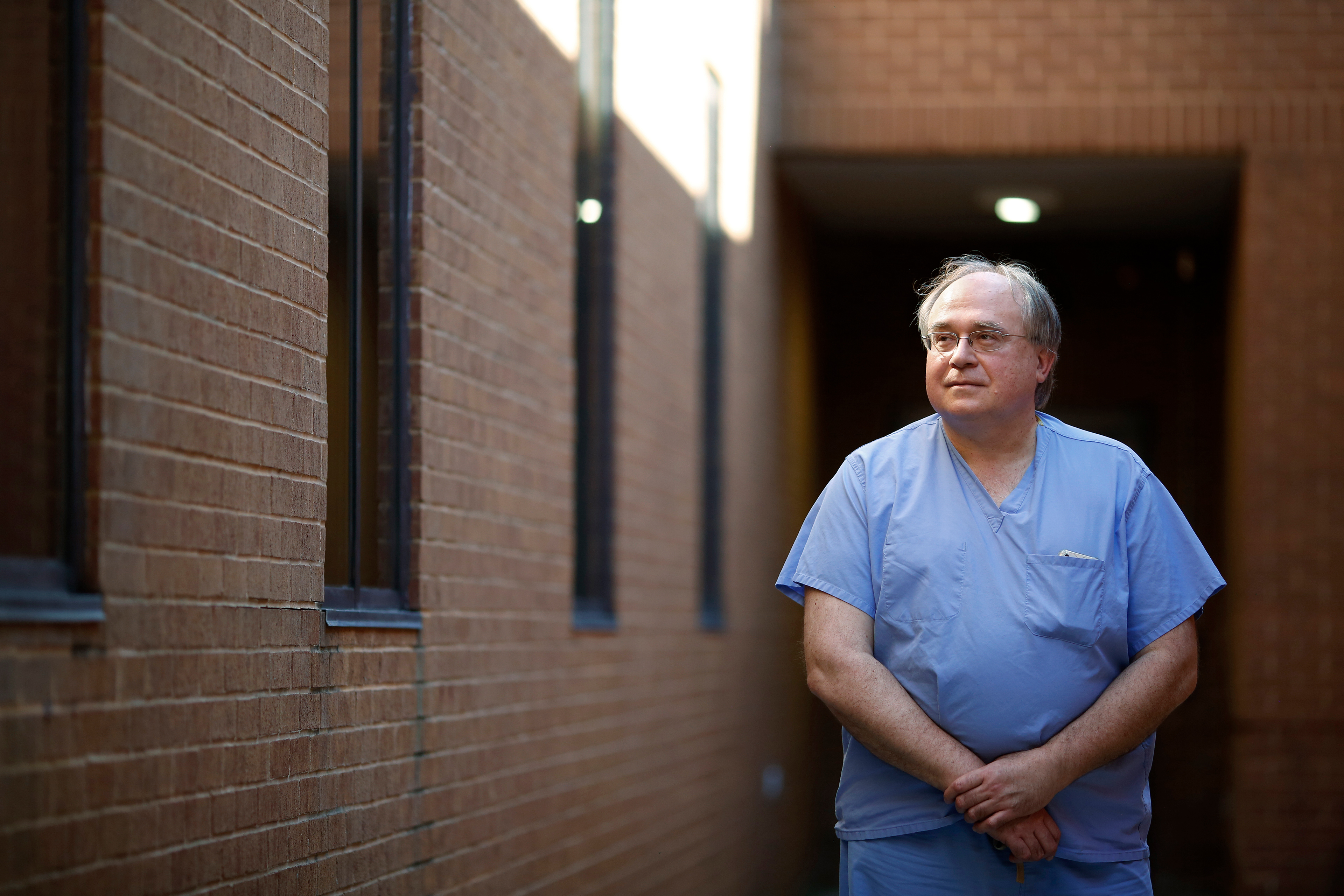 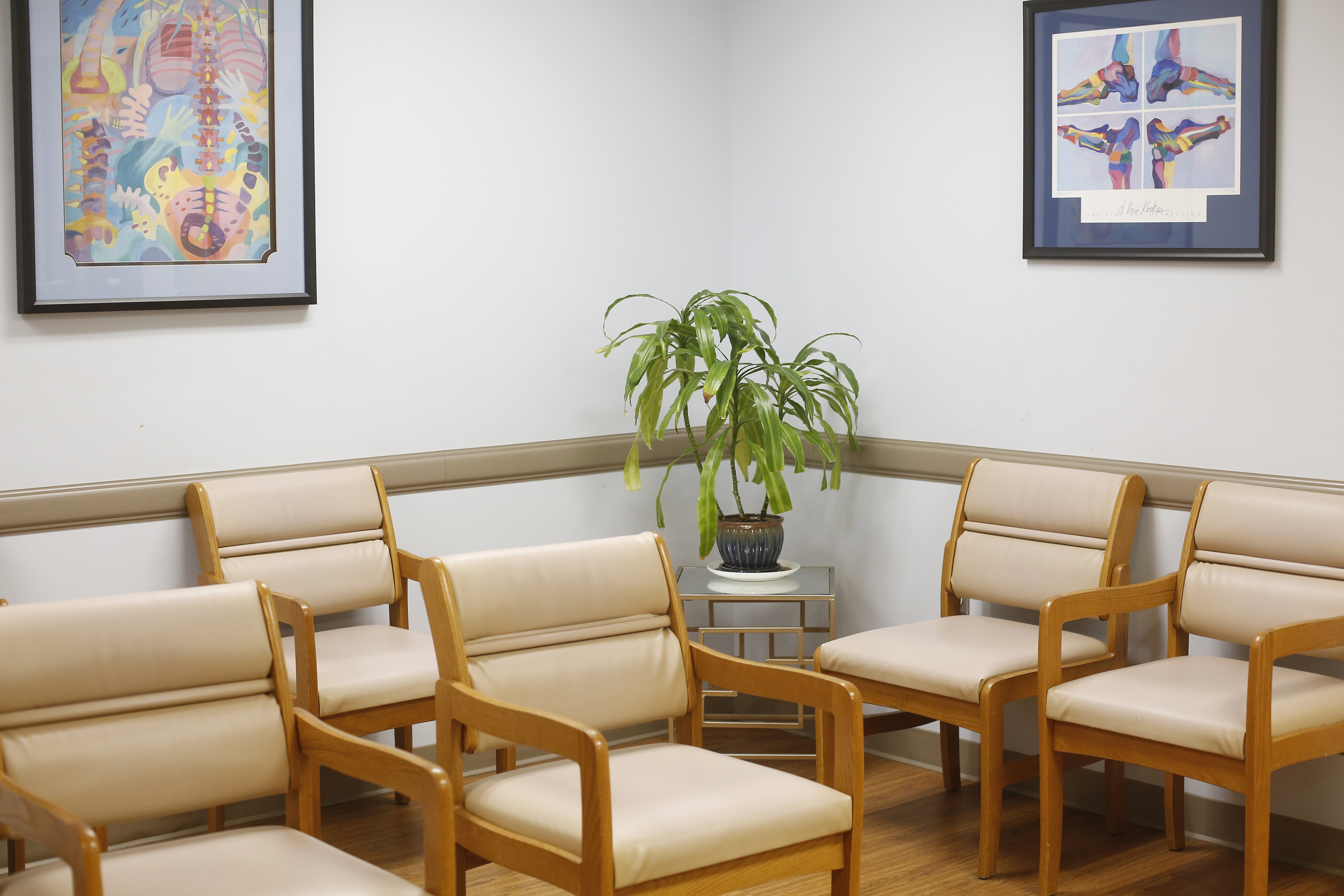 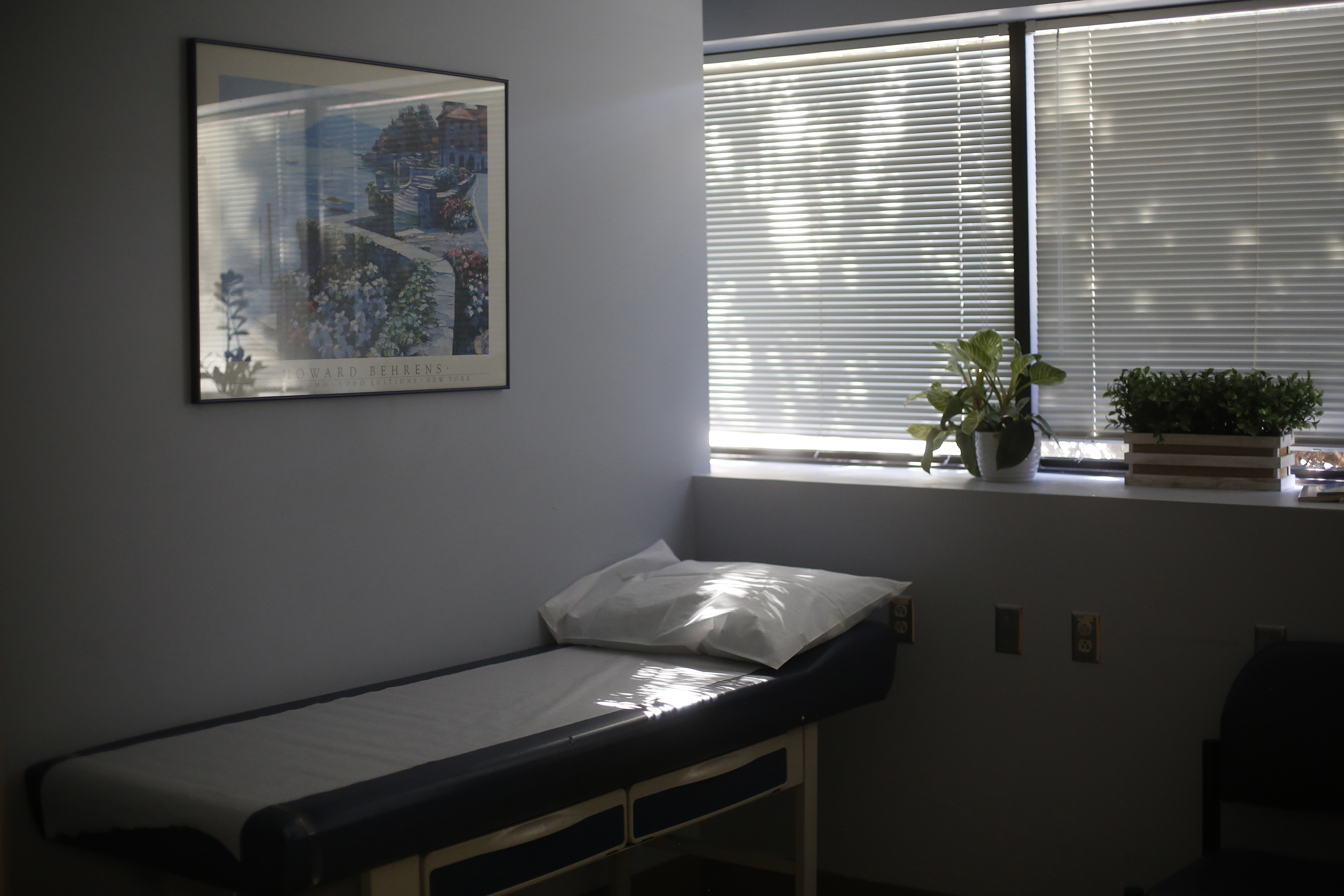 Bush said he had always dreamed of becoming an independent doctor who would answer patients’ questions and spend time getting to know them. He has worked in Sanford long enough that he treats multiple generations of some families.

But Bush said he knows remaining independent will be difficult.

He started a new focus on patients’ bone care but found that the government won’t cover the full cost for testing and that many patients can’t afford to pay $60 out-of-pocket.

“This is a poor, salt-of-the-earth community, and nobody cares about them,” Bush said. “If we close, they might have to drive 50 miles for care. They can’t afford the gas.”