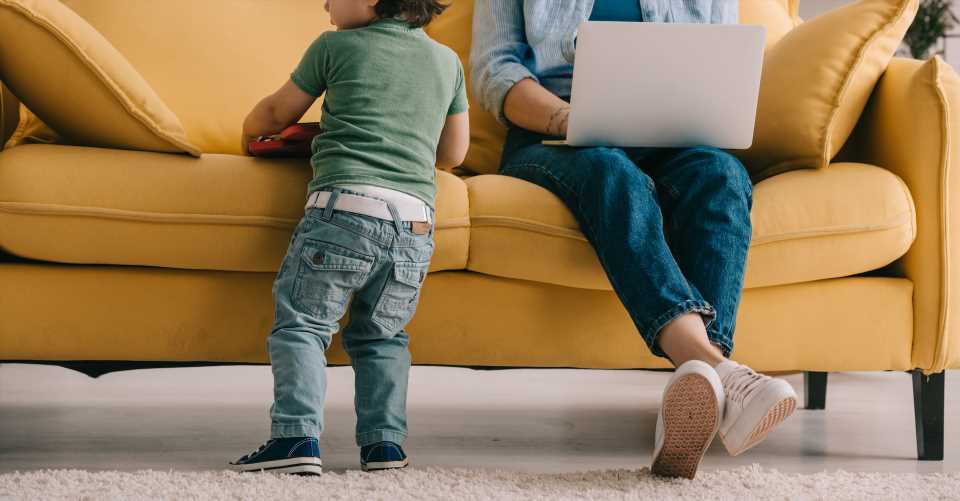 Welp, New England’s looking pretty good right now to this working mom. WalletHub just released its 2019 list of Best and Worst States for Working Moms, and it will either shock you — or not — that blue (Democratic) states tend to skew far more mom-friendly than their red (Republican) counterparts. The data was based on how those states voted in the 2016 Presidential election. Hey, don’t shoot the messenger. We’re just reporting the facts.

WalletHub examined three key “dimensions” in each state: child care, professional opportunities and the oh-so-elusive work-life balance. Within each of those sectors, WalletHub dug even deeper (think: magnifying glass and fine-toothed comb) to mine more categories of information, such as daycare quality and child care costs; median women’s salary; share of families in poverty; female unemployment rates; parental leave policies; and average length of commute time and work week for women. You can read about their methodology here (it ain’t fake news, sorry not sorry).

The results? Take a look.

The top five states for working mothers, in order: Massachusetts for the win, followed by Rhode Island, Connecticut, Vermont, and the District of Columbia. The worst? It’s not pretty to be a working mom in the Deep South: Louisiana came in dead last, with Alabama, South Carolina, Idaho (yes, we know, that’s a little northwest), and Mississippi shuffling along nearby.

Now, there are interesting ways to parse the data that WalletHub unearthed — and that reveals the staggering lack of uniformity from state to state when it comes to working mothers’ rights, pay and leave laws. Childcare is also very much a gamble, dependent on where you might end up. For instance, Mississippi is a lousy state overall for working mothers when you examine the statistics of this study — but it ranked No. 1 for low-cost daycare.

New York had the best daycare systems and Alabama had the worst — but let’s talk about just how vast a difference those best and worst labels really are. The study found a 5x difference between New York’s best and Alabama’s worst — and that’s a pretty huge multiplier. We shudder to think what the worst Alabama daycare might be like, and that many women are forced to resort to such daycare to work to support their families.

The study is sobering, any way you look at it. It underscores the need for a fair playing field and nurturing infrastructure for America’s kids and moms. A slow cooker can help, but damn it, we need more. But don’t just take our word for it. You can examine all the metrics yourself here.