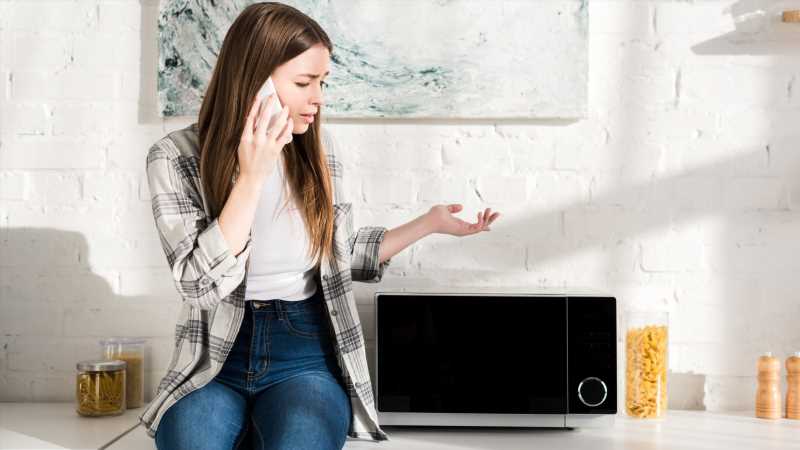 The world outside can be a scary place. There’s pollution, traffic, and of course, people — whether you’re worried about catching an illness from them, or are simply being cautious about letting your guard down around strangers. But if being at home makes you feel safe and sound, you should be aware that an array of seemingly innocent household products also can pose threats to our health. According to Tonya Harris, environmental toxin expert and founder of Slightly Greener, radiation can cause difficulty sleeping and concentrating, as well as dizziness.

“While most items in our homes emit low levels of radiation, it’s still important to reduce our exposure,” she told The List. “More long-term studies need to be done, as we still aren’t sure what the cumulative and long-term effects are, so the more we can reduce our exposure, the better.”

Be most concerned about objects that you put next to your head, expert says

So what in your house can you blame for your tossing and turning at night or that dizzy spell you had the other day? According to Harris, start with an object that literally blasts hot heat directly at your head: your hairdryer. You should choose a dryer that is low EMF, which stands for electric and magnetic field (per Healthline). Harris recommends the Chi brand, which you should hold a few inches away from your head when you use it. “Don’t dry your hair every day, and air-dry or towel-dry hair first so it’s damp, not wet,” she added. This will mean less drying time.

Speaking of objects that come in very close contact with our heads, your phone is another cause of concern, says Harris. She recommends holding the phone away from your ear, and keeping it in airplane mode with the wifi off when you’re not using it. “Don’t go to bed near the phone,” Harris added. “Try to stay several feet away — three feet minimum is ideal — when a cell phone is on. This decreases the amount of radiation you’re getting exposed to.” If you were already limiting your kids’ screen time because you wanted them to spend more time outdoors, the potential for radiation damage is another good reason to keep an eye on their phone usage.

These days, so many of our appliances and other household tools are “smart” — whether it’s a washing machine that has a tiny computer in it, or kitchen items that can be programmed to make your morning joe exactly how you like it. Unfortunately, this technology produces radiation, according to Harris. You don’t have to resort to cooking over an open fire or hanging out laundry on a clothesline, but Harris does recommend reducing your exposure to these appliances as much as possible. “Ideally, leave room when microwaving, or stand several feet at least away when the microwave is in use,” she said — or better yet, reheat foods on a stovetop instead.

As for those clever appliances, Harris suggests unplugging them when they are not in use. “They can make our home life easier, by controlling many of our appliances through our phone, but the radiation they emit may not be worth the risk. If you already have these items, follow the same advice of unplugging when possible — maybe not the fridge, but the coffee pot is an easy one — and keeping your distance,” she said. “And when it’s time to buy a new appliance, opt for one that’s not ‘smart.'”

Antique plates and dishes may also be a source of radiation

So you’re probably thinking that harkening back to an era before we had smart phones, smart appliances, and hair dryers would be a good way to avoid the dangers of radiation. Don’t go too far back in time, though, because Harris said that antique serving ware is a major source of radiation as well. “Believe it or not, some antiques can emit radiation,” she explained. “While this doesn’t mean toss that beautiful dish of your grandma’s, it does mean to make sure to handle it with care.”

This is because of chemicals that had been used in the manufacturing of ceramics, Harris added. “Ceramics made before the 1970s often contained radionuclides to color the glaze. After 1970, glassmakers in the U.S. stopped coloring glass with radionuclides, although some countries still use them — so they may still sneak into the U.S. that way,” Harris explained. “The EPA recommends not using these types of glass or ceramics to hold foods and beverages in case of leaking chemicals.”  So serious is this concern about radiation from older serving ware that the Environmental Protection Agency actually suggests that you check with your local radiation program to dispose of them if you don’t want them anymore.