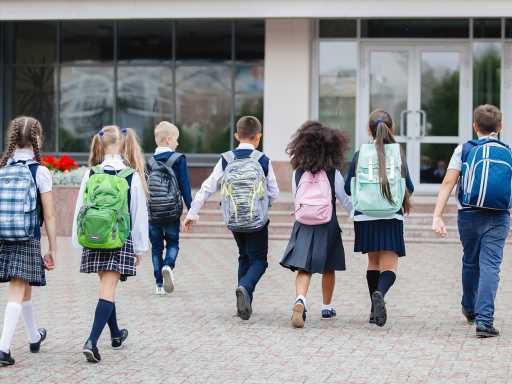 You’d think that if you got a call from your kids’ school saying that they had been expelled that it would be for something that they had done wrong. However, that wasn’t the case for one Sacramento, Calif., family. Crystal Jackson says her two elementary school aged boys were kicked out of their private Catholic school after the principal found out that the 44 year old mom, known as Mrs. Poindexter to her OnlyFans followers, made her living creating and selling sexy photos.

Jackson took to the adult website OnlyFans last year to spice up her marriage and make a little extra money. Her photos, which mostly feature the mom wearing lingerie while doing run-of-the mill household chores quickly blew up. “It started as marriage fun,” Jackson told NBC News affiliate KCRA 3. “I went through menopause early and I was just like, wanting to have that connection with my husband again.” The pair has been married for 14 years and has two children, and they were looking for something new and exciting to do together. So, she would get dressed up and her husband would snap the sexy shots.

The first month the pair began posting to OnlyFans they made $15,000. Now, just a year later, the couple makes $150,000 a month for pictures and videos of the mom doing the very stuff we do for free every day. Unfortunately, word of Jackson’s income stream spread around to the families at her sons’ school, and parents quickly took their Puritan concerns to the principal and asked that the boys be removed from the school.

“It’s always been, from day one, ‘you need to leave the school,’ and that’s actually what they accomplished,” Jackson said. “They accomplished getting the kids kicked out of school.” As of this past Sunday night, the children were prohibited from stepping foot on campus for any reason.

The principal sent the family a letter after the story went viral and the family had participated in interviews with The Sun and the Daily Mail.

“Your apparent quest for high-profile controversy in support of your adult website is in direct conflict with what we hope to impart to our students and is directly opposed to the policies laid out in our Parent/Student Handbook. We therefore require that you find another school for your children and have no further association with ours,” read the letter obtained by KCRA.

That excuse really fails to explain how one mom’s occupation affects the students of her son’s school.

“It’s tough to find the Christianity here, and that makes me sad,” Jackson’s husband said. “The church we were married at. The church all our children were baptized at. And, is this what it is?”

For now, the couple are trying to find a new school for their boys. According to KCRA the principal of Sacred Heart Parish School has declined to comment, saying, “We cannot discuss the status or circumstances of any member of our school or parish community.”

We’re sorry all of this is happening to the Jackson family, but not as sorry as we predict Sacred Heart Parish is going to be when they realize they’re going to be missing out on that OnlyFans money at every bake sale and collection event from here until the end of time.

These gorgeous photos show moms who love their postpartum bodies.