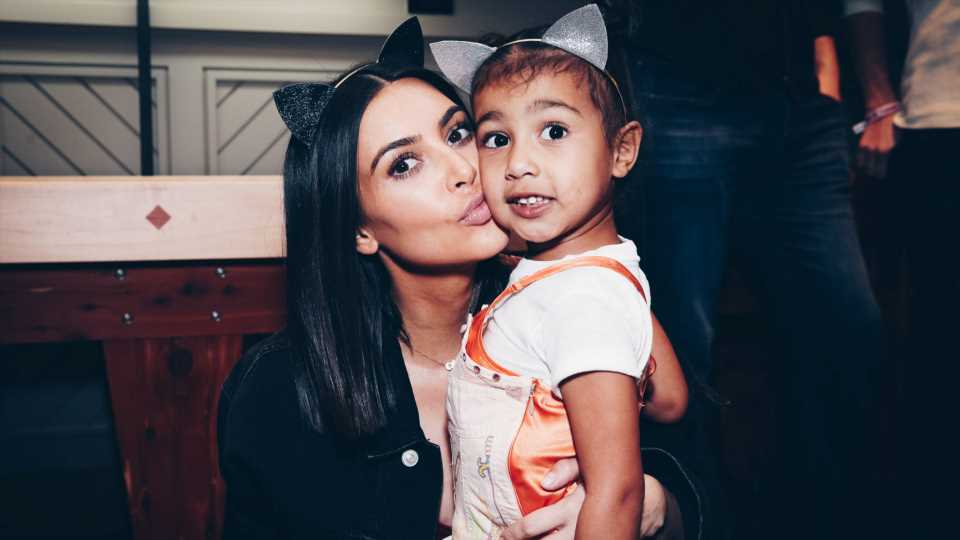 So let’s start by saying this: Early labor often lasts up to 8-12 hours on average for first-time moms — and celebrities are no exception. Kim Kardashian West revealed on Jonathan Cheban‘s new podcast, FoodGod: OMFG, how she spent the day in labor with North, who’s now 6 years old. In true Kardashian West style, she treated herself in the best way possible: with a bikini wax, a McDonald’s McGriddle, and a manicure. And honestly, more power to her.

“I need a McGriddle at McDonald’s,’” Kardashian West apparently told her long-time friend, Cheban, on that long-ago labor day. “Do you mind driving me to get a bikini wax?” she added (this was all chronicled on Cheban’s podcast with laughter). And of course Kim, nine months pregnant, couldn’t really get around that well. So, Cheban explained to podcast listeners, he “had to actually like squeeze her inside of the car and pull her out to get this wax.” Because that’s what friends are for, right?

“And then afterwards we go to get a McGriddle in McDonald’s, and we’re racing so fast,” the mother of four added nonchalantly.

Meanwhile, in typical fashion, paparazzi were following their car. As they tried to outrace them, Kardashian West’s doctor phoned with an urgent message: “You have preeclampsia, you have to deliver right now,” Kim relayed on FoodGod. But did she listen to the doctor? No. Apparently Cheban then dropped Kim at home and went to a meeting.

“And I left for like three hours and in that time, you ended up getting to the hospital,” he said incredulously. Still, there was one last thing Kim wanted to do before she gave birth.

“My nails were dark,” she said. “It was when I was still in my Linkin Park After Dark [Ed. note: the classic OPI shade, natch] phase with my burgundy nails. And I was like, No, no, no, I’m having a girl, like I really need a nice light pink nail for delivery. So I told the doctor, ‘Are you sure I have to deliver right now, can you give me like two hours?’ And he was like, ‘Fine meet me in two hours.’”

Although we’re certainly here for women spending early labor however they choose, we’re not going to say it’s a good idea to ignore your doctor’s advice to “deliver now” and go get a manicure instead. But hey, maybe it’s a good thing that she stalled, because her husband, Kanye West, was still in Switzerland for Art Basel. Thankfully, West made it in time for the delivery; Kim joked that his Father’s Day brunch, in just a couple of days, would be at Cedars-Sinai hospital.

Kim’s crazy birth story doesn’t stop there, though. “I laid down in the back seat of [my friend’s] car and I parked my car at the Beverly Hills Hotel,” Kim recalled about driving to the hospital in secret with a friend. “I fit into her Prius in the backseat.”

Hey, labor and delivery, as all birth parents and birth partners — even the mega-millionaires — find out, is anything but predictable. If “a nice light pink nail” is going to make you feel better, who are we to judge?