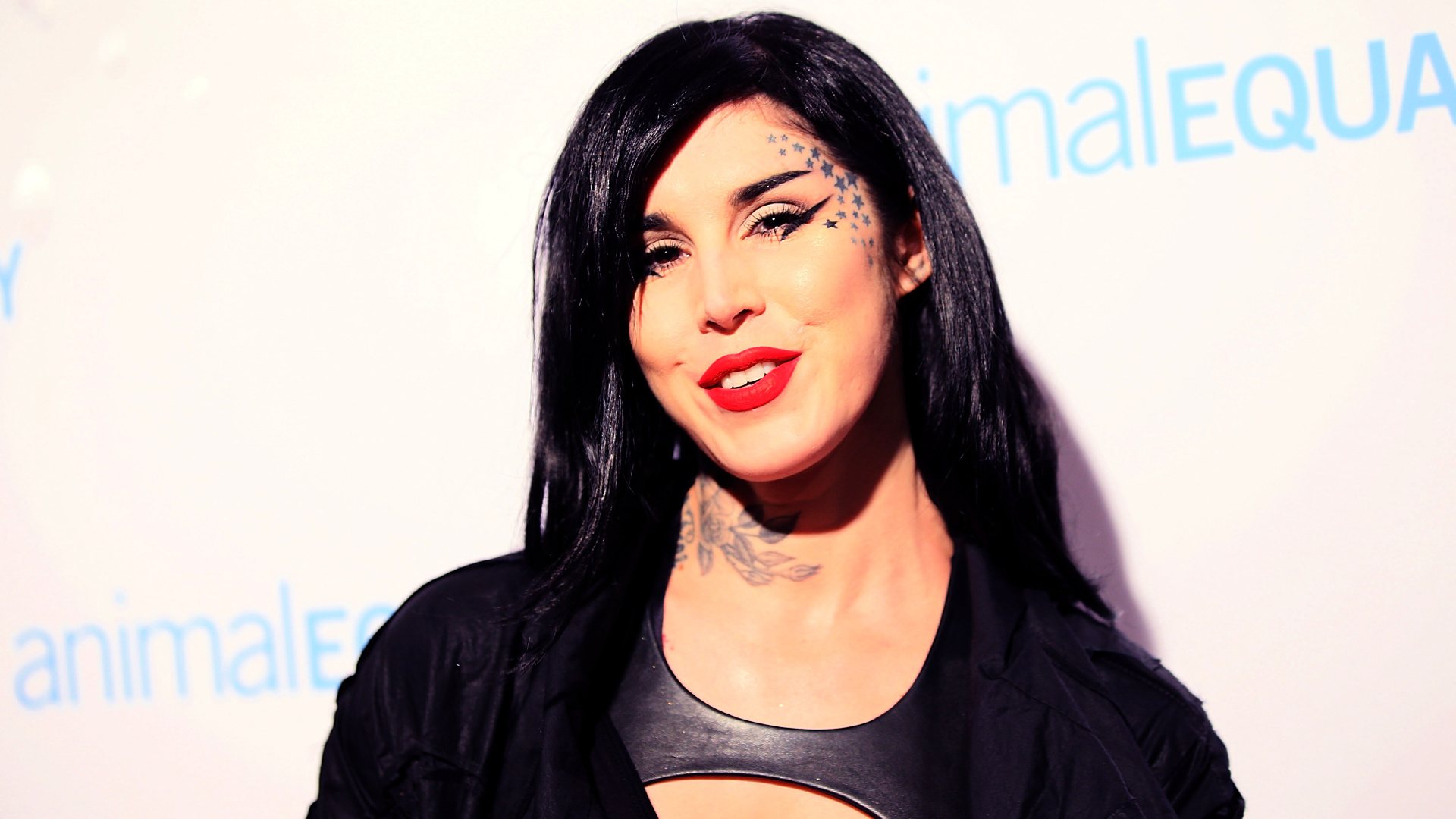 The famed tattoo artist revealed on Instagram that she was struggling with breastfeeding her newborn son, Leafar, and eventually asked a stranger for breast milk.

“During the first two days of Leafar’s life, his blood sugar count had been low, and as much as I had committed myself to strictly breastfeed, my milk hadn’t come in yet,” she wrote alongside a video of Leafar feeding. “The pediatrician suggested asking around to see if any friends might have a bit of extra milk they could donate — and if not, I’d have to consider supplementing with formula — something we personally did not want to do.”

Von D explained that she wound up calling her midwife, Sara Howard, who connected her with a breast milk donor “who, without even knowing me, and without question, stepped up and donated a few ounces to us in the middle of the night.” The donor, like Von D, has a strict plant-based diet, which is something the artist and her husband, Rafael Reyes (who also goes by Leafar Seyer), are passionate about in their own lives.

Thanks to the donor’s selflessness, Von D said her son’s “levels boosted,” and she’s now able to breastfeed on her own.

“This is true community. True sisterhood. True kindness,” Von D concluded in her post. “I can’t wait to pay it forward one day soon.”

During the first two days of Leafar’s life, his blood sugar count had been low, and as much as I had committed myself to strictly breastfeed, my milk hadn’t come in yet. The pediatrician suggested asking around to see if any friends might have a bit of extra milk they could donate – and if not, I’d have to consider supplementing with formula – something we personally did not want to do. I called my beloved midwife, @losangelesmidwife to see if she knew anyone who might be willing to share a bit of their breastmilk who was on a plant-based diet, as that was crucial to us, and she quickly connected me with @mattersofmotherhood who, without even knowing me, and without question, stepped up and donated a few ounces to us in the middle of the night. Needless to say, Leafar’s levels boosted, and we are now happily breastfeeding at home. Can’t thank @mattersofmotherhood enough for getting us through those rough nights with your donation. This is true community. True sisterhood. True kindness. And I can’t wait to pay it forward one day soon. ? ***UPDATE: just to address a few misconceptions about my caption. First, I’m not shaming anyone who chooses to use formula. Just like I would never shame anyone for the food they ate or anything for that matter. So, please don’t shame me for sharing our personal approach to nursing. Second, I did not starve my baby for his first two days of life. I’m not mad at ya’all who attacked me about it -because clearly you may not be familiar with how breast feeding works and that’s ok! I wasn’t either until I got pregnant! 🙂 but for the first 2.5 days my breasts were producing colostrum (not the same thing as milk) and it’s absolutely normal for mom’s milk not to come in until day 5 sometimes. With that being said, my little one just needed to get through one night’s worth of feedings with supplemented donors milk. And I’m happy to report my milk came in shortly after that! So thanks for all the love and support everyone! Let’s keep it positive! ***

According to Stanford Children’s Health, it’s not entirely uncommon for new mothers to have difficulty producing more than a few drops of milk during the first three to five days postpartum. In these instances, the medical organization recommends mothers continue pumping until the milk comes in, which, for some, occurs after seven days postpartum. There are a variety of factors that could play into early low milk production — the consumption of some medications and herbal supplements, stress or illness are a few — but Stanford’s site says most women will ultimately end up creating enough milk after a few days.

Nothing about having trouble breastfeeding or seeking donor breast milk is shameful. In fact, the American Pregnancy Association says using donor breast milk is “very safe,” as all official donors and their milk are tested for illnesses and bacteria. Of course, not all sharing services require screenings. Some, such as MilkShare, expect the clients to do their due diligence and screen the donors themselves by asking about lifestyle and dietary habits; some families may even opt to pay for the blood work and screenings themselves, Parenting reports.

Ultimately, it’s up to each parent to decide which is the healthiest option for their family; though some doctors told Parenting they prefer if parents select breast milk from prescreened donor banks or opt for a formula to play it safe. What matters most is that Mother and Baby are healthy, and we’re glad Von D made the best decision she could for her son.

Who knows? Maybe one day she’ll reconsider her choice not to vaccinate her child — though we could be dreaming on this one!