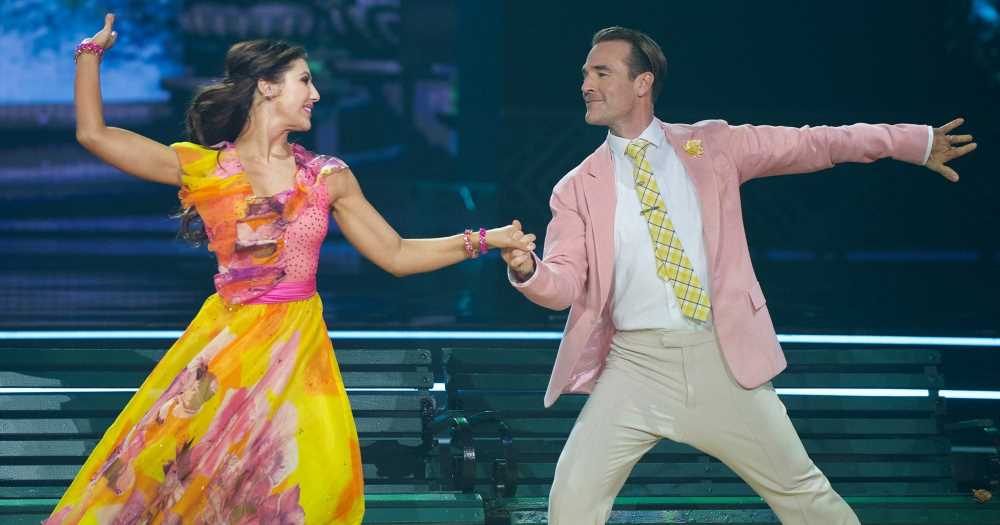 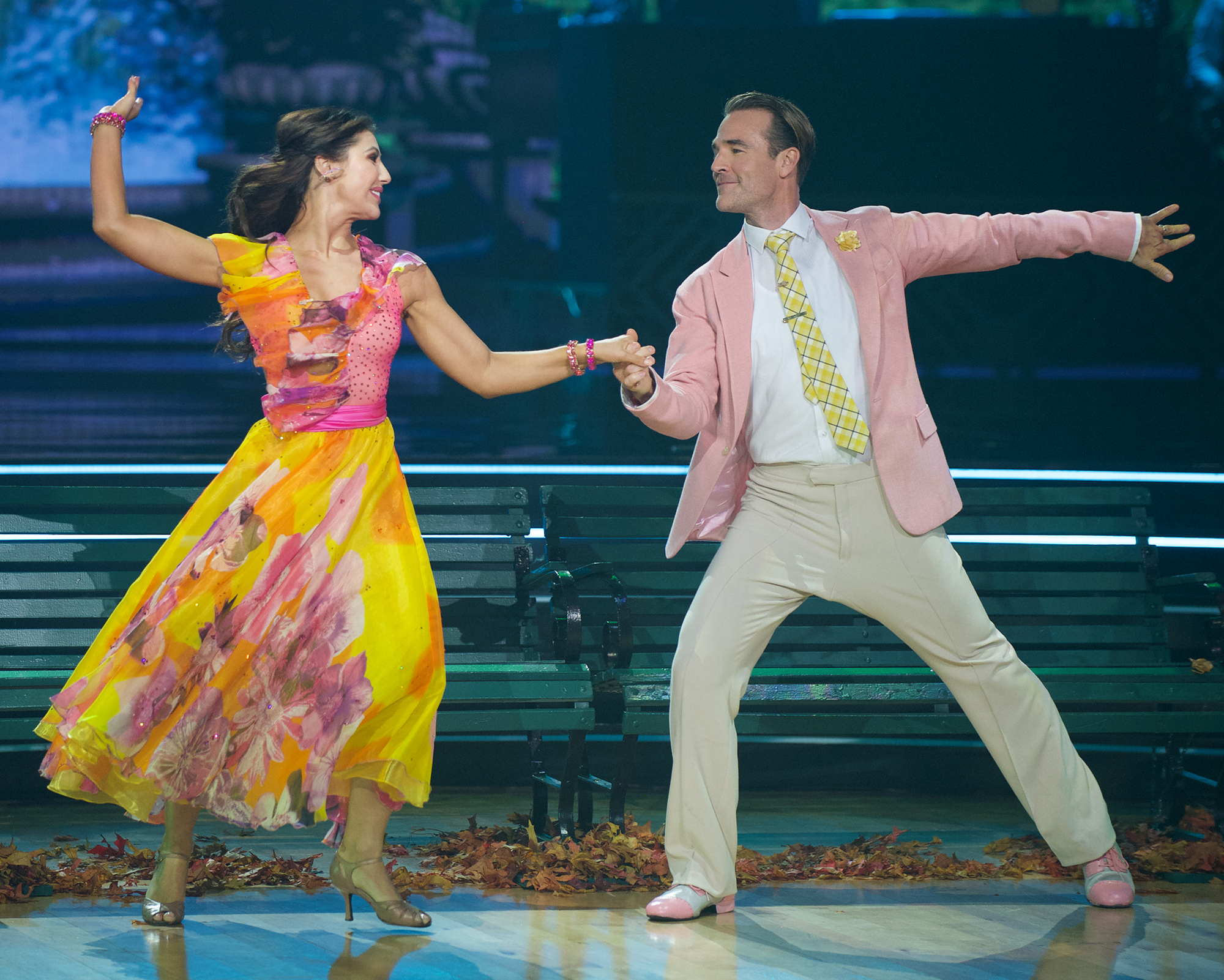 “His kids, all of them are absolutely gorgeous and so mild-mannered and sweet and crazy in all the best ways,” Slater, 30, told Us Weekly and other reporters at the Monday, October 7, episode of the ABC show. “I definitely get baby fever.”

Slater’s husband, fellow DWTS pro Sasha Farber, is also interested in starting a family. “Sasha is 36 so he’s had baby fever now for a little bit,” the British dance champ added. “We can’t wait to have little Farbers, whenever that is. But we definitely do want kids.”

She added: “I want to make that decision as and when it happens. I’m at that point in my life now where I don’t want work to massively dictate my family and how the structure of that is.” 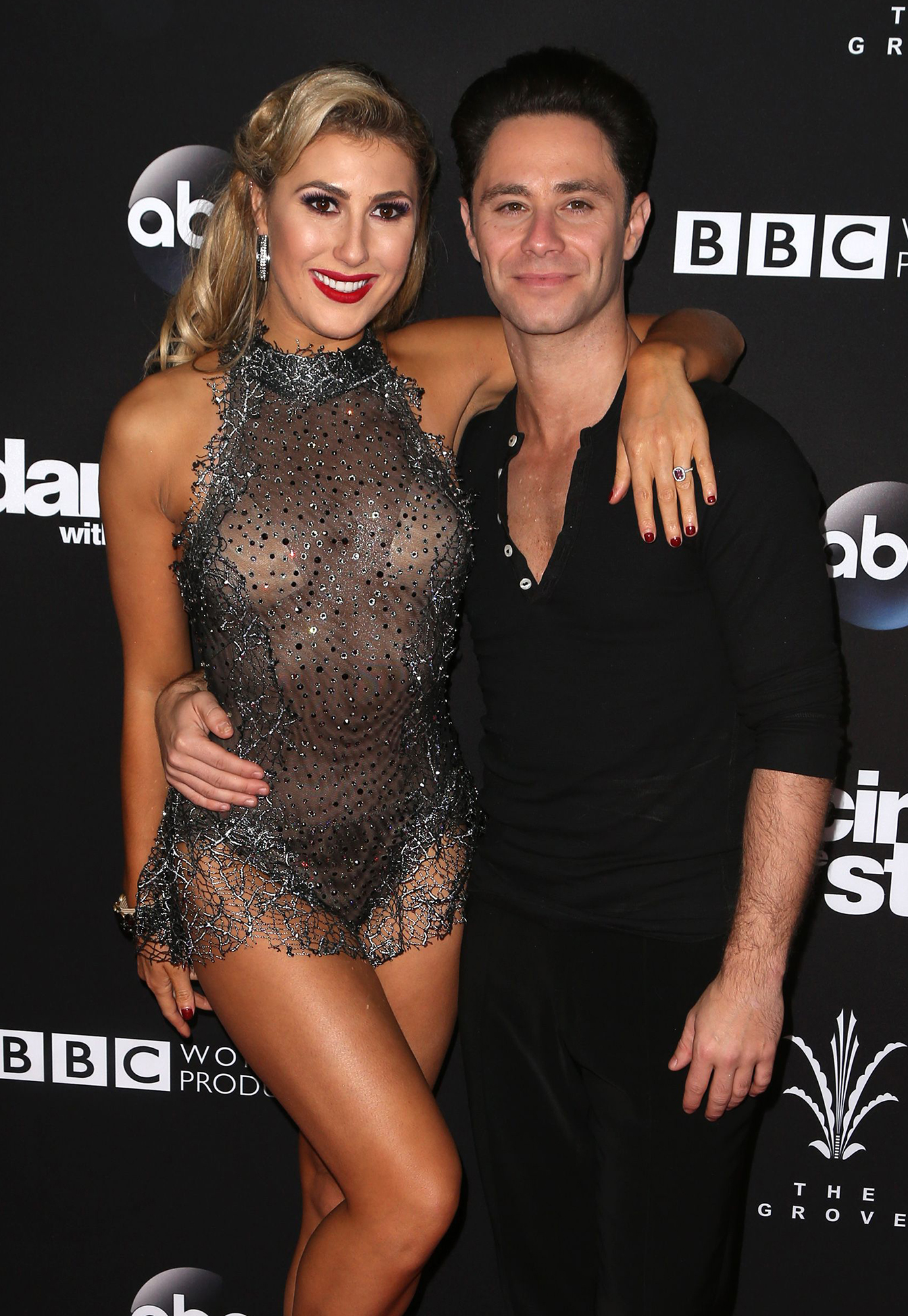 Van Der Beek, 42, announced his happy news on the show on Monday, showing a clip of his wife, producer Kimberly Van Der Beek, getting an ultrasound. “Hearing the heartbeat was something we never take for granted,” he said, telling viewers he and Kimberly, 37, have had three miscarriages in the past.

“Thrilled beyond belief to announce that another little bundle of joy has picked us to be their family,” the Dawson’s Creek alum added on Instagram. “We chose to have our first ultrasound on camera with our #DWTS crew capturing the result – something I NEVER thought we’d ever do.”

Slater and Farber, meanwhile, have been married since March 2018. That September, Slater told Us she and her groom were “totally planning for kids,” but were unsure whether they would want their children to follow their dancing footsteps.

“I spoke to Sasha about that,” Slater said at the time. “I don’t want to pressure [them]. Whatever they want to do, I will be that mom that will take them anywhere they want to go. [I’ll] support their dreams, their aspirations, feed them. Feed them food, but also feed their souls! I want them to be involved in everything and I will definitely make sure I can support them in every way.”

Dancing With the Stars airs on ABC Mondays at 8 p.m. ET.

With reporting by Kayley Stumpe