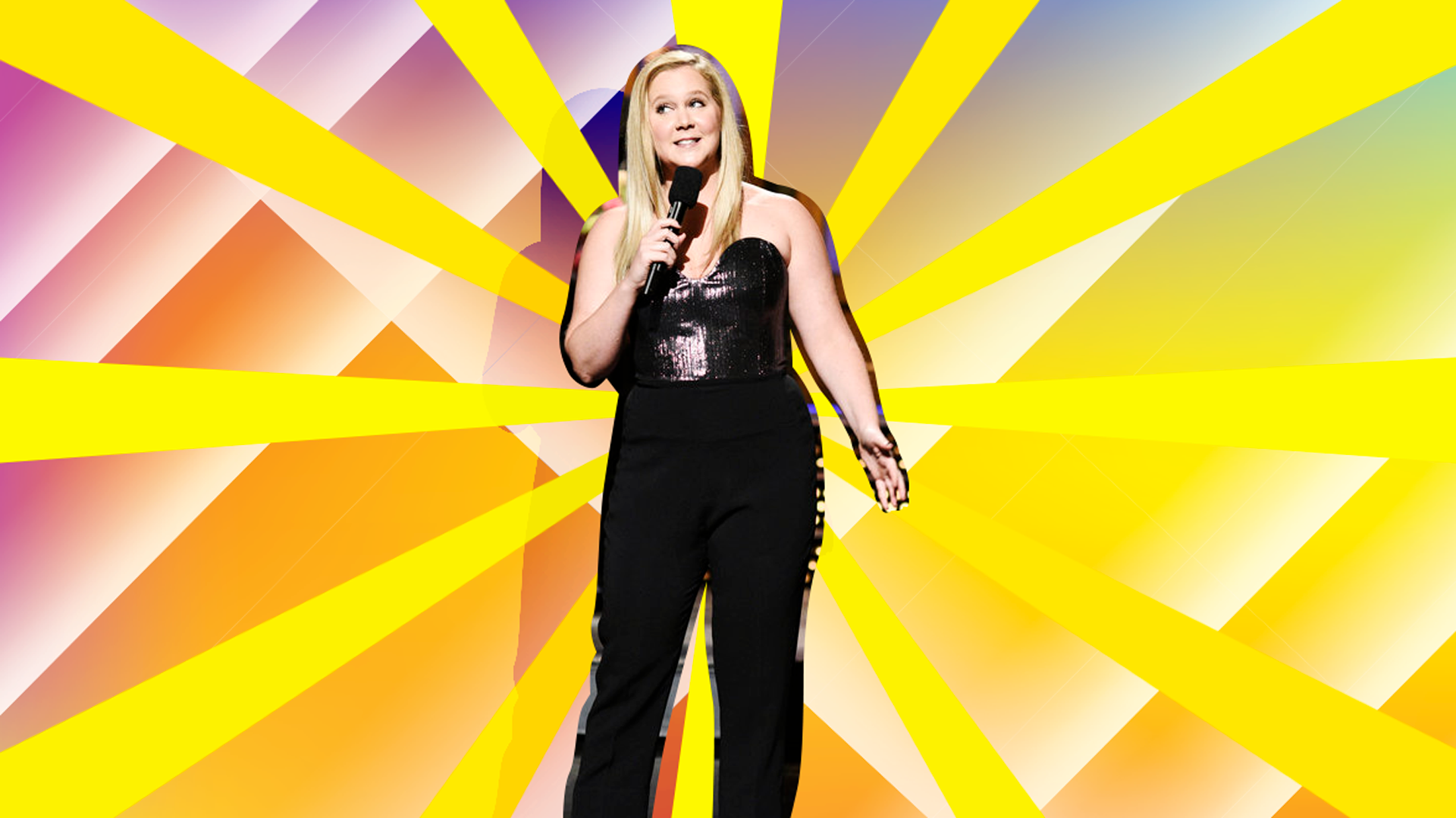 When Amy Schumer announced her pregnancy earlier this year, many were thrilled — including, well, Amy Schumer. The comedian took to Instagram to share her news. However, Schumer quickly learned pregnancy isn’t easy. At all. And now, the comedian is opening up about just how tough things can be.

“The last few days have been tough,” Schumer wrote on Instagram. “I’m grateful as hell and know it’s temporary but tough just the same.” And it is. Growing a human is hard. But for Schumer, things have been particularly difficult, as she has been struggling with hyperemesis gravidarum — a rare pregnancy-related condition characterized by severe and persistent nausea and vomiting.

The good news is Schumer refuses to succumb to her sickness, and she is asking her fans for help.

“Please if you don’t mind. Post pics of your kids and tag me,” Schumer wrote. “My friends sending me pics and vids of their kids is making me feel so much better. Much love accepting dog photos too.”

The last few days have been tough. I’m grateful as hell and know it’s temporary but tough just the same. Please if you don’t mind. Post pics of your kids and tag me #amyschumer My friends sending me pics and vids of their kids is making me feel so much better. Much love ?accepting dog photos too

That said, this isn’t the first time Schumer has shared the harsh realities of pregnancy. Earlier this month, she thanked her Instagram followers for nominating her for several People’s Choice Awards while simultaneously apologizing for her absence. “I wish I could have been there but all i do is standup and puke right now.”

Thank you for nominating me for a couple @peopleschoice awards. I wish I could have been there but all i do is standup and puke right now. @paulabeachwear #3girls1keith

Two weeks ago, the actress shared a photo from her hospital bed when she was hospitalized for hyperemesis gravidarum.

Texas I am so deeply sorry. I have been really looking forward to these shows. I have to reschedule. I am in the hospital. I’m fine. Baby’s fine but everyone who says the 2nd trimester is better is not telling the full story. I’ve been even more ill this trimester. I have hyperemesis and it blows. Very lucky to be pregnant but this is some bullshit! Sending so much love to the doctors and nurses taking great care of me and Tati! They are cool as hell! And Texas I am really really sorry and I’ll be out there as soon as I’m better.

And earlier this week, Schumer posted a video of herself vomiting in a cup — though you should probably avoid this one if you have a weak stomach.

Turn sound off if you have a weak stomach. This was my ride to my show at @tarrytownmusichall tonight and a picture from the end of my set. I love doing stand-up more than anything and I hate cancelling shows. I have to postpone some until I feel human again. But i will make up these dates and we will have a great time. I’m so proud of my stand up right now and can’t wait to share it. Thanks to the amazing crowd tonight for being so warm and such great laughers and for being cool with my sweatpants and slippers on stage. Shots by @marcusrussellprice we are shooting a doc of me these past few months leading up to a special Im filming and you will see that I’m strugglin right now. But I’m so grateful and excited to be a mom. I’m grateful I have access to healthcare, as we all should have. But I guess what I’m really saying is Fuck Hyde-Smith and anyone who voted for her. My feelings on her are best expressed by the above video. And I don’t usually agree with speaking ill of crackheads, but she has a crackhead looking mouth. Tiny racist teeth confederate ass campaign with her crack mouth said she would attend a public hanging. #crackmouth #tinyracistteeth #hyperemesisgravidarum

And while we know Schumer is having a tough time, we hope she keeps smiling (because the gal who keeps us laughing deserves to have her spirits lifted).