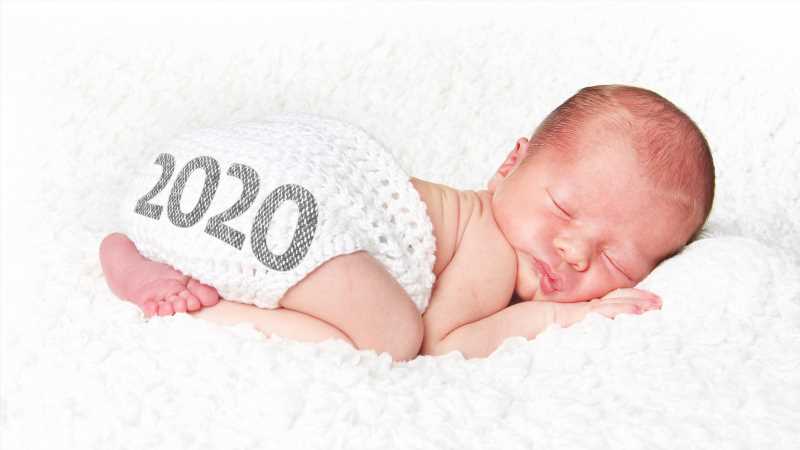 Kids born in 2020 are one cohort that comes with a built-in story to tell. Pandemic babies, quarantine cuties, whatever you want to call them, there’s no denying that they made their entrance to the world during what the apocryphal old curse would term “interesting times.” The Bump published a list of the year’s top 100 baby names — or 200, actually, since they had separate lists for both girls and boys.

Coming in at No. 100 on the girl names list was a surprise entry: Corona. Who could have guessed that so many people would choose to christen their daughters with the name of a Mexican beer? Although that does make more sense than honoring a potentially fatal viral infection … Gonna go out on a limb here and say that there probably weren’t too many baby Influenzas crawling around in 1919.

Coming higher up in the listings, however, were many of the usual suspects, names that have already been crowding the kindergartens throughout much of the past decade and leading to monikers such as Aaliyahs No. 1, 2, and 3 and Molly P, Molly G, and Molly A-N. The List chose six of these often-used names and conducted a poll to determine just how over them everyone is by now. The names, in order of popularity, were: Riley (No. 18 on The Bump‘s list), Ava (No. 20), Olivia (No. 23), Emma (No. 27), Isabella (No. 32), and Sophia (No. 36). And the big loser — the name 25 percent of respondents liked the least — was Riley.

What's so bad about Riley?

Riley, on the face of it, is a name which is pretty inoffensive. Of all the names on our list, it’s the only one that could really be considered unisex, although as Disney Family points out, it’s been trending as more of a girls’ than a boy’s name since the ’90s and by the early 2000s girl-Rileys far outnumbered boy-Rileys. Back to that Bump list, Riley did not make the top 100 for boy names, but it actually made the girls’ list twice: a variant spelling, Rylee, came in at No. 97.

Baby Names says that Riley means “descendant Of Roghallach,” something we suspect applies to few of today’s Rileys. The not-so-popular Irish name, which Disney Family spells as Raghallaigh, has the meaning of rye field, so this could be a good baby name if you’re a fan of either dark breads or J.D. Salinger.

There haven’t been too many celeb Rileys, however. There’s Riley Christian from The Bachelorette (though it turns out that’s not even his real name!), Riley Busby from Outdaughtered, Elvis’ granddaughter Riley Keough, Steph and Ayesha Curry’s firstborn, and … those are about the only ones we can think of. So, while Riley doesn’t have any particularly horrible associations, there’s nothing that really sets it apart from the crowd. For whatever reason, ¼ of our survey respondents are just done with that name.

How the other names ranked

Ava came in second in our unpopularity contest, with over 17 percent saying no to that name. While there’s no denying the old Hollywood allure of christening your baby after Frank Sinatra’s most glamorous ex, it’s the kind of name it’s going to take your baby at least 30 years to grow into.

Isabella came in at No. 3, with about 15 ½ percent of the votes — although if you must name your baby something along these lines, admittedly Isabella is a much better bet than that same name minus the final syllable. Otherwise, you’re dooming your poor daughter to hear some schoolhouse wit asking “Is-a-belle ringing?” every time the end of class is signaled.

Fourth place, with just shy of 15 percent, went to Emma (many of whom probably bear the nickname M&M), while fifth place, with almost 14 percent, went to Sophia, a name guaranteed to make your kiddo seem like the hottest septuagenarian at the senior center. In last place, meaning the least unpopular, was Olivia, a name that may have reminded just 13 ½ percent of our respondents of a cartoon pig.

No matter how we feel about these names, there’s one thing we can all agree on: worst baby name of the year (and most likely of all time) honors go to Elon Musk’s kiddo. The only positive thing that can be said about X Æ A-XII is that there’s never going to be more than one of those in a classroom.