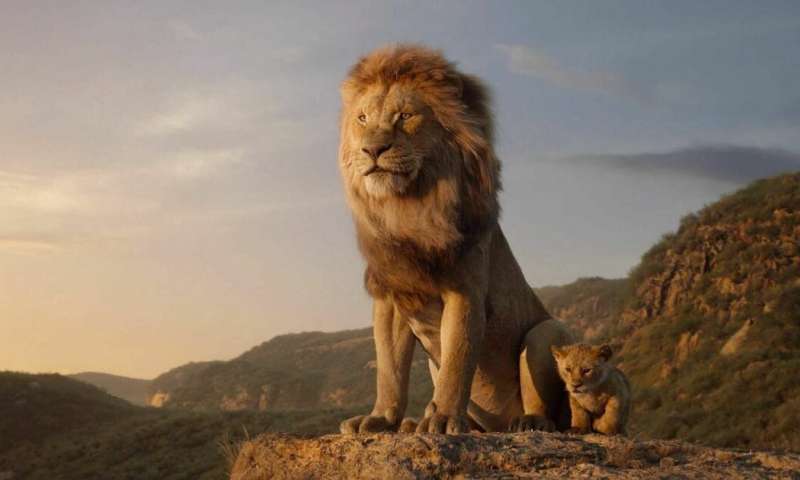 The Lion King is a movie about a young lion cub named Simba, who idolizes his father, King Mufasa, and is eager for his own royal destiny. Scar, former heir to the throne before Simba’s birth, sends Mufasa to his death and convinces Simba that the king’s death is the young cub’s own fault.

For more than 20 years, since a 1994 version of the film, and now with a new remake, The Lion King has taught children lessons about the circle of life, the importance of following your dreams and the possibility of learning from mistakes.

Most importantly, The Lion King teaches about children’s grief—specifically their emotional responses to the death of a parent.

Heart of the child’s existence

When Mufasa brings Simba to the highest point of Pride Rock to show him the kingdom’s boundaries and to help Simba understand the responsibility he’ll one day inherit, Simba places his paw in his father’s footprint.

The scene suggests Simba will one day have large shoes to fill. It portrays the respect and admiration the young lion has for his father.

The impact of the parent’s death on the family, and the loss of a significant role model for the child, changes the child’s existence. Children progress through what Swiss-born psychiatrist Elisabeth Kübler-Ross identified as the five stages of grief: denial, anger, bargaining, depression and acceptance.

Immediately after his father’s death, Simba displays a range of typical grieving emotions, from self-blame and anger to profound sadness.

Denial is an important part of the grieving process as it helps individuals to cope, survive the loss and progress through feelings of grief. Individuals go numb, and wonder how they can continue.

Simba’s character shows how death can be a difficult reality for children to accept. When Simba finds his father’s body, the cub is in shock. He circles Mufasa. “Dad?” he asks. “Dad, come on, you have to get up.”

Simba also experiences guilt: If only the young cub had listened to his father’s request not to explore on his own. If only his father hadn’t been trying to rescue him from a stampede.

Feelings of guilt associated with a parent’s death are not unique to Simba. Between ages of three to six, children enter what psychologist Erik Erikson called the initiative versus guilt psychosocial stage. The line between reality and fantasy is blurred. Children believe they can make things happen with their thoughts and wishes. If a parent dies during this time period, children might feel responsible.

Without the cognitive ability to understand death’s finality, children often think of people who have died as being far away or on a trip. They may feel angry when their loved one doesn’t return.

It is not until children are between ages five and seven that they develop an understanding of the irreversibility and inevitability of death, allowing them to acknowledge the deceased parent hasn’t abandoned them.

Eventually, individuals who are grieving find themselves bargaining. A child, for example, may promise to pick up their toys or stop arguing with their siblings to get back what was lost.

Depression is an appropriate response to loss. Depression in childhood can present as sadness, frequent crying, changes in appetite or sleep patterns or unexplained aches and pains.

Simba’s bargaining and depression appear in the same scene.

Once Simba stops shouting blame at his father for leaving, Simba says: “It’s me. It’s my fault.” Rafiki, a character who can be interpreted as a spiritual healer, reminds Simba that although Mufasa is dead, his spirit lives inside Simba. When Simba looks into the lake at his own reflection, he sees his father and is reminded of past hopes and dreams. Simba now enters the bargaining stage, pleading with Mufasa to stay.

Timon and Pumbaa famously teach Simba that ” … bad things happen and you can’t do anything about it … you can either run from it or learn from it.” 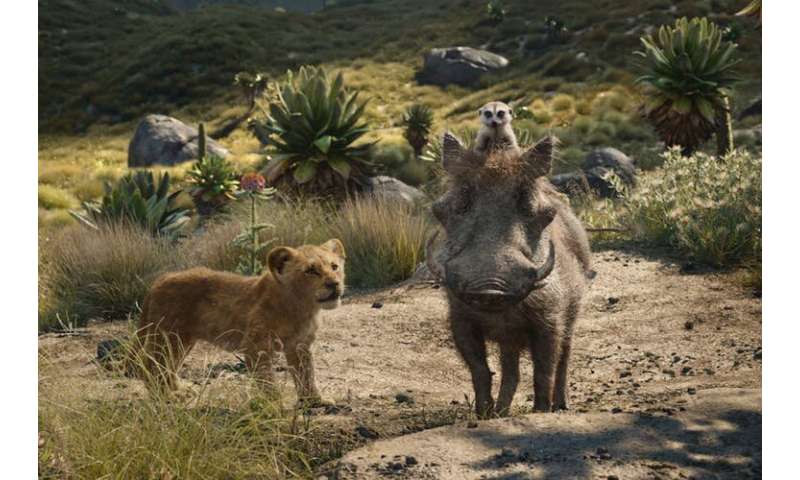 Grief is a multi-tasking emotion that people don’t move on from. Children have to learn to move forward with grief. Even with grief’s weight, it’s possible to follow dreams.

It isn’t until a bereaved adult recognizes that they have to continue through life with grief that they are able to transition into the final stage, acceptance.

At the movie’s end, Simba accepts his father’s death and his own rightful place as king.

How parents can support grieving children

If your child is bereaved, be direct. It’s important to talk to children about death.

Depending on their age, a child will be confused and they may think they caused the loss.

Provide children with facts about death, using language such as “death,” “his body stopped working,” rather than language such as “passed away,” and “lost.” It’s important to help children understand that death is part of life. The more children are shielded from reality, the more confusing and frightening death can be.

Provide continuity and maintain routine and normalcy in the home and at childcare or at school. Talk to your child’s educators so they can provide extra support.

Maintain boundaries and family roles. Sometimes, the death of a parent can overburden children with the responsibility of protecting the surviving parent or siblings. Psychologists call this situation parentification, where a child undergoes a functional or emotional role reversal. Children sacrifice their own needs in order to care for the needs of their living parent.

It’s helpful to have these difficult conversations with children, but to also provide materials for them to express their emotions such as through play with blocks, dolls or in drawing pictures.