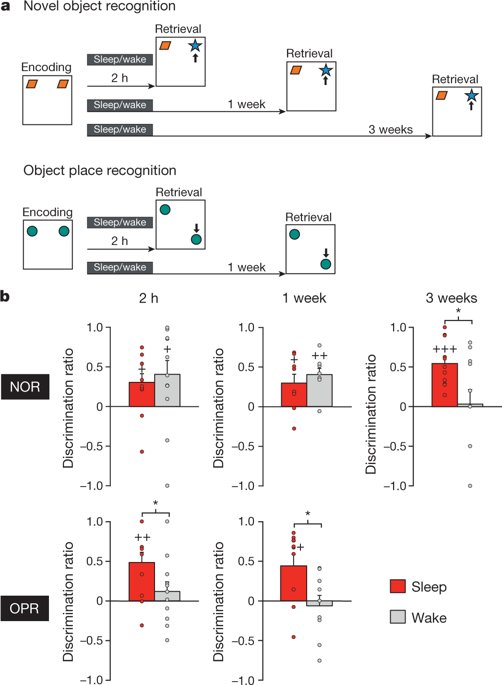 A longstanding division exists between hippocampus-dependent and non-hippocampus dependent memory since only the latter can be acquired and retrieved in the absence of normal hippocampal functions. In agreement with the familiar concept of “sleeping on a problem,” hippocampal-dependent memory consolidation is strongly supported by sleep. In a new study conducted by Anuck Sawangjit and colleagues, formation of long-term representation in a rat model of non-hippocampal memory was shown to depend on sleep and on the activation of hippocampus-dependent mechanisms during sleep.

For hippocampus-dependent memory, an active systems consolidation process was proposed based on the findings that neural representation of freshly encoded memories replayed during subsequent slow-wave sleep (SWS). By mechanism, neural replay originating from hippocampus networks together with sharp-wave ripples and thalamic spindles promoted the transmission of memory information. Repetitive occurrence enabled their gradual redistribution in extrahippocampal networks. The role of sleep during non-hippocampus-dependent memory is less well understood.

In the study, Sawangjit et al, compared the effects of post-encoding wakefulness on consolidation of non-hippocampus-dependent and hippocampus-dependent forms of memory in rats to understand the evolution of consolidation effects with time. To accomplish this, the researchers used the novel-object recognition (NOR) task and object-place recognition (OPR) task as tests to determine non-hippocampus-dependent and hippocampus-dependent-memory. Performance on the NOR task typically relied on the perirhinal cortex, normal hippocampal functions were not necessary to encode or retrieve NOR memory in rats according to preceding studies. During a two-hour interval, the rats either slept or remained awake after task encoding. Retrieval was tested immediately after the two-hour interval or conducted after one week (NOR only), or three weeks later (remote tests) to test long-term memory. The NOR memory did not differ between sleep and awake states, but in contrast OPR memory significantly enhanced after sleep only and not while awake. Repeated reactivation of newly encoded hippocampal representation during subsequent slow-wave-sleep (SWV) had an impact on the consolidating effect of sleep on hippocampus-dependent spatial memory. 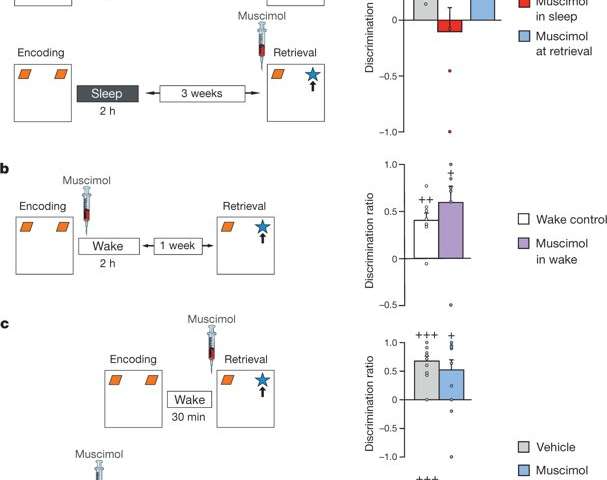 In the architecture of post-encoding sleep, results were comparable to previous studies, and analyses revealed that remote NOR memory retrieval strongly correlated with measures of spindle activity during slow-wave-sleep (SWS). The combined results agreed with the idea that muscimol prevented long-term memory formation by suppressing hippocampal ripples as well as its associated reactivation during SWS. The findings by Sawangjit et al. did not completely rule out contributions of REM-sleep-related mechanisms, although the concept was not addressed in the present study. 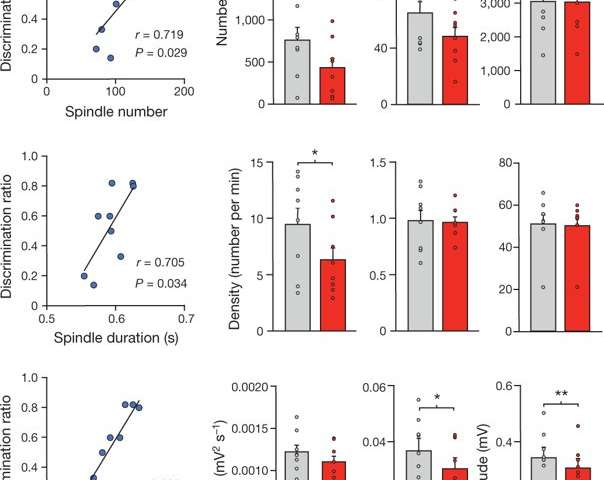