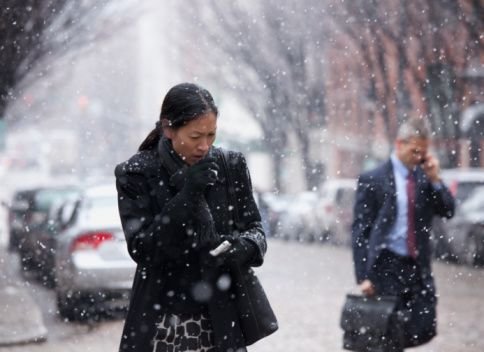 Even though many people dismiss and misunderstand it—calling everything from a cold to a stomach bug “the flu”— influenza actually claims 12,000 to 56,000 lives in the U.S. every year. And that’s in a normal flu season.

Every so often, a flu pandemic emerges. That’s when a new strain appears that is so different from what has circulated before that people have no immunity to it. A hundred years ago, the 1918 H1N1 pandemic swept the globe infecting about a third of the world’s population and killing 50 million to 100 million people. Since then, there have been three more pandemics, in 1957, 1968, and 2009.

The next pandemic, say experts, is a question of when, not if. Are we ready?

“We’ve come a long way, but we are still vulnerable,” says Ruth Berkelman, emeritus director of the Center for Public Health Preparedness and Research at Rollins School of Public Health. “Influenza spreads quickly. It mutates quickly. And it’s persistent in the environment. I think it’s one of the biggest catastrophic threats we face.”

But we have vaccines to help prevent infection, antivirals to cut a bout of flu short, and antibiotics to combat the bacterial infections that often arise after the flu. We’re safer now than ever before, right?

Not really. Influenza is a wily adversary. It hides in its host for a day or so before making its presence known, so the infected person can unknowingly spread the germ to countless others just by going about daily routines of school or work, grocery shopping, or working out at the gym. The virus is contagious, spread largely by droplets produced when those infected sneeze, cough, or talk. Flu germs can leap to other people up to six feet away and linger on hard surfaces for 24 hours.

And, most worrisome, the virus constantly morphs and changes to outwit vaccines.

“You can do a lot to get ready, but at the end of the day, the flu seems to find a way around everything you’ve done,” says Lynnette Brammer, who leads the CDC’s domestic influenza surveillance team.

Brammer has a Game of Thrones-inspired sign in her office that reads, “Flu is Coming.”

“It’s almost like influenza has a mind of its own,” she says. “It’s wildly unpredictable.”

Consider the 2009 pandemic. Flu watchers had been convinced the next pandemic would come from an avian influenza strain out of Asia, but the 2009 outbreak was a strain that circulated among swine, H1N1 (a variant of the strain responsible for the 1918 pandemic), and it emerged from Mexico. The outbreak began in April, when flu is not typically circulating in the Northern Hemisphere.

“It started in such a strange location and at such a strange time of year, taking everyone by surprise,” says Allison Chamberlain, acting director of the Center for Public Health Preparedness and Research and research assistant professor of epidemiology at Rollins. “It just underscores how hard it is to stay ahead of the flu.”

That fall, Emory students who were confirmed to have or suspected of having Swine flu voluntary moved into a “quarantine dorm.”

“The residents of Turman South receive free meals, do not attend class, and travel to the pharmacy in a van they call the Flying Pig. Linens are changed daily. A staff member brings grocery bags of Tamiflu, granola, sports drinks, soup, and thermometers. The goal is preventing the infected from sniffling and hacking their way into an epidemic,” wrote Emory College journalism alumnus Robbie Brown, who covered the event for the New York Times in September 2009.

Guarding Against a Shape-Shifter

Influenza’s propensity to shape shift makes formulating vaccines something of a guessing game.

In February, the U.S. Food and Drug Administration, with recommendations by the World Health Organization, decides which three or four strains to include in the U.S. vaccine for the next flu season based on which ones have been circulating to that point.

But in the six or more months it takes to produce and distribute a new vaccine, the virus may have morphed into a strain different enough from the original that the vaccine is ineffective. As a result, flu vaccines are only 40 percent to 60 percent effective in the best years. Compounding the problem, less than half of Americans get their annual flu shot, and that number is far less in developing countries.

“If I get myself vaccinated but everyone else around me skips the vaccine, I am more at risk,” says Walter Orenstein, director of the Emory Program on Vaccine Policy and Development. “That’s because the general herd immunity threshold for influenza is thought to be 50 percent.”

Last year’s flu season was the deadliest in 40 years, killing an estimated 80,000 Americans, including 180 children. The severity of the epidemic highlighted other potential shortcomings. Demand for hospital beds and services quickly outstripped supply. Grady Memorial Hospital was forced to convert waiting rooms into in-patient units, rent “mobile ERs” for the parking lot, and ask staff to work overtime.