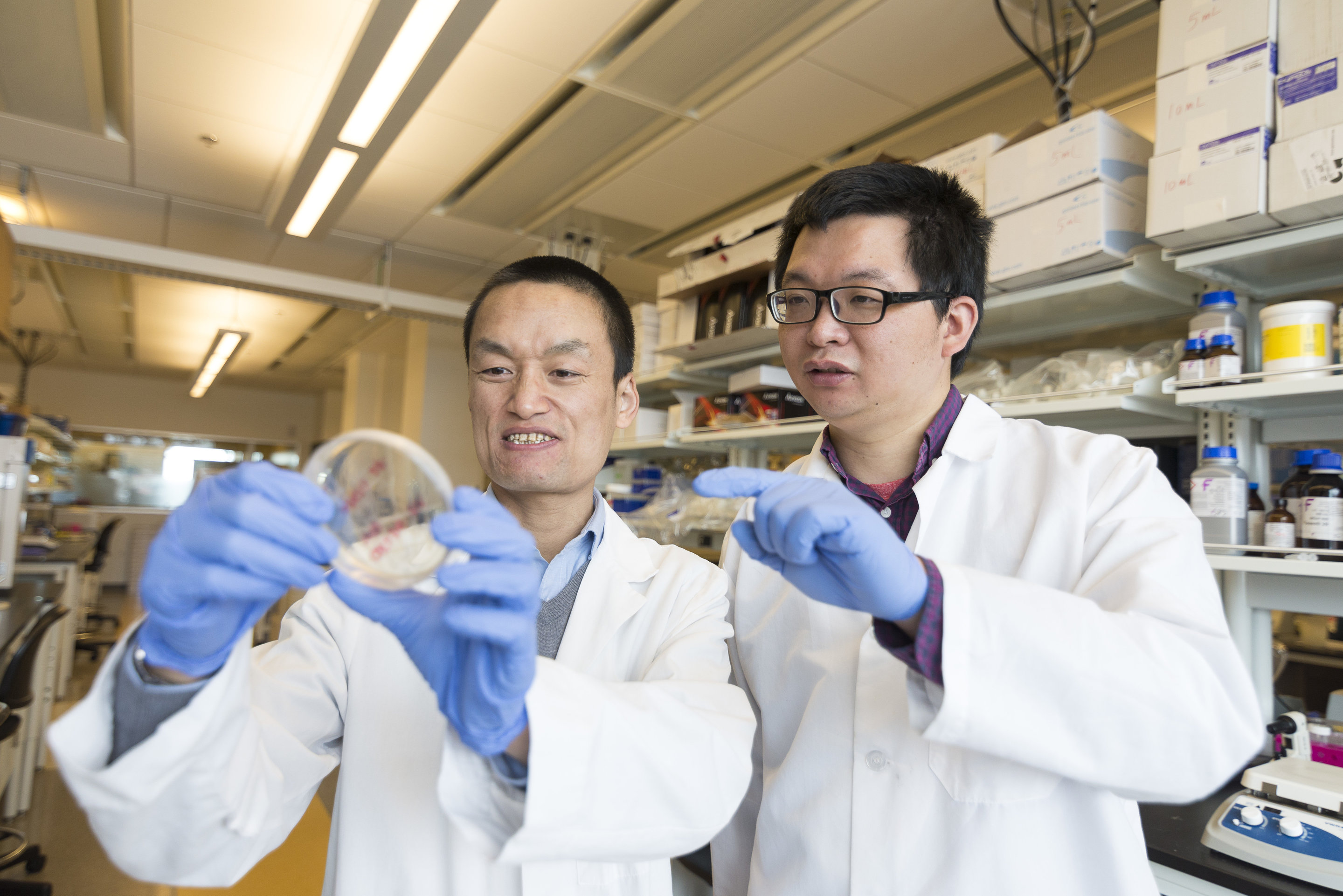 Published in the Journal of Biological Chemistry, their finding could be used as the basis for future development of treatment strategies and drugs to reduce heart disease risk in cancer survivors, especially those treated in childhood.

Recent improvements in the diagnosis and treatment of cancer have increased the survival odds of cancer patients. In the U.S., an estimated 16 million people—or 5 percent of the population—are cancer survivors. After cancer recurrence, heart disease is the number one cause of death in this group. Heart toxicity associated with the use of doxorubicin and related chemotherapy drugs is thought to be responsible for cancer survivors’ increased risk of developing heart disease.

“Doxorubicin is very effective at controlling tumor growth, but when used in large cumulative doses it causes damage to cardiac muscle cells that may, over time, lead to heart disease,” said study author Zhaokang Cheng, assistant professor in the WSU College of Pharmacy and Pharmaceutical Sciences.

To better understand how this works at the molecular level, Cheng and his research team looked at cyclin-dependent kinase 2 (CDK2), a protein that is part of a family of more than 20 CDKs that have been implicated in cancer growth.

CDKs are essential proteins in the multiplication and division of different cell types, especially during development. As tumors grow, cancer cells show increased levels of CDK activity, whereas cardiac muscle cells—which do not regenerate in adults—show low levels of CDK.

“It has been known that chemotherapy decreases CDK activity in cancer cells and that this is involved in stopping tumor growth,” Cheng said. “Interestingly, though, when we looked at CDK levels in the heart, chemotherapy increased CDK activity, which was the opposite of what scientists were thinking.”

Next, the researchers looked to see whether inhibiting CDK2 could stop heart cell growth and protect the heart from doxorubicin-induced damage. They treated a group of mice with both doxorubicin and roscovitine—an immunosuppressive substance that selectively inhibits CDK2—and found that heart function in those mice was preserved. The same findings were also confirmed in rat heart cells.

The study shows early promise that CDK inhibitor drugs could be used to stave off heart toxicity in patients being treated with doxorubicin.

CDK inhibitors are a newer class of anticancer drugs. Only three such drugs—palbociclib, ribociclib and abemaciclib—are currently FDA-approved for the treatment of different types of breast cancers, while another dozen or so are being tested in clinical trials.

“Our findings suggest that combining doxorubicin with a CDK inhibitor could be a viable strategy for protecting patients’ hearts while they are being treated for cancer,” Cheng said. “It could provide a much stronger anticancer effect with less toxicity to the heart.”