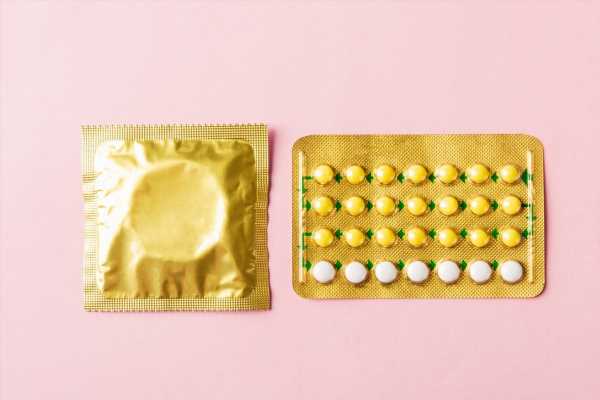 Sexual health was first addressed, albeit tentatively, by the World Health Organization (WHO) in 1975, as "a state of physical, emotional, mental, and social well-being in relation to sexuality; it is not merely the absence of disease, dysfunction, or infirmity. Sexual health requires a positive and respectful approach to sexuality and sexual relationships, as well as the possibility of having pleasurable and safe sexual experiences, free of coercion, discrimination, and violence."

Sexual health involves understanding what sexual behavior entails, in terms of the risks, benefits, and responsibilities, as well as recognizing that human beings can have rewarding sexual relationships. It is affected by a range of cultural and demographic constructs, including health policies and practices.

Both individual and social/governmental components of sexual health are therefore recognized as present and essential.

Thinking and talking about sex

Among the former, contraception is necessarily an essential facet. The United Nations Educational, Scientific, and Cultural Organization (UNESCO) estimated, in 2021, that only a third of young people worldwide were aware of how to prevent the transmission of human immunodeficiency virus (HIV). Similarly, the knowledge of contraception is low in many regions.

In China, just over half of university students reported having ever received sex education. However, a new law that mandates this field of education is due to come into force in June 2021.

In India, many states did not permit sex education, but again, the government has enacted a national sex education program from 2018 onwards, covering sexually transmitted infections (STIs). This may reduce the rates of underage marriages and unexpected pregnancies, encouraging more children to complete their schooling.

The same is true for Uganda, with its 2018 sex education policy. In the US, about 60% and 43% of male and female adolescents in the USA said they were never told about contraception before their first sexual experience.

Similarly, up to 80% of young American women were never taught how to decline sex, and up to 70% said they were never trained to do so before their first sexual experience. Just over a quarter had learned how to say no, but not learned about birth control. Interestingly, almost 90% knew the facts about STIs and HIV.

Having multiple sexual partners and unprotected sex is reflected in the development of over a million STIs, mostly asymptomatic, per day worldwide. Over 370 million new STIs occur each year caused by chlamydia, gonorrhea, syphilis, and trichomoniasis.

Chlamydia and gonorrhea cause a major share of pelvic inflammatory disease (PID), infertility, and ectopic pregnancy. Over 500 million genital infections with type 1 herpes simplex virus (HSV1) are reported yearly. Human papillomavirus (HPV) causes over 570,000 cervical cancers per year and over 300,000 deaths. And hepatitis B caused fatal cirrhosis or cancer, leading to 800,000 deaths in 2019.

Syphilis is linked to a million infections during pregnancy, with over 350,000 adverse outcomes, including 200,000 stillbirths and neonatal deaths.

STIs cause infertility, cancers, pregnancy losses or complications, and a higher risk of HIV. Many of these pathogens are developing resistance to antimicrobials.

STIs are a source of shame and ostracism. Screening for STIs is often limited, especially in low- and middle-income countries (LMICs). People who seek such services may have to pay from their own pockets. These hindrances are greater for sexual minorities with many partners and high rates of STIs.

It should be emphasized that abstinence, or a monogamous lifelong relationship, is the only foolproof way to prevent STIs. Currently, vaccines are available against hepatitis B and HPV, while HIV and HSV vaccines are in early trials.

The teenage pregnancy rate is falling globally but varies enormously from place to place. In East Asia, it is as low as 7 per 1,000, compared to 170 in some parts of Africa. In Uganda, as in many other African countries, one in four girls have become pregnant by the time they are 19, and one in four had one STI at least by 50. Family planning is traditionally frowned upon, and girls are expected to get married and start their families young rather than pursue education.

Sadly, the number 1 killer among young women aged 15-19 years is pregnancy and childbirth-related complications like eclampsia and infectious complications. In fact, 99% of deaths in this age group occur in LMICs. The answer to this issue is high-quality maternity care, which has been shown to overcome the increased risks of adverse pregnancy outcomes in this group.

Many researchers have debated the existence and clinical features of sex addiction. Some have concluded that it is a true syndrome of hypersexuality, mostly psychiatrists. This is marked by the introduction of a new term, compulsive sexual behavior disorder (CSBD) in the International Classification of Diseases, Eleventh Revision, as one of the impulse control disorders. CSBD has been estimated to be present in about a tenth of men and a slightly lower percentage of women in the USA.

Others feel that compulsive sexual behavior is a consequence of living in a society that is characterized by sexual behavior going out of control. In either scenario, the individuals display a pattern where they find it difficult to control repetitive sexual urges and feelings, leading to repeated sexual behavior that causes impaired functioning and distress.

A 2019 US survey revealed that nearly 40% of high school students had sexual intercourse at least once. Of these, one in four reported intercourse within the last three months, half without a condom, and one in seven with no protection. One in five were on drugs or alcohol at the time of intercourse.

Less than one in ten had ever been tested for HIV, and the same percentage had not been tested for any STI over the past year. Unsurprisingly, over a fifth of new HIV cases were among youngsters aged 13-24 years, with 9 out of 10 young men. Again, young people 15-24 years old accounted for 10 million new STIs each year, half of the total.

Female genital mutilation (FGM) is an ancient practice in some societies where part or the whole of the external female genital organs are removed without any medical indication or benefit. It may lead to hemorrhagic and infective complications, including death, as well as later difficulties with menstruation, sex, childbirth, and a higher risk of neonatal deaths, often requiring repeated surgeries.

There are over 200 million survivors of FGM, mostly in Africa, the Middle East and Asia, with the vast majority having been mutilated in childhood. Besides the physical harm, psychological trauma including post-traumatic stress disorder (PTSD), depression and low self-worth are recognized complications.

Sexual or physical violence is reported to have been experienced by an estimated one in three women worldwide. The greatest proportion of such violence is inflicted by their partners, involving well over a quarter of women in a relationship.

Sexual/physical violence by partners is highest in South-East Asia and the Eastern Mediterranean region, at over 30% of women in a relationship, while it is reported to occur in a quarter and a fifth of such women in developed countries and the Western Pacific. Such women are more prone to have abortions, STIs, preterm births, psychological disorders, substance abuse, and suicide attempts, as well as psychosomatic disorders.

There are almost 2 billion women between 15 and 49 years, of which over a billion need to plan their childbearing. Multiple modern methods are in use, including condoms which reduce the risk of pregnancy as well as STIs, unlike all other methods. Combined oral contraceptives, progestin-only pills, implants and injectables, vaginal rings and skin patches, intrauterine devices containing copper or progestin, and sterilization are among the most widely used methods.

Yet, over 270 million do not have access to safe contraceptives. The proportion of fulfilled need for family planning methods has gone up somewhat in the African region, at 58%, though the rest of the world shows no change at 77% over the five years from 2015 to 2020.

Abortion and emergency contraception (EC) pills are used as family planning methods by millions of women. In fact, 60% of unintended pregnancies are deliberately aborted, making up over 70 million embryonic and fetal deaths.

Legalized abortions are very common in many countries, despite strong evidence suggesting that "Women who abort are at higher risk of many mental health problems," including depression, less satisfaction with the decision to abort, and abortion-specific post-traumatic stress disorder (PTSD).

The latter was diagnosed in about 40% of women in a study conducted by the American Psychological Association's (APA) Task Force on Mental Health and Abortion (TFMHA). Repeated abortions are one of the many risk factors associated with such adverse outcomes. Moreover, one researcher concluded: "There are no findings of mental health benefits associated with abortion."

EC is used to make up for failure to take safe sex measures in cases of sexual assault or citing contraceptive failure. The habitual use of hormonal EC pills may cause menstrual cycle irregularities and medical complications in women with contraindications to the use of a combined oral contraceptive or progestin-only method.

Unsafe abortions make up about 75% of abortions in Africa and Latin America, with the former contributing over half the total number worldwide. These may cause up to 13% of maternal deaths (30 per 100,000 unsafe abortions). About 7 million women will need hospitalization for related complications, including incomplete abortion and heavy bleeding, infection, and trauma to the reproductive tract.

HIV is transmitted sexually but also through blood and other body fluids. Almost 38 million people are living with HIV today, mostly in Africa. In 2020, almost a million died of AIDS, and 1.5 million new cases were reported.

Condom use, testing for the disease and related STIs as well as for tuberculosis, and treatment with antiretroviral drugs are all available, but the risk remains. Though it is not curable, universal lifelong treatment with antiretroviral therapy (ART) is recommended. Over 28 million people are on such drugs today, covering almost three-quarters of the population, but sadly, only half of the children who need it.

While sexual rights have become a fundamental right for many cultures, it is time to reflect that rights without responsibility have accomplished little good for these societies. Research shows that the risk of breast and cervical cancer is increased with long-term hormonal contraception, and the latter is closely linked to the presence of high-risk strains of HPV. Abortions are linked to

Perhaps the immense costs generated by each of the several sexual health-related conditions above could be put to much more fruitful use by a rational sense of discipline of human sexuality to fulfill goals related to the common benefit and individual hedonism.