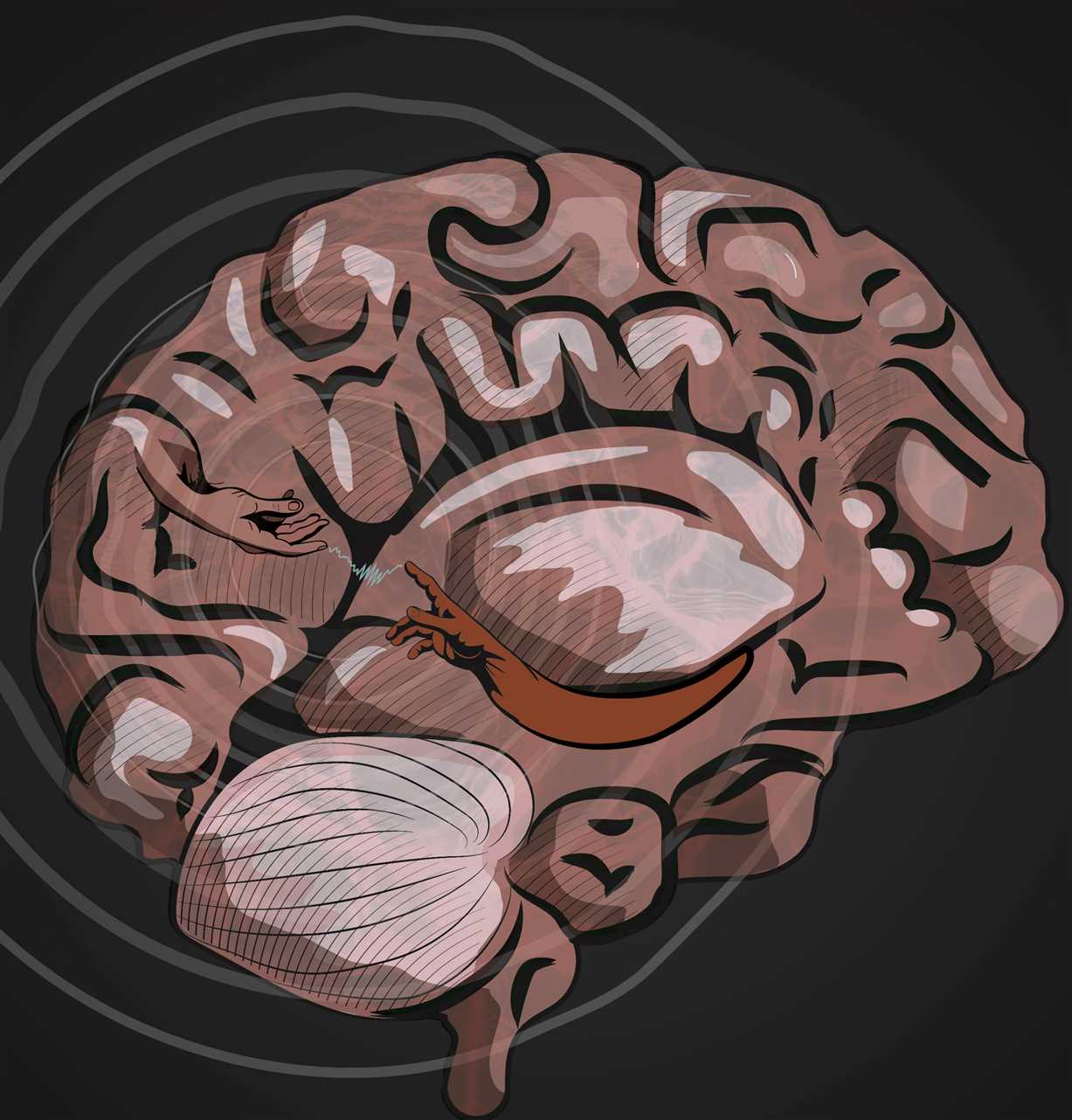 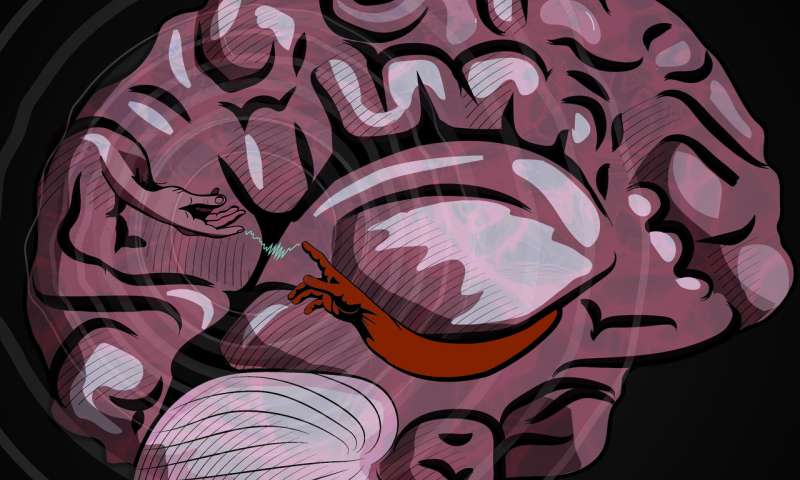 Extraterrestrial scientists landing in a football stadium would be struck by the sight of the crowd suddenly standing up and shouting in unison. In a similar manner, since the nineties, researchers have observed a special pattern of neuronal activity in rodents: tens of thousands of nerve cells firing in unison in a part of the brain called the hippocampus. But, like an alien scientist, the researchers have not been able to understand the “language” of the rodents’ minds when these mysterious synchronous bursts occurred.

Recently Weizmann Institute scientists succeeded in recording these rapid bursts of activity—called “hippocampal ripples”—in the human brain, and they were able to demonstrate their importance as a neuronal mechanism underlying the engraving of new memories and their subsequent recall. These findings appear today in Science.

“The ripple is an amazing event in its intensity and timing. It is an orchestrated burst of synchronous activation by about 15% of hippocampal neurons—all firing together within about a tenth of a second. It’s a nerve-cell fireworks display,” explains Prof. Rafi Malach of the Institute’s Neurobiology Department. It was first revealed that they emerge during mental states of sleep and rest, and that they play an important role in rodents’ spatial navigational memory. Only recently it was found that such synchronous electrical activity in large groups of neurons also occurs in the primate hippocampus during the awake state. However, until now, scientists have been kept in the dark as to the roles the ripples play in human cognition and mental activity. 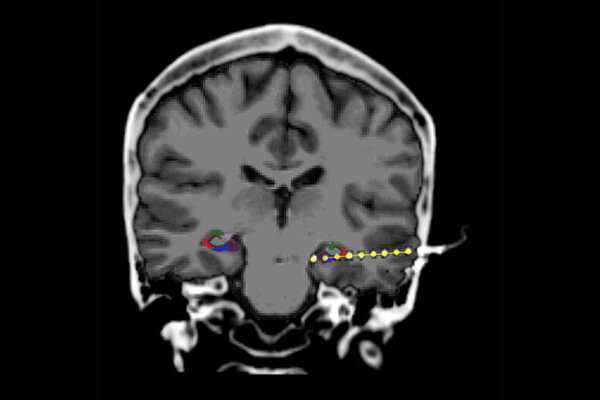 Humans can, of course, communicate their thoughts, but most research methods do not give scientists a detailed view of what happens at the same time within the brain. Yitzhak Norman, a Ph.D. student in Malach’s lab, who led the current research in collaboration with the group of Prof. Ashesh Mehta from the Feinstein Institute for Medical Research in the US, recruiting patients who undergo invasive recordings in the course of their medical diagnosis. In this clinical procedure, patients suffering from intractable epilepsy get electrodes implanted in multiple brain regions to locate the epileptic focus and surgically remove it. These patients freely volunteered to participate in the memory experiments while they waited in the hospital between seizures.

During the experiment, the patients were presented with pictures, rich in color and visual detail, of either faces of famous people (e.g., Barack Obama, Uma Thurman) or famous monuments (e.g., the Statue of Liberty, the Leaning Tower of Pisa). The patients were asked to try to remember these pictures in as much detail as possible. After this picture-viewing stage, and following a short distraction task, they were asked, with their eyes covered, to freely recall the pictures and describe them in detail. Throughout the experiment, the talking of the patients was recorded simultaneously with their corresponding brain activity, which was revealed through the electrodes implanted both in the hippocampus, as well as other regions in the cerebral cortex.

Correlating the brain’s activity and the patient’s verbal reports revealed a number of striking observations. First, it was found that ripple-bursts had a critical role in the free recall process: about a second or two before the patients recalled and began describing a new picture, there was a significant increase in the ripple rate anticipating their recall. Importantly, the hippocampal ripples re-expressed the content of the pictures: pictures that elicited a higher number of ripples during the viewing stage also elicited a higher number of ripples during the subsequent recall. 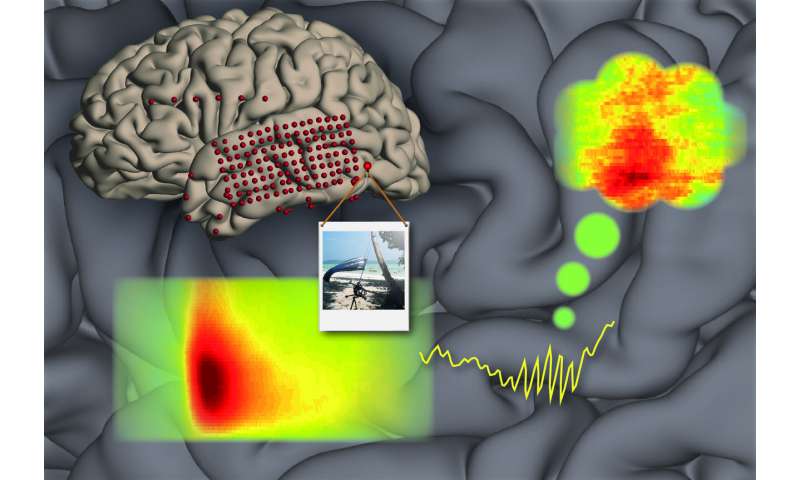 Since brain activity was recorded simultaneously in the hippocampus and the cerebral cortex, the researchers were able to demonstrate that the ripples were synchronized with cortical activation, specifically in the visual centers of the brain where the detailed visual information is likely to be stored. Furthermore, high-level visual centers are known to be specialized in representing specific visual categories—for example, faces are represented in one cortical region and monuments in another region. Accordingly, when patients recalled a face, for example, Barack Obama, or alternatively, a monument, such as the Eiffel Tower, cortical activity was selectively enhanced in the corresponding visual centers. Norman explains: “An orchestrated action across a number of centers is revealed during free recall, with the hippocampus playing the role of the conductor.”