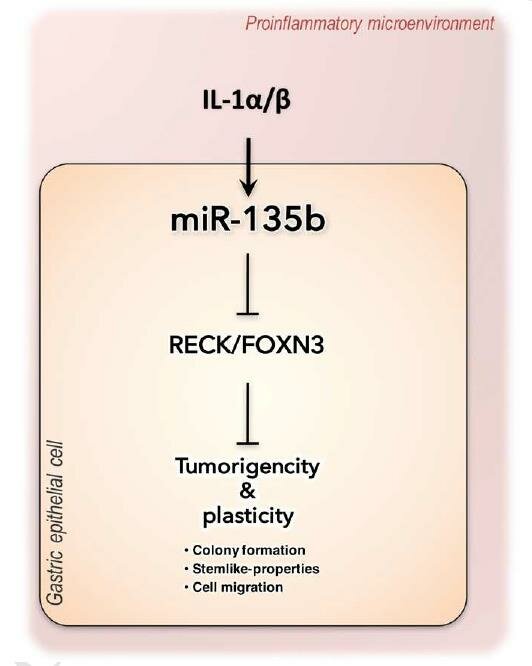 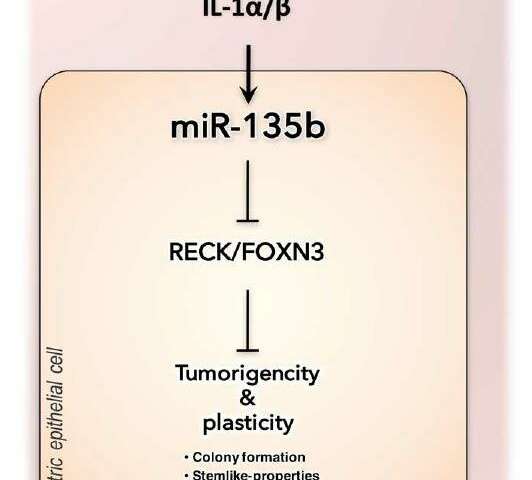 Severe inflammation in tissues is often associated with the occurrence of cancer. The mechanism linking both these conditions is not clearly understood. Furthermore, inflamed and cancerous tissues contain a heterogenous mix of damaged and protective cells. This makes it very difficult to isolate the primary damaged cells and study them further. Researchers at Kanazawa University have recently developed a technique to make this possible.

The team used a method of isolating preferred cells from the site of damage, called as laser microdissection (LMD). This involved employing a laser beam to focus on and pick out a specific set of cells. LMD was subsequently applied to understand how gastritis (inflammation of the stomach) can lead to gastric cancer.

The stomach lining comprises mainly epithelial cells. Epithelial cells were therefore isolated from the damaged lining of mice suffering from either gastritis, or inflammation-associated gastric cancer. It was seen that in both these instances, miR-I35B, a gene modulator, was increased to the same extent; much higher than levels observed in healthy mice. Interestingly, miR-I35B levels were already quite high at early stages of cancer—they did not seem to change much as the cancer advanced. This observation was confirmed in human patient samples too.

To then understand what spikes the levels of miR-I35B, the researchers used different chemical triggers of inflammation. They found that IL-1α and IL-1β, two specific inflammatory cytokines present in the body, were responsible for driving this increase. miR-I35B changes were thus closely connected to an inflammatory response. The exact link between miR-I35B and the development of cancer, however, remained a mystery. Using established cancer cell lines, the research group then showed that a miR-I35B mimicking agent led the cells to attach firmly, proliferate and migrate; very much like cancer cells in the body.

Since miR-I35B is a type of microRNA, or gene modulating agent, what genes did it target to bring about these actions? A series of gene-analysis studies on the mice suggested a list of implicated genes. Two such candidates, namely, FOXN3 and RECK, were found to be severely inhibited by miR-135B. In the healthy state, FOXN3 and RECK are known to suppress tumour formation. Inhibition of these genes led to increased cell migration, which is a prime feature of cancer cells. FOXN3 and RECK are likely the primary mediators of miR-135B-induced gastric cancer.