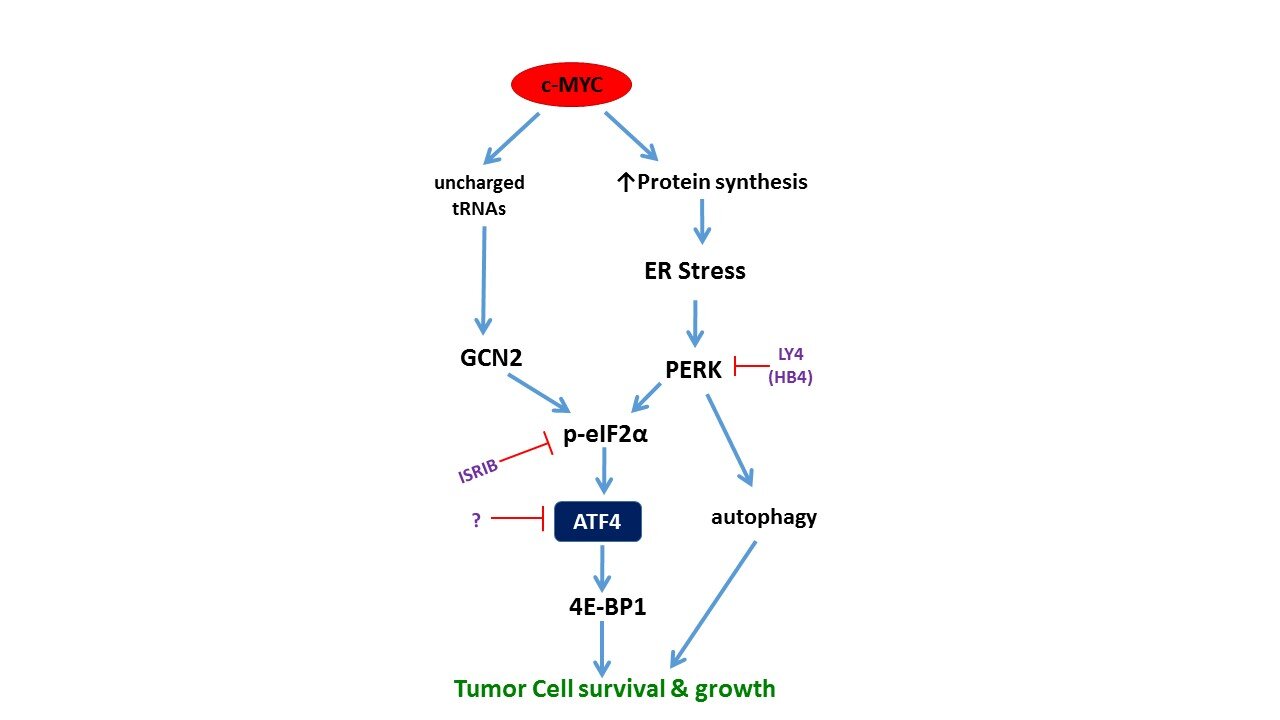 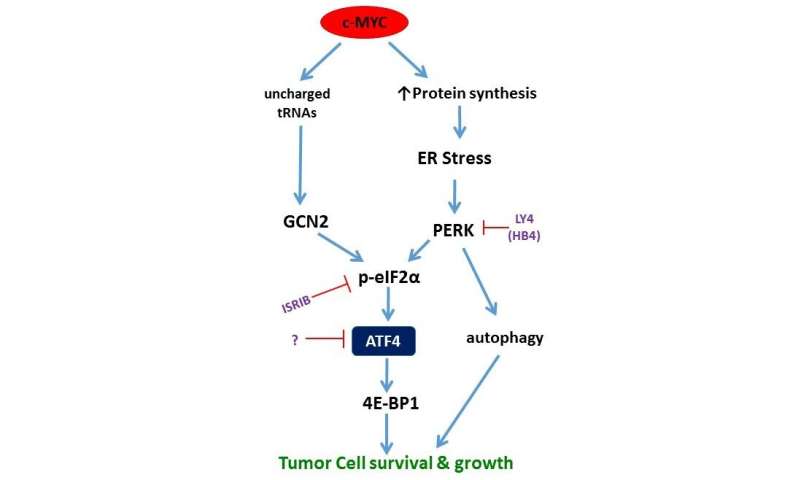 For years, researchers have been trying to target a gene called MYC that is known to drive tumor growth in multiple cancer types when it is mutated or over-expressed, but hitting that target successfully has proven difficult. Now researchers in the Perelman School of Medicine of the University of Pennsylvania have identified a new pathway that works as a partner to MYC and may be its Achilles’ Heel. The pathway involves a protein called ATF4, and when it’s blocked, it can cause cancer cells to produce too much protein and die. These findings in cell lines and mouse models could point the way toward a new therapeutic approach as inhibitors that can block synthesis of ATF4 already exist. The journal Nature Cell Biology published the findings today.

MYC is a gene that controls normal cell growth, but when it is mutated or amplified in cancer, it sets off a chain reaction that helps tumors grow uncontrollably. While there is currently no specific way to target it, previous research has focused on blocking other steps in the chain as a workaround to impede tumor growth. The team, led by Constantinos Koumenis, Ph.D., the Richard Chamberlain Professor of Radiation Oncology and vice chair and research division director of Radiation Oncology, have previously shown that in certain tumors, one of these steps is regulated by a kinase called PERK, which activates ATF4. However, in this new study, they’ve shown that blocking PERK does not always stop tumor growth because MYC actually controls a second process that can work in parallel as a redundancy in the system. This study identified this second kinase, which is called GCN2.

“What we’ve learned is that we need to go further downstream to block tumor growth in a way that cancer cells can’t easily escape, and our study identifies the target to do just that,” said Koumenis, who is the co-senior author on this study along with Davide Ruggero, Ph.D., a professor of Urology in the Helen Diller Family Comprehensive Cancer Center at the University of California, San Francisco (UCSF).

This study shows the alternative approach is to target ATF4 itself, since it’s the point where both signal pathways converge, meaning there’s less redundancy built in to allow cancer to survive. The findings also show that ATF4 turns on the genes MYC needs for growth and also controls the rate at which cells make specific proteins called 4E-BP. When the researchers knocked out ATF4 in cells or mice, they found tumor cells continued to build up those proteins and eventually died as a result of stress. This blocked tumor growth in mice with lymphomas and colorectal cancer. This study also found that when tumors in humans are driven by MYC, ATF4 and its protein partner 4E-BP are also overly expressed, which is further evidence that these findings may point to an approach that could work for humans.

“This shows us the potential impacts of targeting ATF4 in MYC-dependent tumors, something we’re already studying. We’re also working to confirm this approach will not cause any serious off-target effects,” said lead author Feven Tameire, Ph.D., who conducted this research while she was a doctoral candidate at Penn.