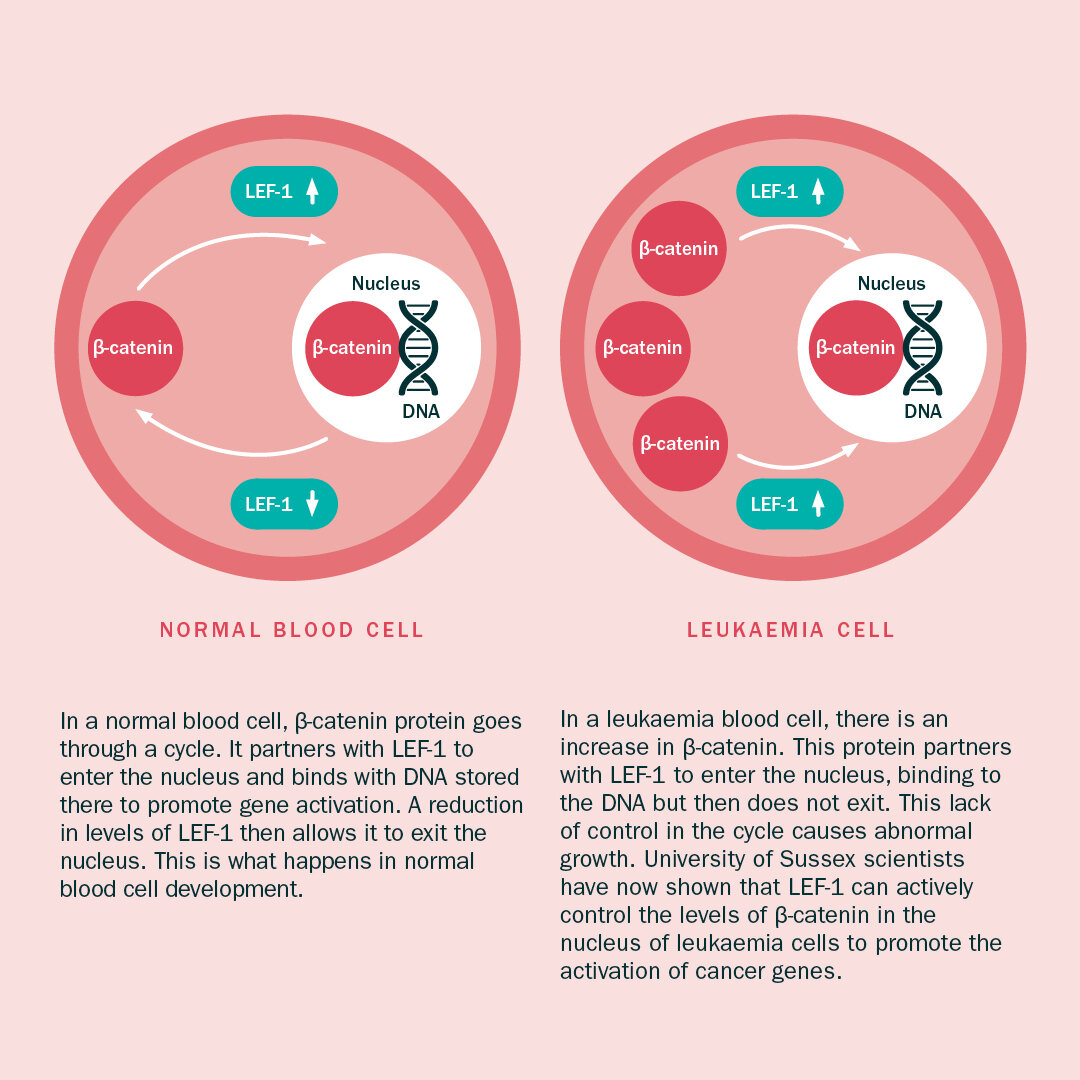 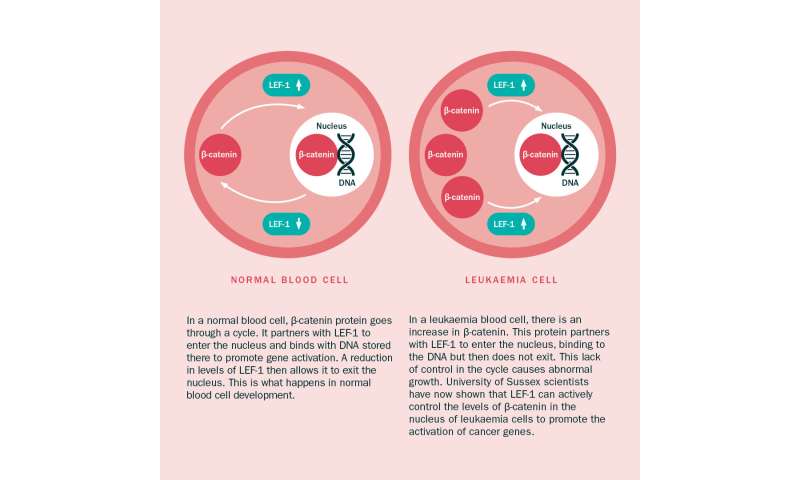 A mechanism which drives leukaemia cell growth has been discovered by researchers at the University of Sussex, who believe their findings could help to inform new strategies when it comes to treating the cancer.

Acute myeloid leukaemia (AML) is a devastating blood cancer with around 3,000 new cases annually in the UK.

Despite considerable improvement in patient survival over the last 50 years, the prognosis remains poor for many subsets of adults and children who suffer from the disease.

Current chemotherapies are highly toxic, and often fail to induce a long-term cure resulting in an urgent clinical need for the design of better tolerated and highly targeted therapies that induce durable remissions.

Leukaemia cells are known to have an overactive level of a protein called β-catenin, which can drive cancer development. Once this protein moves into the nucleus of cells, where DNA is stored, it can assist the activation of genes important for leukaemia development. The activity of β-catenin is highly dependent upon the interactions it forms with other proteins in the cell.

Up until now, the movement of β-catenin into the nucleus of leukaemia cells has been a poorly understood process in blood cells.

But researchers from the University of Sussex, Bristol and Cardiff using funding from the Kay Kendall Leukaemia Fund (KKLF) and Bloodwise have now discovered a protein partner that promotes this process and therefore helps leukaemia cells to grow. Their findings could lead to the development of new therapeutic strategies to treat AML.

In a paper published in the journal Haematologica, Dr. Rhys Morgan, Lecturer in Biomedical Science, observed that protein LEF-1 can actively control the level of β-catenin in the nucleus of myeloid leukaemia cells. This is the first study to reveal such a mechanism is active in leukaemia cells, and also the first to reveal β-catenin’s interaction partners in blood cells.

Dr. Rhys Morgan, from the University of Sussex, said: “Whilst scientists have long been aware of the involvement of β-catenin in cancer progression, drugs directly targeting the protein or its partners haven’t yet reached the clinic. From our research findings we’d suggest that pharmacological targeting of β-catenin’s movement into the nucleus, through a partner like LEF-1, could be a viable treatment strategy in leukaemia.”

He explained further: “This research is at a very early stage and targeting the activity of β-catenin won’t be a solution for all leukaemia cases and subtypes.

“However data suggests that anywhere between 20-80% of AML cases display elevated levels of this molecule which justifies further investigation in this setting.”