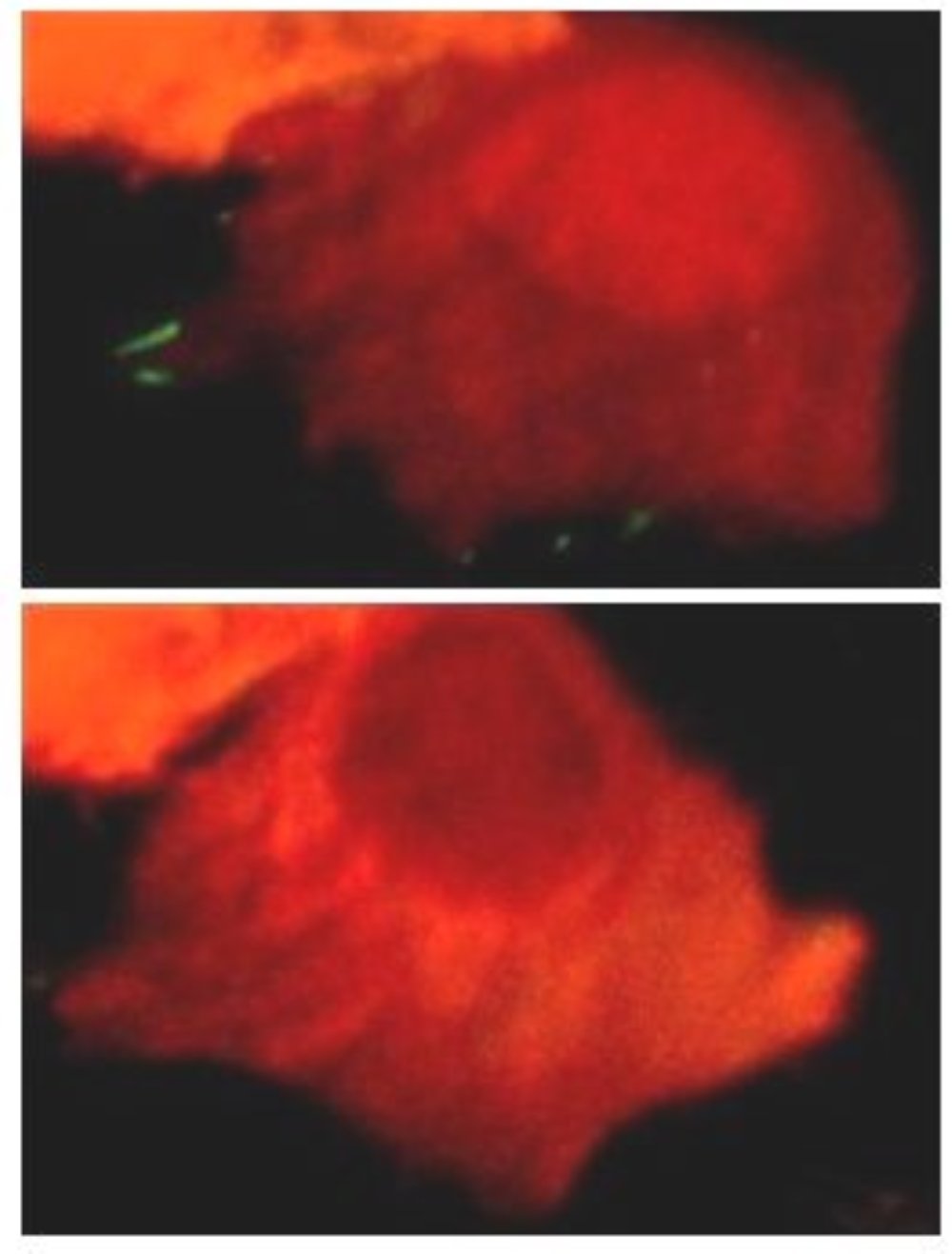 A molecular pathway that’s frequently mutated in many different forms of cancer becomes active when cells push parts of their membranes outward into bulging protrusions, Johns Hopkins researchers report in a new study. The finding, published Nov. 7 in Nature Communications, could eventually lead to new targets for cancer-fighting therapeutics.

This pathway, known as Ras-ERK, involves two important families of proteins. The first, known as Ras, is a group of enzymes that sends signals from the cell membrane to activate other proteins inside the cells. These Ras-activated proteins include a family of proteins known as extracellular signal-related kinases (ERK). Together, Ras and ERK ultimately play roles in cell proliferation, differentiation, metabolism and motility—physiological processes that often go awry in cancer.

Indeed, explains Chuan-Hsiang “Bear” Huang, M.D., Ph.D., assistant professor in the Department of Pathology at the Johns Hopkins University School of Medicine, the Ras-ERK pathway has been extensively investigated as a potential target for anti-cancer drugs since it’s frequently mutated in various cancers. However, Huang says, these therapeutics have been met with challenging issues of efficacy and resistance largely because it remains unclear exactly how the different elements in this pathway work together.

For example, recent single-cell studies have shown that ERK activation happens in pulses. However, these pulses have appeared to occur without changes in Ras activity, even though it’s been well established that Ras is needed to activate ERK.

To better understand this phenomenon, Jr-Ming Yang, a postdoctoral fellow, used several microscopy techniques to see when and where Ras and ERK activity occurred in cells. By tagging each protein with a differently colored fluorescent molecule that glowed when each protein activated, Yang confirmed that ERK activity occurred in pulses, as other studies had shown. However, rather than happening in response to Ras activation occurring cellwide, these ERK pulses were triggered when Ras activated discretely at patches along the cell membrane. A further look showed that Ras became activated at spots where the cell membrane protruded, as if the cell was probing its environment, says Yang.

To make sure that ERK pulses conjoined with Ras protrusions were a universal phenomenon, the researchers used the same techniques to look at different types of cells with a broad range of activity in this pathway. For example, they found that in ovarian cancer cells that displayed high Ras-ERK activity, the large number of ERK pulses was accompanied by an equally large number of Ras-associated protrusions; conversely, in breast and cervical cancer cells that had lower Ras-ERK activity, fewer ERK pulses were accompanied by lower numbers of protrusions, suggesting that these events were indeed linked.

Looking for the mechanism behind this effect, the researchers perturbed various proteins in the cell, including those associated with Ras and others associated with the cytoskeleton, the cellular machinery responsible for the protrusions. Several of these perturbations induced the protrusions—and consequently, ERK activity—giving insight on other key proteins involved in the Ras-ERK pathway.

In addition, Huang and his colleagues found that ERK activation could be triggered both by chemical stimulation with growth factors as well as mechanical stimulation when cells were grown on stiff surfaces. The researchers suggest that cells might be using these protrusions to sense the extracellular environment, triggering the Ras-ERK pathway to activate when conditions are favorable for cells to migrate and proliferate.

Huang notes that each of these findings could offer new avenues to modulate Ras-ERK activity in cancer cells.

“The more we learn about the molecular mechanism of this dynamic pathway,” Huang says, “the greater the chances that we’ll be able to modulate its activity not by directly targeting Ras or ERK, but by targeting other associated molecules as an alternative.”