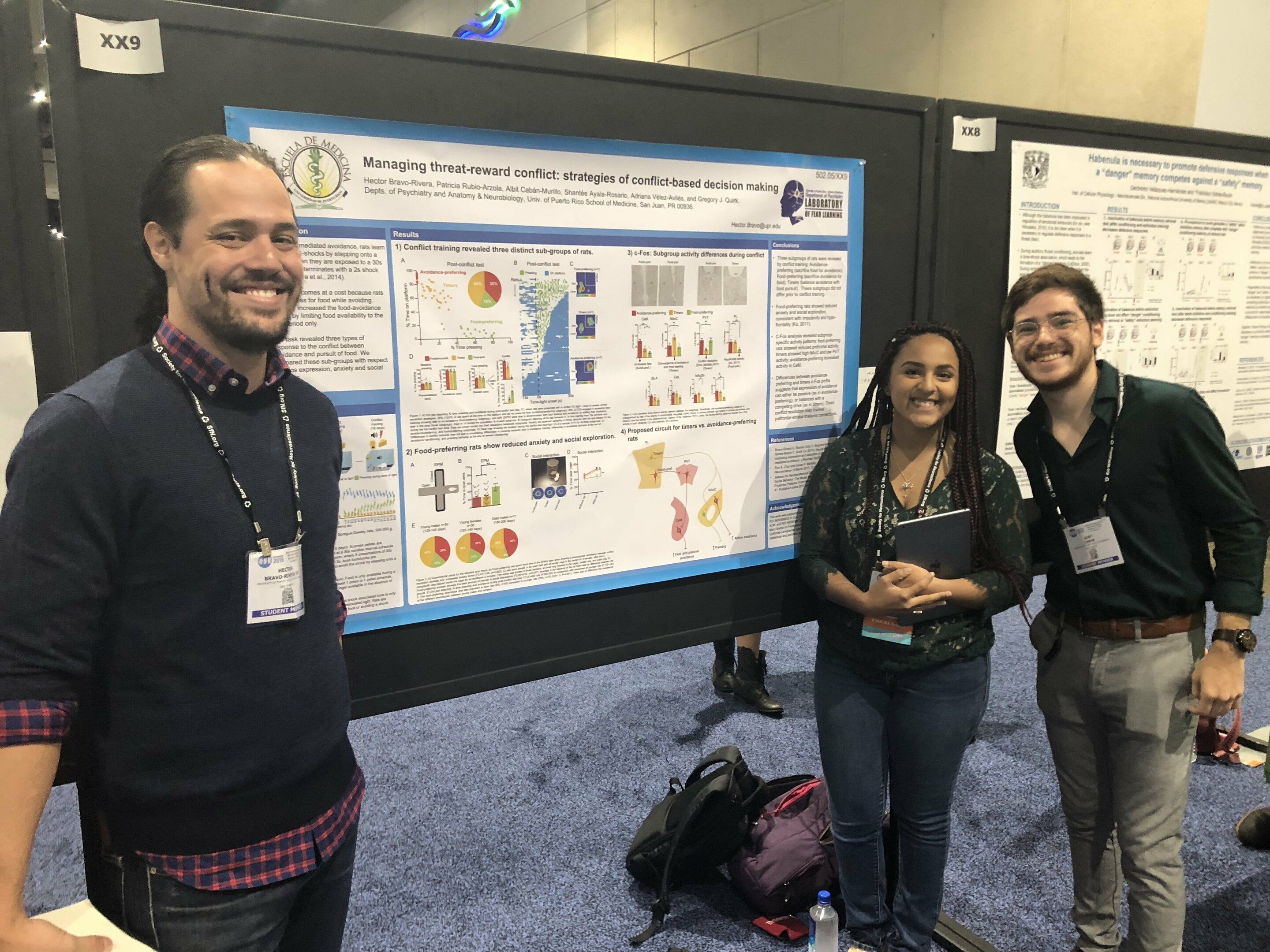 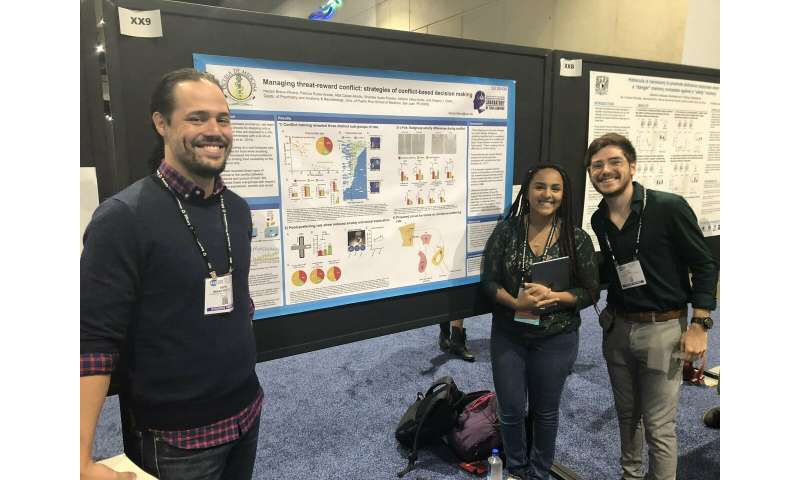 A lineage of young neuroscientists from diverse backgrounds trace their scientific roots to a “fear lab” in Puerto Rico that the National Institutes of Health has been supporting for two decades. A crucible for studies of fear extinction, the lab has so far published 80 papers—some the first ever from Puerto Rico for certain journals—that generate more than 2,000 citations a year. Of 130 young people trained in the lab, 90 percent are from Puerto Rico and Latin America and half are women.

After completing a post-doc fellowship at New York University, New York City, under well-known fear researcher Joseph LeDoux, Ph.D., Quirk launched the lab in 1997 at what is now Ponce Health Science University, Ponce, Puerto Rico. A decade later, it moved to its current location at the University of Puerto Rico Medical School in San Juan, adding some human and non-human primate studies.

Quirk provides tips on his approach to nurturing discovery and mentoring “off the beaten track” in an article published Jan. 30, 2018 in the Journal of Neuroscience. It marks nearly two decades since the lab’s first publication in that journal, which showed that ventral medial prefrontal cortex was necessary for consolidation of extinction (loss of fear) memory in rodents.

Soon thereafter, the group made news when it reported in Nature that they had discovered the brain’s equivalent of an “all clear” signal in the infralimbic cortex, that when mimicked with electrical stimulation, quelled conditioned fear in rats. Since then, the lab has been in the vanguard of translational studies extending insights from extinction learning experiments to mental disorders.

For example, in 2015 they reported in Nature a discovery of possible relevance to post traumatic stress disorder (PTSD)—that an old fear memory is recalled by a separate brain pathway from the one originally used to recall it when it was fresh.

He credits support from NIH’s National Institute of Mental Health (NIMH) as a key to the lab’s success. For example, a FIRST Award from NIMH was renewed four times. The lab was also the first in Puerto Rico to receive a Presidential Early Career Award and a MERIT Award.

“Other grant ‘firsts’ for Puerto Rico were a CONTE Center P50 subaward, a Pathway to Independence Award (K99-R00) for my postdoc, and Dissertation Completion Awards (R36) for my graduate students—all funded by NIMH,” noted Quirk.

Quirk’s report includes comments from former trainees, which he collected during a recent reunion celebrating the lab’s 20th anniversary. For example, “After years of JClubs, you are never again satisfied with mediocre efforts,” a former doctoral student commented about the lab’s mandatory journal clubs.

Weekly lab meetings begun with guided meditation and “appreciations” set a tone that fosters a culture of cooperation, said Quirk. Rotating presentations by trainees ensure that everyone knows what each person is doing/thinking in the lab and can help guide it.

“It was impressive when I found a Quirk Lab member presenting another member’s poster without being part of the study: lab meetings turned every member into defenders of the others’ projects,” observed a former student.

Lab members are encouraged to overcome any inclination to be socially polite and boldly ask questions of each other, Quirk said. The same high standard is expected in written communication. A “Six-Eyes Rule” dictates that manuscripts be critiqued by three outside readers before submission to a journal.

“You are writing for a brain that is not yours,” he noted.

The idea to have what Quirk affectionately calls “Face Time—individual one-on-one meetings—originated with students. “This was a firm deadline to make my data presentable and remind Greg of the importance of my project,” said one current post-doc.

For three days each winter, the lab uses university funds to head the mountains for a Philosophy of Science Retreat. “Rather than discuss data, the idea of the retreats is to examine the philosophical issues that define us as scientists and underlie our approach to scientific questions,” explains Quirk.

“The retreat gave me the security to rely on the other people in the lab,” noted a current undergraduate. Each grad student or post-doc mentors two to four undergraduates.