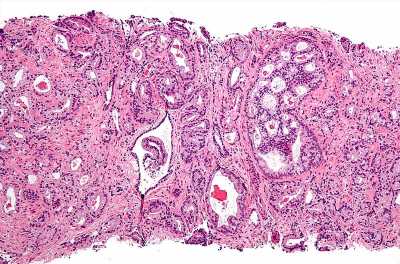 “After performing more than a thousand TPBx procedures under local anesthetic, the team at North York General has shown that it is the safest method of obtaining a biopsy for prostate cancer and patients tolerate the procedure well,” said Dr. Stan Flax, NYGH urologist and one of the study’s lead authors. “The clinical data provides the necessary evidence that the medical community needs in order to move toward a new standard of care for patients.”

In 2016, NYGH’s Gale and Graham Wright Prostate Centre became the first in Canada to use the TPBx approach, which involves obtaining the biopsy using a needle through the skin. Studies have shown that TPBx is a safer alternative for patients, as compared to transrectal biopsies, due to the lower risk of serious infections, which can result in hospitalization and admission to an intensive care unit.

In the very few settings where TPBx is performed, the procedure is done using general or spinal anesthetic, which typically requires more intensive resources. For the past three years, urologists at NYGH have exclusively used TPBx under local anesthetic and have tracked a total of 1,287 procedures as part of this study. The data shows this method of prostate biopsies has the same accuracy rate, if not better as transrectal, compared to the team’s previous series of transrectal biopsies.

Prostate cancer is the most commonly diagnosed cancer among North American men, with approximately one in seven men being diagnosed with this disease in their lifetime. It is also one of the more treatable cancers, if detected and treated in its early stages.