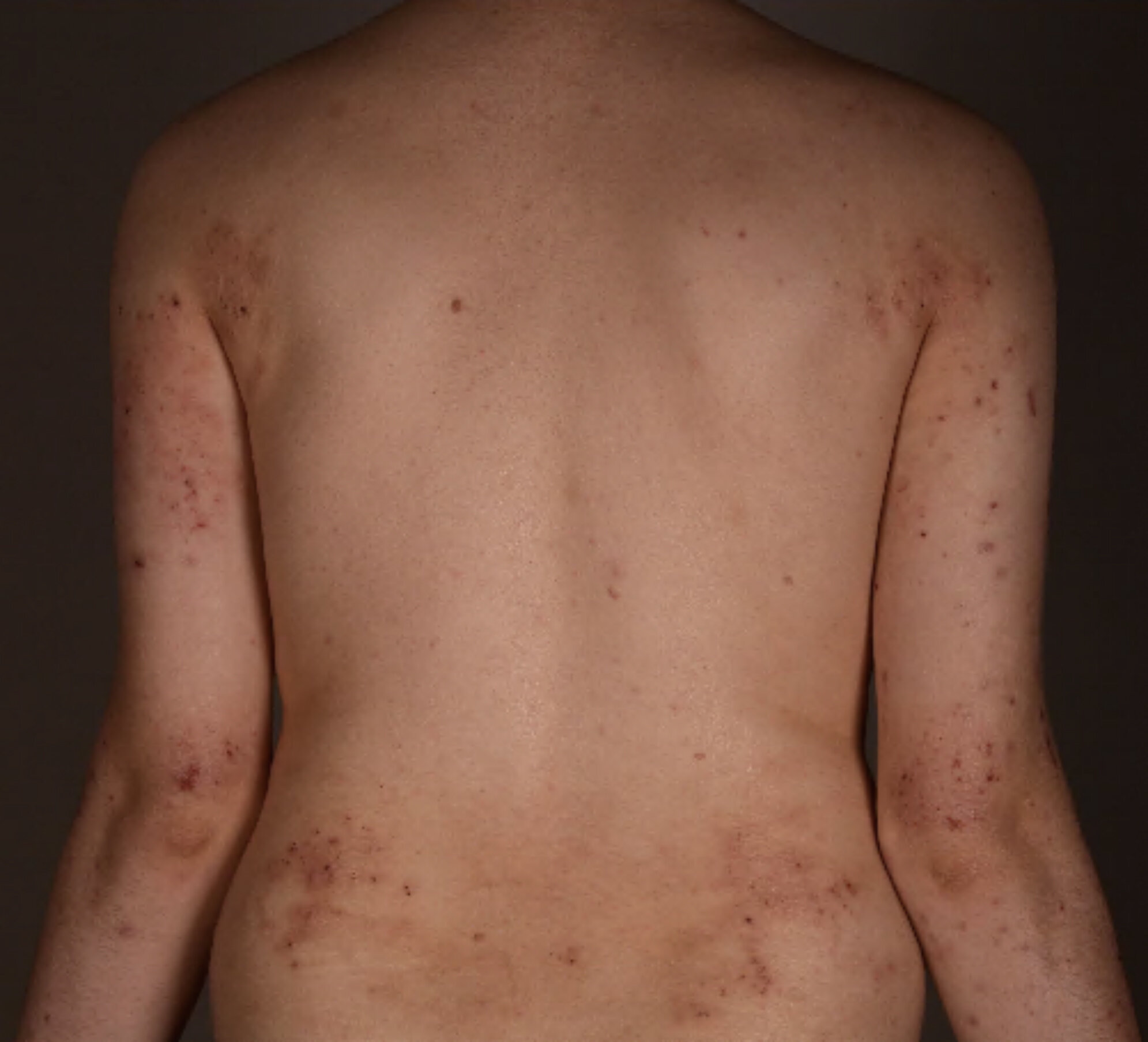 How does the immune system respond to fungi on our skin? Researchers at the University of Zurich have demonstrated that the same immune cells that protect us against skin fungi also encourage the inflammatory symptoms of atopic dermatitis. An antibody therapy could alleviate this chronic inflammatory skin disease.

The skin of humans and animals is densely populated by fungi. It is suspected that a small yeast species called Malassezia, which besides bacteria and viruses is part of the microflora of healthy skin, strengthens the body’s defenses and prepares the immune system for dangerous pathogens, much like certain bacteria do. However, little is known about the physiological processes that keep the ubiquitous fungus in check.

Immunologists at the University of Zurich have now shown that the immune system is responsible for maintaining the balance on our skin. The researchers were able to demonstrate that in mice as well as in humans, Malassezia fungi stimulate the immune system to produce the cytokine interleukin-17. “If this cytokine isn’t released or if the immune cells that produce interleukin-17 are missing, there is nothing to stop the fungus from growing and infesting the skin,” explains Salomé LeibundGut-Landmann, professor of immunology and head of the immunology section at the Vetsuisse Faculty of UZH.

But what happens when the balance between the fungus and the immune system on the surface of our body is lost? There is some evidence that the usually harmless Malassezia fungus plays a role in atopic dermatitis. In this chronic inflammatory skin allergy, which affects up to 20 percent of children and 10 percent of adults, the immune system overreacts to antigens from the environment, for example, house dust mites. This can lead to eczema, which is characterized by dry, inflamed skin lesions, typically appearing on the neck, forearms and legs. It is also one of the most common skin diseases in dogs.

The current study confirms that interleukin-17 production by certain immune cells, which normally provide protection against uncontrolled fungal growth on the skin, also contribute to the development of symptoms characteristic for atopic dermatitis. The fungus becomes an allergen on the skin, so to speak, and triggers an overreaction of the immune system with the respective inflammatory characteristics. This finding is supported by experiments with cells from atopic dermatitis patients carried out in cooperation with the University Hospital Zurich and ETH Zurich.

“The findings of our study suggest that therapeutic antibodies that neutralize the effect of interleukin-17 could be an effective treatment for atopic dermatitis. These antibodies already exist and are being used to treat psoriasis with great success,” says LeibundGut-Landmann.