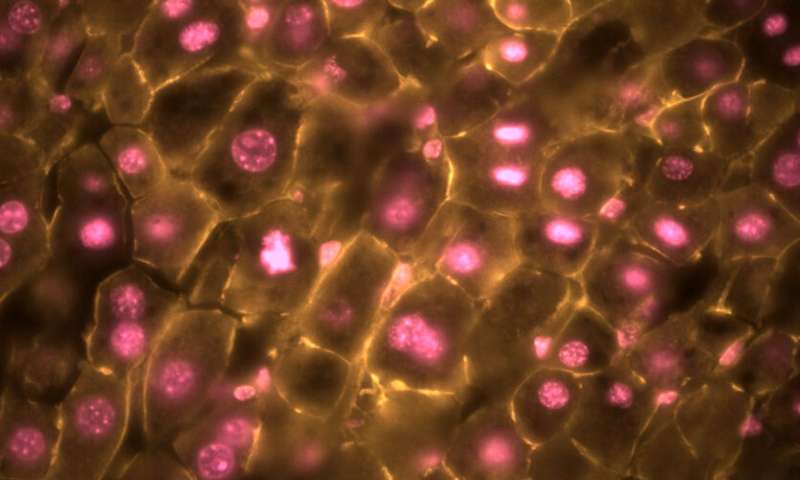 A healthy liver has a significant capacity to regenerate after injury or disease, but little was known about the accompanying detailed changes in cell metabolism. An international research team, that includes scientists from four A*STAR institutes, has led an extensive study to uncover key aspects of the ‘metabolic remodelling’ that occurs as a liver regenerates.

Seven years ago, A*STAR researcher, Philipp Kaldis, and his collaborators discovered that a regenerating mouse liver does not always use cell division to make new cells. An increase in the size of the liver cells could be sufficient. “This surprised everybody,” says Kaldis, of the A*STAR Institute of Molecular and Cell Biology (IMCB).

Kaldis says that ever since this discovery people have been asking him if these larger liver cells are fully functional. He and his colleagues argued that the cells must be functional, since the mice survived, but the need for more convincing evidence led them to embark on a major investigation into the metabolic changes involved.

“This work is a real tour de force,” says Kaldis, discussing the recently published results obtained using mice. He explains that nobody has reported so many studies of this issue using live animals in a single research paper. Many other studies have used cultured cells, raising questions of their relevance to the real living system.

In essence, the detailed investigations have revealed some key metabolic changes that occur in two distinct liver regeneration scenarios. In one scenario, regeneration is accompanied by cell division to make new cells. In the other, growth occurs without cell division. These two sets of circumstances lead to differing, and even contradictory, changes.

In the more normal form of regeneration, accompanied by cell division, there is an increase in the activity of cell bodies called mitochondria. These are often referred to as the powerhouses of the cell as they perform key metabolic events that generate chemical energy supplies to sustain cell activity. This increase in mitochondrial activity is accompanied by rising levels of a key small molecule known as NADH.

When the ability of liver cells to divide is impaired, however, leading to regeneration by increasing cell size, the activity of mitochondria declines, along with the levels of NADH. In this situation there is an increase in the activity of an enzyme called alanine transaminase. This in turn leads to increased production of now identified chemicals, including alanine and alpha-ketoglutarate, supporting recovery of the liver.

“Our next logical step is to see if the same changes can be detected in human patients with liver disease,” says Kaldis. He explains that this will be a major project, however, as he expects to see a lot of variation from patient to patient.

Assuming the results are replicated in humans, detecting the newly identified metabolic changes could serve as signals, or biomarkers, indicating that liver damage has occurred. These biomarkers could be used to help diagnose and monitor the progress of liver disease and damage in patients.

This challenging work required collaboration among researchers at 14 research institutions in Singapore, UK, Switzerland and China. These include A*STAR’s Singapore Bioimaging Consortium, Institute of Bioengineering and Nanotechnology, and Singapore Institute for Clinical Sciences, in addition to the IMCB.

Kaldis and his colleagues hope that what they are discovering will help researchers learn much more about how liver diseases develop in humans and how they can be prevented or reversed.