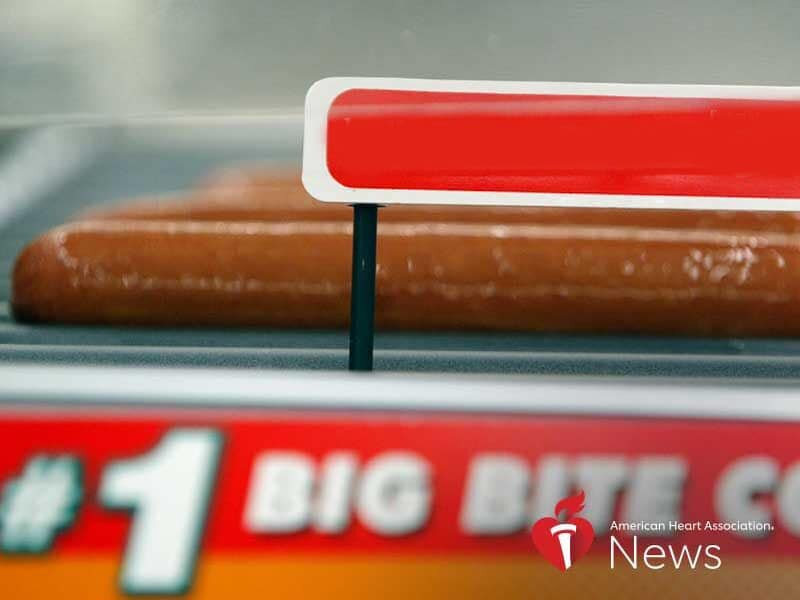 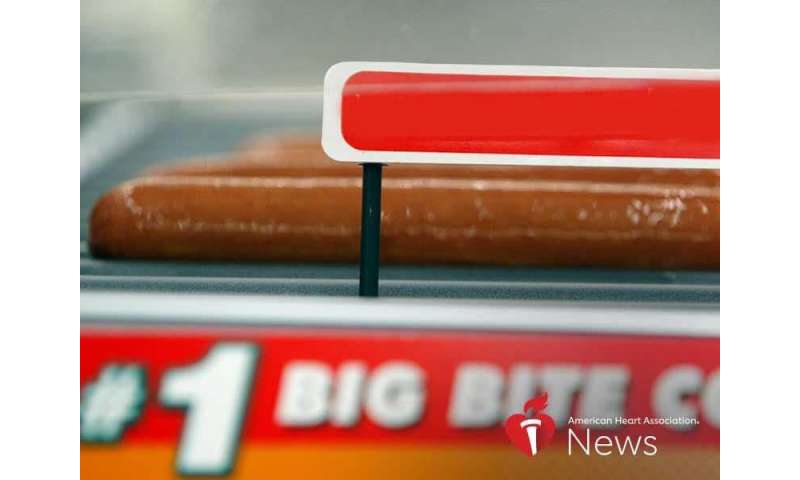 Convenience stores may be handy, but they may not be healthy for your arteries.

A new study, published Monday in the Journal of the American Heart Association, researched how neighborhood food environments are associated with atherosclerosis, the buildup of artery-clogging plaque that can lead to heart attacks and strokes.

Previous studies have shown a link between poor neighborhoods and poor cardiovascular health. In this Northwestern University-led study, researchers looked at the location of convenience stores and fast food restaurants and their relationship with coronary artery calcium, or CAC, test results.

The test uses a CT scan to check arteries for calcified plaque—a mix of fats, cholesterol, calcium and other substances. New cholesterol guidelines from the American Heart Association and American College of Cardiology suggest it can help to have a CAC test when heart disease risk status for people 40 to 75 years old is uncertain to determine who will benefit from statins.

Researchers looked at a decade of data from the Coronary Artery Risk Development in Young Adults study and compared changes in CAC results over that time to changes in the percentage of convenience stores and fast food restaurants within about 2 miles of the participant’s house.

“This supports the notion that place matters,” said Kiarri Kershaw, the study’s senior author. “An increase in convenience stores may make unhealthy eating options more readily accessible. It may also be a marker for a larger set of changes occurring in a neighborhood that could influence health, like a decline in wealth or economic investment.”

“They have a wider array of unhealthy food and consumption options, including cigarettes and alcohol. We think that may be part of the reason why our findings were related more closely to convenience stores than fast food outlets,” said Kershaw, a social epidemiologist and a professor at Northwestern University’s Feinberg School of Medicine in Chicago.

Dr. Scott Grundy, professor of internal medicine at UT Southwestern Medical Center in Dallas, said the results “add credence to the general view of the medical community that the American diet promotes atherosclerosis.”

Grundy, who was not involved in the study, said people should refrain from eating regularly at convenience stores, but if they do wind up shopping for food there, they should bypass the snack food aisle and search instead for canned fruits and vegetables.

“Fresh foods might be nice, but it doesn’t have to be fresh to be healthy,” he said.

While the study focused on neighborhood environments, Grundy said education—not geography—is the key to avoiding atherosclerosis.

“People’s knowledge of what constitutes healthy food may be more of a problem than their social location,” Grundy said. “Nobody’s being forced to eat unhealthy food at convenience stories. There are always places where you can get healthier foods.”

Why do some people seek out healthy foods and others don’t? There have been mixed findings in recent years on the impact of “food deserts”—places where people don’t have easy access to supermarkets or healthy food options.

According to the U.S. Department of Agriculture, about 39.4 million Americans live in “low-access communities,” where at least a third of the population is more than a mile away from a grocery store in urban areas, or more than 10 miles away in rural areas.

But a 2015 study said introducing a government-subsidized supermarket into an underserved neighborhood in New York City had no significant influence on household food availability or children’s dietary intake. A 2017 study by researchers from New York University, Stanford University and the University of Chicago found that food-buying and eating habits might be less about geography and more about differences in income, education and nutritional knowledge.

Kershaw said more research is essential to see how people’s choices are shaped by access to convenience stores, supermarkets and food environments in general.