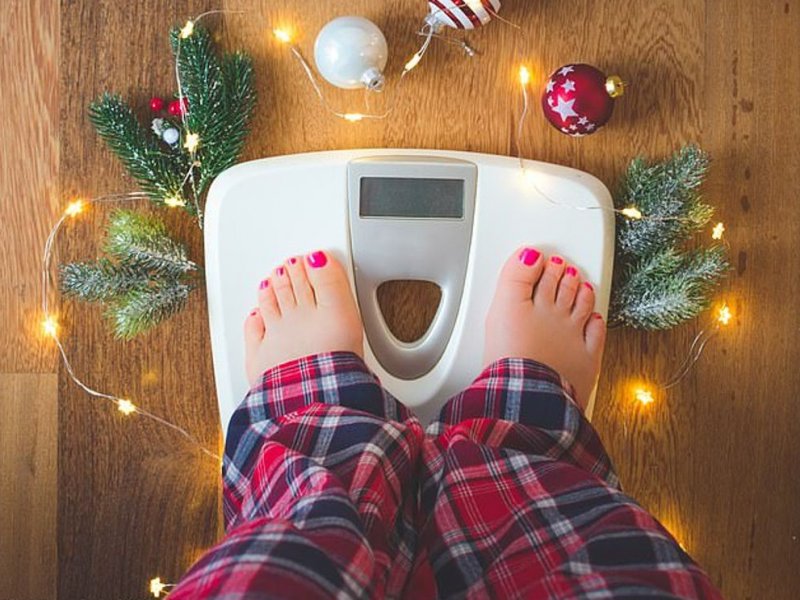 Scientists have named a great way to protect your figure from a set of extra pounds in the new year holidays. To do this, just need to be regularly weighed.

The holidays offer us the most pleasant emotions, meetings with family and loved ones, as well as numerous feast that is usually accompanied by lots of fatty and farinaceous food.Practice shows that after the holidays people gain weight and then try to lose weight quickly through exercise and diet. But sometimes to do it becomes problematic, so it is better to avoid weight gain initially. Experts from the universities of Birmingham and Loughborough watched 272 volunteers during the Christmas-new year festive season last year and the year before.

It turned out that a simple and effective way to prevent Christmas weight gain is weighing carried out in a regular mode. 78% of participants in the observation were women, their average age was 44 years, the researchers split the participants into two groups. Half were given the basic tips for combating overeating, wherein they were also asked to weigh in twice a week. The second half got the same advice, but volunteers had not stepped on the scale. The results of the study showed that in the second group, where participants were weighed, the average weight gain was 370 g. In the first group of people, on the contrary, managed to lose, on average, 130 g.

This is another confirmation of how effective is the weighting to control its own weight. However, a daily weigh-in is not necessary, as even small fluctuations in weight can cause stress and cause nervous disorders. Better if you get on the scale once or twice a week. (READ MORE)