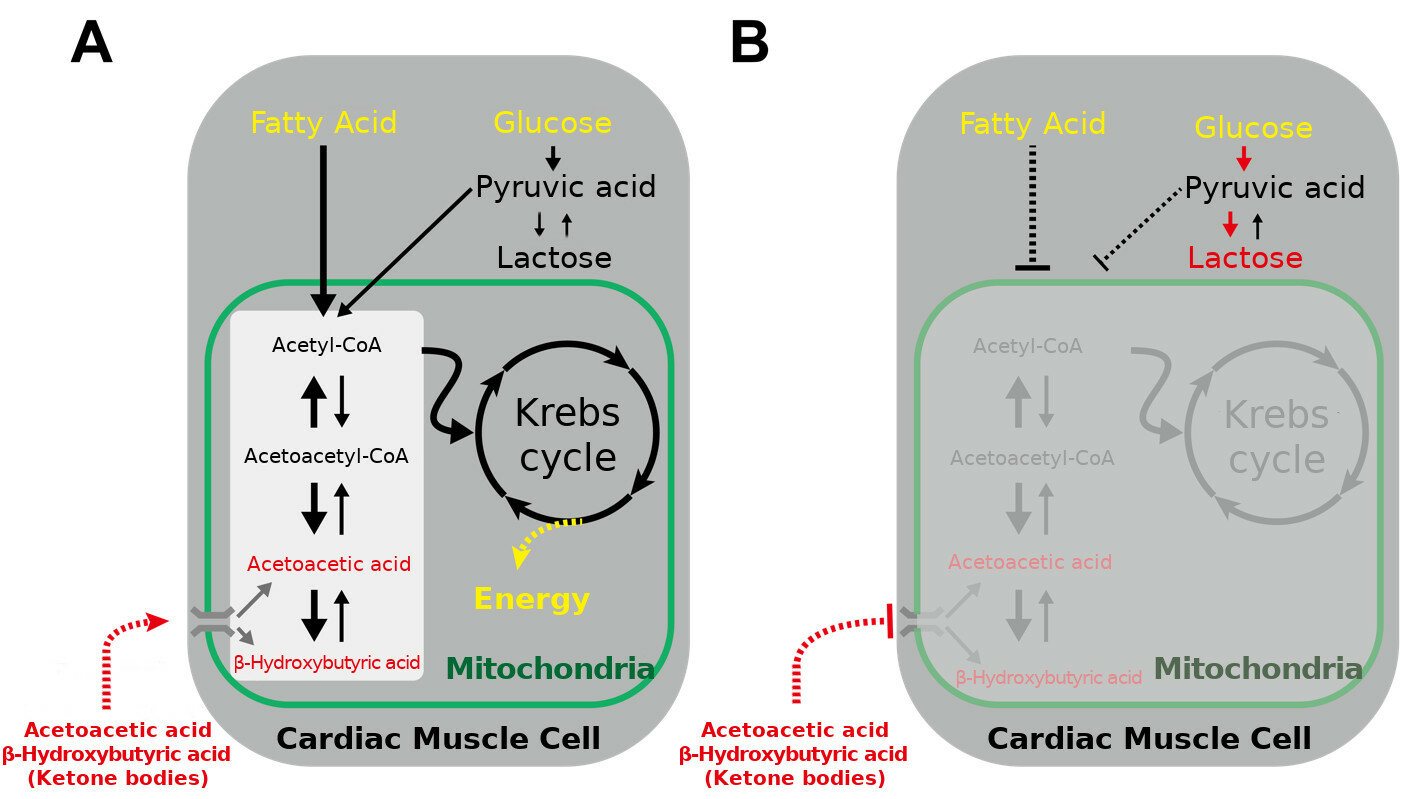 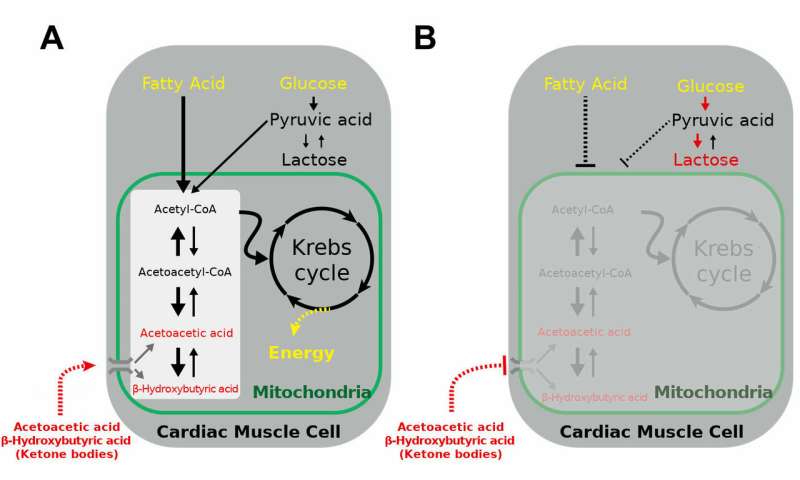 Ketone bodies (acetoacetic acid, beta-hydroxybutyric acid) are metabolites that can be used as energy sources like glucose and fatty acids. They can be converted into acetyl-CoA, which produces energy via the Krebs cycle in mitochondria, and are typically used as an alternative energy source during starvation, fasting, or periods of high-intensity exercise. However, their utilization rate in the heart and effect on disease conditions was poorly understood.

In a new study by researchers from Kumamoto University, Japan, blood samples were collected from cardiac catheterization patients at the entrance (aortic root) and exit (coronary sinus) of the vascular network that supplies blood to the heart (coronary circulation). The samples were then analyzed to determine the amount of ketone bodies in the heart

Researchers found that about 35 percent of the ketone bodies were consumed during coronary circulation under normal conditions. They also discovered that the utilization of ketone bodies decreases substantially when coronary circulation is reduced (myocardial ischemia). In myocardial ischemia, anaerobic metabolism is accelerated, lactic acid production is increased, and mitochondrial function requiring oxygen is impaired. When the mitochondrial function is impaired, ketone bodies cannot be used. This dynamic change occurs in just a few minutes, and the research shows that the heart is constantly moving and rapidly switching energy sources.