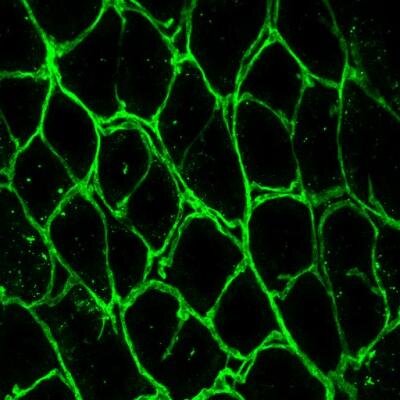 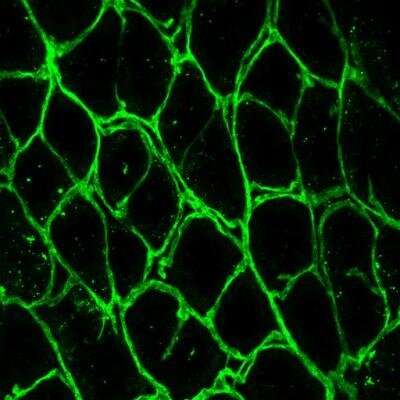 IBD refers to a group of chronic inflammatory disorders that fall into two categories: Crohn’s disease and ulcerative colitis. Complications associated with these diseases affect the gut (intestinal obstruction, nutrient deficiency, etc.) and other organs (disorders of the skin, joints, eyes, liver and gallbladder, etc.). The appearance of symptoms is unpredictable, and the disease is characterized by periods of remission and relapse. In many patients, symptoms are severe enough to require hospitalization and surgical intervention. Unfortunately, there is currently no universally effective cure for IBD.

During colitis, the intestinal blood vessels duplicate through mechanisms that are poorly understood. In the new study, Dr. Arroyo’s team used microscopy techniques and 3-D image analysis to characterize these duplication events in a mouse model of colitis. These tools enabled the scientists to demonstrate that MT1-MMP expressed on endothelial cells lining the blood vessels impedes their duplication in the inflamed gut, reducing the severity of colitis.

The researchers also investigated the mechanisms underlying vascular duplication during IBD. The first stage in vessel duplication is dilation. One of the most potent vasodilator molecules is nitric oxide, and the authors found that the catalytic activity of MT1-MMP is necessary for nitric oxide production.

To investigate the effect of MT1-MMP on vessel duplication in vivo, the scientists examined the blood vessels supplying the cremaster muscle (covering the testicles and spermatic cord). These vessels are accessible to analysis by intravital microscopy. Using this technique, CNIC researcher Cristina Rius found that the cremaster vessels of mice lacking MT1-MMP did not fully dilate in response to treatment with vasodilators. Similar results were found in blood vessels supplying the intestine.

The authors also found that MT1-MMP ‘cuts’ the protein thrombospondin-1 (TSP1), generating a TSP1 fragment that binds to the cell adhesion receptor integrin αvβ3. The resulting integrin activation triggers the production of nitric oxide, leading to vasodilation and vessel duplication.

This finding has potential clinical implications. “The study shows that patients with mild IBD have higher than normal circulating levels of TSP1, which could be a useful biomarker of the disease,” said Arroyo.

In addition, first author Sergio Esteban described how the team had managed to “reduce vessel duplication in mice with colitis by administering either an antibody that inhibits MT1-MMP protease action or a TSP1 peptide that blocks TSP1-αvβ3 binding. This result establishes the MT1-MMP-TSP1-αvβ3 integrin pathway as a new therapeutic target, particularly for less severe forms of IBD.”

Finally, the team worked with Fernando Martínez of the CNIC Bioinformatics Unit on a computer model to predict MT1-MMP cleavage sites in TSP1. This model will be used to screen for molecules able to block TSP1 cleavage.