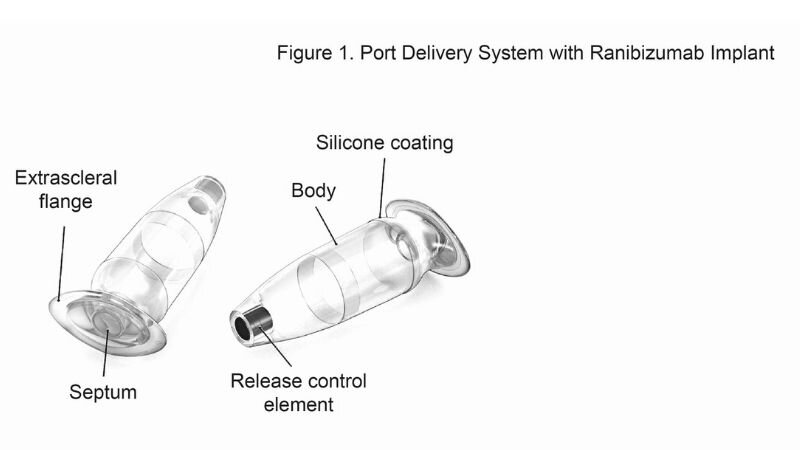 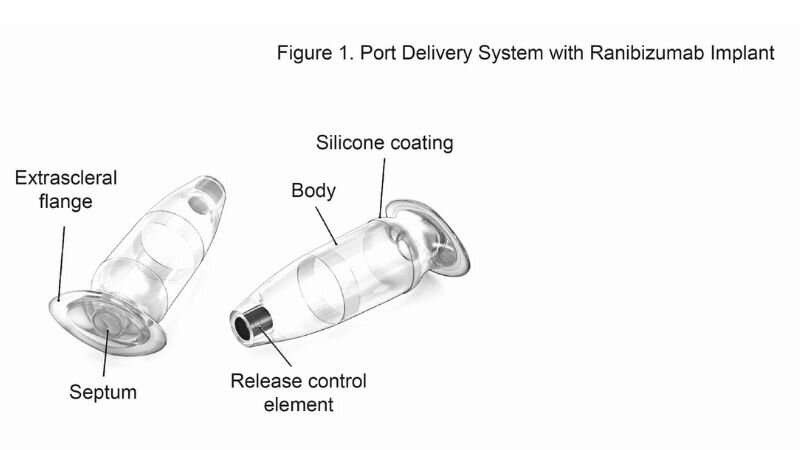 In a clinical trial of 220 people with “wet” age-related macular degeneration, Johns Hopkins Medicine researchers, collaborators from many sites across the country, and Genentech in South San Francisco have added to evidence that using a new implant technology that continuously delivers medication into the eyes is safe and effective in helping maintain vision and reduces the need for injections in the eyes.

The investigators note that research is needed on larger groups of patients before the implant can be approved for commercial availability and use.

“Current treatment programs require frequent visits to the doctor, commonly every four to six weeks, for injections of medication. Missed appointments, which are common, can lead to an irreversible decline in vision, ” says Peter Campochiaro, M.D., the George S. and Dolores D. Eccles Professor in Ophthalmology at the Wilmer Eye Institute at Johns Hopkins. “This study shows that the implant is safe and effective, and may only require a clinic visit and refill every six months.”

The research findings were published online April 1 in the journal Ophthalmology.

According to the National Eye Institute, some 8 million adults over age 50 in the United States have age-related macular degeneration (AMD), a progressive condition marked by the loss of central vision and permanent damage to cells in the light-sensitive retina. The advanced, or so-called wet, form of AMD is a major cause of blindness in 1.75 million elderly Americans. In these people, a buildup of debris in the retina triggers the overproduction of a growth factor called vascular endothelial growth factor (VEGF), which stimulates overgrowth of blood vessels that leak, causing swelling and—if untreated—scarring of the retina. Like pouring water on electrical wires, the process interferes with the neural network that enables sight, causing vision to blur.

Although no therapies are available to cure the condition, several drugs suppress VEGF and slow the disease progression when injected directly into the eye. The treatments, Campochiaro notes, help preserve central vision but only temporarily, partly because the drugs’ effect is not long lasting. Even monthly injections may show relatively rapid swings in the level of retina swelling due to stopping and then restarting of leakage from blood vessels.

In an effort to keep drug levels more steady, investigators have been testing the value of a port delivery system, a reservoir that is implanted in patients’ eyes through a small incision and slowly releases medication over time.

Each patient had the implant in one eye and was tracked with measurements of vision, fluid in the retina, safety and side effects each month for nine to 38 months after implantation.

During each visit, ophthalmologists assessed the severity of retinal swelling, the patient’s eyesight and development of new macular bleeding to assess the need for reservoir refills.

On average, patients who were implanted with the reservoir filled with 100 milligrams per millimeter of medication did not require a refill until 15 months after implantation, and about 80% of patients with this dosage went beyond six months before needing a refill.

In comparison, patients with the reservoir of 10 milligrams per millimeter of medication and 40 milligrams per millimeter of medication could see 3.2 and 0.5 fewer eye chart letters respectively compared to baseline, and the average times to first implant refill were 8.7 months and 13 months respectively. Patients treated with traditional monthly injection could see an average of 3.9 more letters than during their initial appointment during the study.

Besides improving eyesight, the technology was safe for patients. Eleven of the first 22 patients experienced some bleeding into the eye after implantation, leading to a change in the implant procedure, after which only seven of 157 experienced bleeding.

Studies are planned with a larger group of patients receiving implants with a reservoir holding the 100 milligram per milliliter dosage. Campochiaro says the cost of the implant is not yet known, but over time, it is likely to be less than that of monthly injections, which currently is about $2,000 per injection.