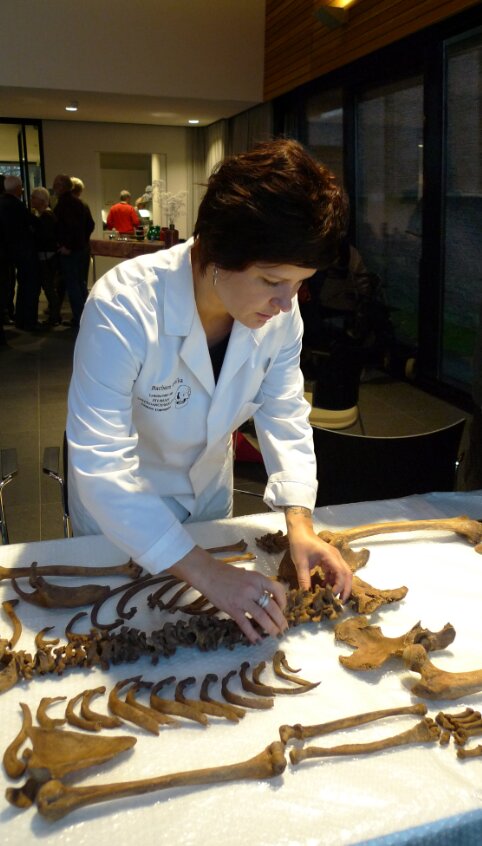 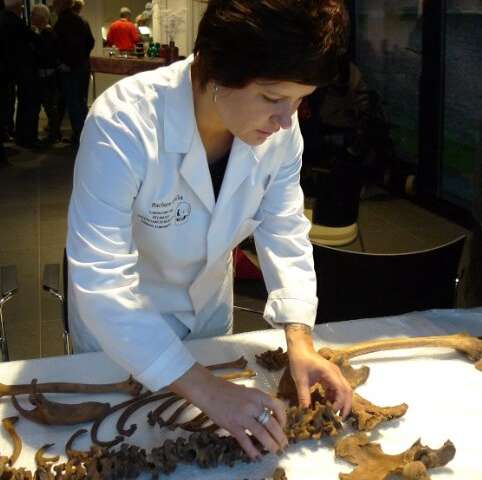 A vitamin D deficiency is often associated with smoggy English industrial cities during the Industrial Revolution, but research carried out on skeletons now suggests that the ‘English disease’ was also prevalent in rural areas of the Netherlands. Doctoral defence on 29 January.

It’s become an annual summer tradition to hear warnings about the dangers of getting too much sun, but too little sunlight can also cause health problems. Not so long ago, a lot of people were affected by rickets (what the Dutch refer to as ‘the English disease’), a condition that causes bowed legs, spinal deformities and oral problems when the body cannot make enough vitamin D from sunlight.

Doctoral candidate Barbara Veselka’s research on skeletons has now shown that this condition is not as English as its nickname suggests. Dutch people living from the 16th all the way up to the 20th centuries were at constant risk of rachitis, the traditional medical name for rickets. Veselka found symptoms of the condition in skeletons from a variety of regions, from the Beemster to Rotterdam, and from Hattem to Bloemendaal. When she compared those results with English skeletons, she found hardly any difference between the percentage of cases in the Dutch skeletons and that among the English population.

This remarkable conclusion contradicts the common idea of it being an English disease, Veselka says. ‘Rachitis is seen as typical of large, industrialised cities. As factory work increased, people no longer worked on the land, which in turn made them more susceptible to vitamin D deficiency. Air pollution in cities is cited as a contributing factor, as it blocked the sun’s rays. Great Britain was the first place to industrialise, giving rise to the idea of the “English disease”.’

Now it turns out that rickets also has a history in rural Dutch municipalities such as the Beemster. But if the level of industrialisation isn’t the deciding factor in the prevalence of the condition, what is? In her dissertation, Veselka blames sociocultural norms in a certain region. ‘Until recently, a lot of people wore clothes that covered almost the entire body. Women wore long dresses, men generally wore a hat or cap on their heads, and even the children were often clothed from head to toe like mini adults.’

People often also made a conscious choice not to expose their skin to as much sun. A white skin was long considered sophisticated, since tanned skin was associated with physical labour on the land. And then there were culturally-determined gender roles: women worked mainly indoors, which meant they caught less sun – with disastrous consequences, as it turns out. In the Beemster, for example, many more women than men were affected by a vitamin D deficiency.

For her Ph.D. dissertation, Veselka studied 632 skeletons from six different Dutch burial sites. She first examined them with the naked eye, as things like bowed legs are clearly visible without the aid of a microscope. She also studied the dentine from some of the skeletons’ molars and canine teeth. Under a microscope, a piece of dentine looks a bit like the trunk of a tree after it’s been cut down: you can tell from the ‘rings’ how old someone was when they had a vitamin D deficiency, and how often it recurred. According to Veselka, ‘One person had clearly had as many as seven periods of vitamin D deficiency, probably every winter. That man didn’t have the best luck.’