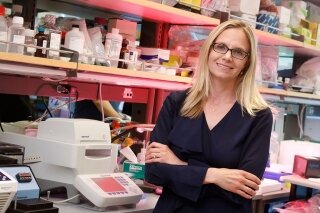 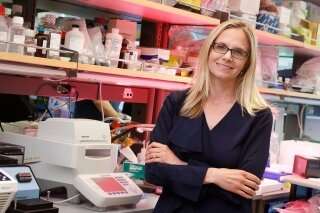 Women with early-stage breast cancer that has a specific pattern of gene expression are more likely than others to benefit from treatment with a class of common but potentially harmful chemotherapy drugs called anthracyclines, according to researchers at the Stanford University School of Medicine.

Identifying these women is important because anthracyclines, although beneficial in many cases, can cause heart damage and increase the risk of secondary cancers. This means that physicians must weigh the potential side effects of the drugs against the chance that their patient’s cancer will respond positively to the treatment.

“If we knew that a woman was at a high risk of recurrence, and that her tumor was likely to be responsive to anthracyclines, thereby lowering that risk, this may tip the balance towards a treatment that includes anthracyclines, despite the potential side effects,” said Christina Curtis, Ph.D., an assistant professor of medicine and of genetics at Stanford. “In contrast, we would avoid these drugs if we knew a patient was unlikely to benefit from their use. This study suggests we might be able to use gene expression data to categorize newly diagnosed patients and better guide treatment decisions.”

Breast cancers are often classified according to the levels and expression of specific molecules in the tumor, including the estrogen receptor and HER-2 proteins. These classifications are used in combination with other clinical markers to drive treatment decisions. About 30% of women with early-stage breast cancers currently receive anthracyclines—one of the most common is a drug called doxorubicin—although the proportions vary according to the molecular subtype of breast cancer the woman has.

The study, conducted in human breast cancer cell lines and in a retrospective cohort of more than 1,000 women with early-stage breast cancer, indicated that the levels of expression of about 50 chromatin regulatory genes dictate whether a cancer will respond positively to anthracyclines.

“It was quite encouraging that the findings were generalizable across all major subgroups of early-stage breast cancer patients,” Curtis said.

The research was published online Nov. 7 in Nature Medicine. Curtis, who co-directs the molecular tumor board at the Stanford Cancer Institute, shares senior authorship with Gerald Crabtree, MD, professor of pathology and of developmental biology and a Howard Hughes Medical Institute investigator. Instructor of medicine Jose Seoane, Ph.D., and postdoctoral scholar Jacob Kirkland, Ph.D., are the lead authors.

The genes identified by the researchers are instrumental in controlling whether, when and how DNA in the cell nucleus is made accessible to proteins called polymerases—one of the first steps in a series of events necessary for churning out proteins, based on the DNA blueprint, to do the work of the cell. Once accessible, the DNA helix is unwound by a protein called topoisomerase-2. Anthracyclines block the division of cancer cells by inhibiting the function of topoisomerase-2 and stopping the production of proteins necessary for cell growth.

“These master accessibility genes, known as chromatin regulators, can change the expression of a whole cadre of other genes, and work from the Crabtree lab indicated that they can interact with topoisomerase-2,” Curtis said. “So we suspected that they might play a role in the effectiveness of anthracyclines.”

They then conducted a similar analysis in a cohort of 1,006 women previously diagnosed with early-stage breast cancer whose gene-expression levels, treatment histories and subsequent disease outcomes were known. They found 54 chromatin regulatory genes with expression levels that correlated with the effectiveness of anthracycline treatment; twelve of these 54 were the same as those identified in the study of the breast cancer cell lines.

In particular, those genes known to increase DNA accessibility tended to also be associated with an increase in sensitivity to anthracyclines, whereas those associated with more tightly wound, inaccessible DNA were more likely to correlate with a decrease in sensitivity to anthracyclines, regardless of the subtype of cancer or whether the cancer had invaded nearby lymph nodes.

“The finding that the expression levels of a handful of genes dictated the responses to anthracyclines in such a generalizable way is very exciting and reflects the underlying mechanism,” Curtis said. In particular, she pointed out that the study’s findings might be applicable to cancers in tissues other than the breast that are also often treated with anthracyclines.

“Even though significant effort is being devoted to the development of new targeted therapies that home in on specific cancer-associated mutations or proteins, chemotherapy remains the mainstay of cancer treatment,” Curtis said. “Indeed, we often use traditional chemotherapy drugs in combination with targeted therapies. We want to ensure that the entire treatment regimen is as effective as possible. While further validation of this approach is needed before we can bring it into the clinic, these findings provide a rationale for patient stratification that may one day help to minimize treatment toxicities and improve outcomes for patients.”

The work is an example of Stanford Medicine’s focus on precision health, the goal of which is to anticipate and prevent disease in the healthy and precisely diagnose and treat disease in the ill.