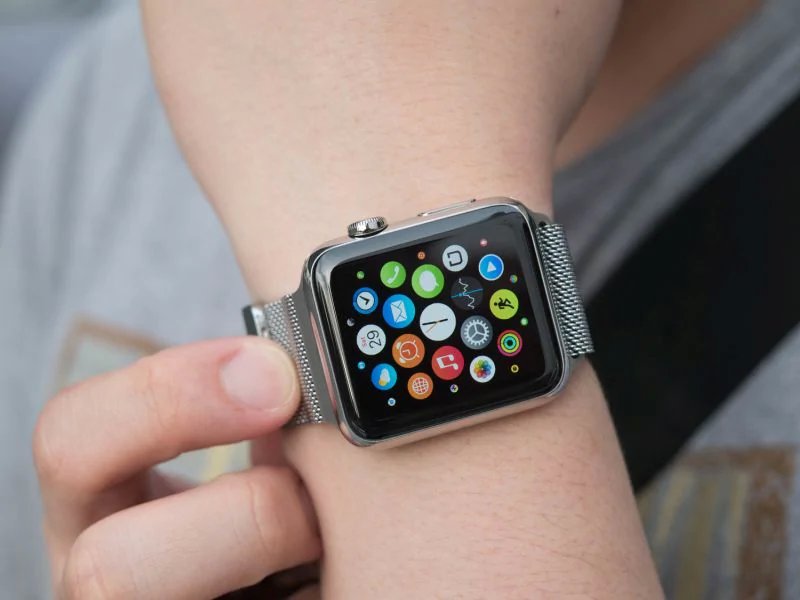 (HealthDay)—That shiny new Apple Watch you got this holiday could potentially alert you to heart trouble you didn’t know you had.

The watch contains a simple electrocardiogram (ECG) that tracks your heart rhythm and can detect the presence of atrial fibrillation (“A-fib”), an irregular heartbeat that increases your risk for stroke and heart failure.

More than 400,000 Apple Watch wearers have enrolled in a Stanford University-led study to determine how accurately the wearable technology detects the condition.

“It’s a unique study that is driven by consumers,” said Dr. Matthew Martinez, chair of the American College of Cardiology’s Sports and Exercise Cardiology Council. “I think it’s going to give us a lot of great information.”

At least one person says the Apple Watch already has alerted him to the potentially dangerous irregular heartbeat.

Ed Dentel, a 46-year-old man from Richmond, Va., updated the software on his Apple Watch earlier this month and was shocked when its ECG app immediately pinged him, he told ABC News.

“The application on the launch sounded off right away with atrial fibrillation—not something I’ve ever heard of, but since I’m in pretty decent health and never had a problem before, I didn’t give it much thought,” Dentel said. “I figured something was glitchy, so I set everything down and turned in for the night.”

The watch pinged again when Dentel put it on over breakfast the next morning. He drove to a nearby urgent care center, where doctors confirmed the watch’s report.

“I was dealing with a case of atrial fibrillation that I never knew I had and probably wouldn’t have known anytime soon,” Dentel said.

A-fib occurs when abnormal electrical impulses causes the top chambers of the heart, the atria, to quiver and spasm.

Apple says its watch contains optical sensors and built-in electrodes that measure your blood flow and the electrical signals from your heart. The U.S. Food and Drug Administration in September announced that it had cleared two medical apps created by Apple to work on the watch.

Further, anyone who gets a troubling reading from the watch needs to see their doctor for further assessment, he added.

“We are going to have to confirm it,” Rumsfeld said. “This is not a medical device. This is a consumer health device. It could give you a signal, but that won’t mean you have a problem. You will have to get it checked out.”

However, both Martinez and Rumsfeld believe that the Apple Watch is a harbinger of things to come, in terms of wearable technology that helps track your health. The watch costs anywhere from $400 to $500.

“If you have Apple go into the digital health marketplace, that’s a huge splash,” Rumsfeld said. “I think this is a major moment in consumer digital health history. We’ll look back and say this was just the beginning.”

Patients already are bringing in readings from their Apple Watch for interpretation by a doctor, said Martinez, associate chief of cardiology for the Lehigh Valley Heart Institute in Allentown, Pa.

“I see a lot of athletes in their middle ages who are bringing in the data and saying what does this beat mean, the alarm sounded, what does this mean,” Martinez said. “How we handle that volume of phone calls is overwhelming sometimes.”

Those queries highlight one of the potential downsides of wearing a portable ECG, Martinez said.

“The flip side of this is I think there’s going to be some anxiety that comes with this,” Martinez said. “The constant feedback you will get can provide some anxiety to folks.”

On the other hand, such devices could provide valuable information to doctors, Rumsfeld said.

For example, the watch could be used to track how often a person is being affected by a-fib.

“That could be very helpful for us, because we don’t otherwise have a sense how often they’re going in and out of rhythm,” Rumsfeld said. “This could be a tool for the management of patients with atrial fibrillation.”

Martinez will soon be able to tell you himself what it’s like to get these readings—Santa brought him an Apple Watch of his own for Christmas.