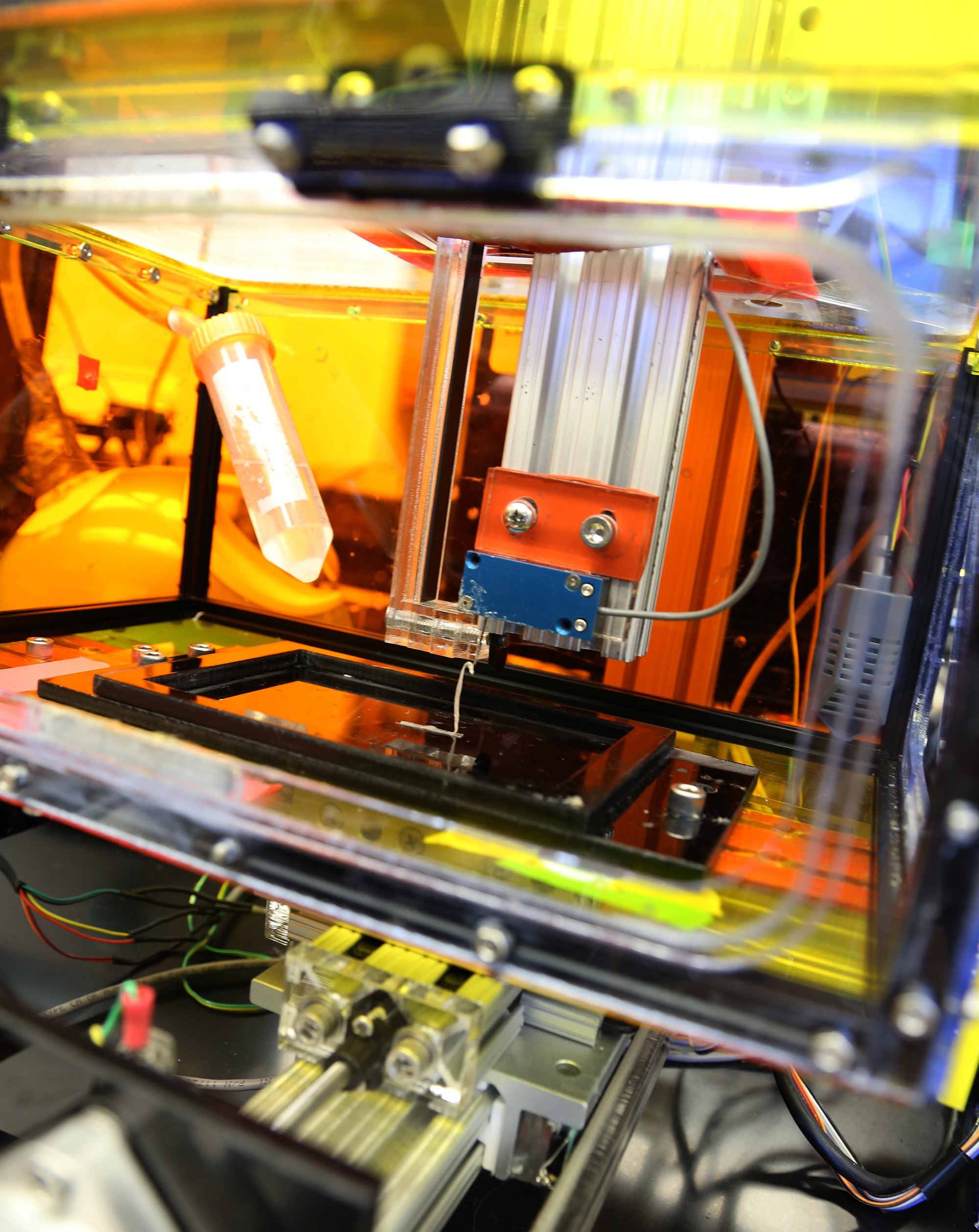 For healthy people, mucus is our friend. It traps potential pathogens so our airways can dispatch nasty bugs before they cause harm to our lungs. But for people with conditions such as cystic fibrosis (CF) and chronic obstructive pulmonary disorder (COPD), mucus can get too thick and sticky; coughing alone can’t clear it. Infections develop, leading to severe chronic disease and early death. Now, for the first time, scientists at the UNC School of Medicine and Duke University demonstrated why coughing often cannot tear mucus apart and away from the airway lining. And they showed how to make mucus thinner and less sticky so coughing can become a therapeutic aid.

The discovery, published in the Proceedings of the National Academy of Sciences, helps explain how CF harms lungs over time and underscores the importance of therapies that alter mucus enough to give immediate relief to people with CF. Combining a host of scientific disciplines from cell biology to materials science, the researchers established the most realistic experimental system to date for testing the mechanical properties of mucus in airway diseases, including COPD and asthma, that affect millions of people in the United States.

“The tools developed in this study will help us test strategies to improve mucus clearance in several important diseases where clearance fails,” said lead author Brian Button, Ph.D., associate professor of biochemistry and biophysics and member of the UNC Cystic Fibrosis Research and Treatment Center at UNC-Chapel Hill.

Senior author Michael Rubinstein, professor in the Department of Mechanical Engineering and Materials Science at Duke University, said, “We measured the adhesive forces that bind mucus to the airway lining and the cohesive forces that hold mucus together, and identified several agents that show promise in reducing the strength of mucus’s adhesive and cohesive interactions.”

In healthy people, mucus is 98 percent water. It lines airways to trap particles, including bacteria and other microbes, before they reach the lungs. Less than 1 percent of ordinary mucus consists of long, sticky, chain-like proteins called mucins, which give mucus its gel-like properties. CF, chronic bronchitis, and other “muco-obstructive” diseases feature mucus dramatically more viscous and elastic than normal, almost gelatin-like because it is loaded with mucins. In CF mucus, for example, the amount of mucins jumps to 10 percent and the amount of water decreases to 79 percent. While CF mucus is still mostly water, even small changes in mucin content can have dramatic effects on mucus viscoelasticity.

Typically, the cough reflex produces high-velocity airflows that tear mucus apart and tear it from the airway lining and at the same time. But scientists have never fully understood why coughing fails to clear mucus in muco-obstructive diseases such as CF. Guided by the theoretical work of Rubinstein, a longtime researcher at UNC-Chapel Hill before joining Duke in 2018, the researchers at UNC developed a sophisticated system for testing the mechanical forces required to dislodge and fracture normal and CF-type mucus. 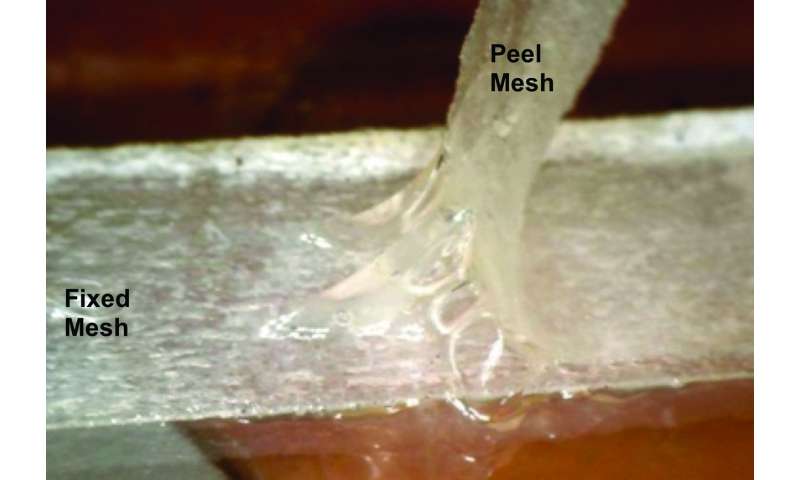 The scientists first took airway-lining cells from the lungs of transplant patients and cultured them in laboratory dishes. These cells produced their own mucus layer. Button said, “They look like miniature versions of a real airway lining.”

Because mucus is a very “soft” gel, the researchers developed a technique to embed small meshes, which firmly bind to the mucus. This mesh is then connected via silk thread to a motor with a force sensor to quantify the force required to pull and tear the mucus. This allowed them to test the adhesive and cohesive forces of mucus. And they could compare these forces in normal mucus and CF mucus.

“We found that the adhesive and cohesive strengths of mucus increase dramatically when the ratio of mucins to water is higher than normal,” Button said. “In CF mucus, those strengths exceeded the forces produced by coughing. That means coughing would have a substantially reduced ability to clear mucus.”

The UNC and Duke researchers also used this experimental set up to test the efficacy of two popular types of CF treatments on the properties of CF mucus. One treatment—inhaled saline and hypertonic saline (saltier than water in the body) – increases the water content in mucus to make it thinner. The other types of treatments—so-called “mucolytic” therapies—make mucus less viscous and elastic by chopping up or separating mucin molecules to reduce their ability to stiffen mucus. The team found that both types of therapy work well at reducing the adhesive and cohesive strengths of CF mucus.

“For patients, one of these types of therapy should help,” Button said. “But their effects are additive, so it would probably be better to combine both. And our research suggests that this approach could allow coughing to become beneficial to these patients, just as it is for the rest of us when we battle less serious ailments, such as viruses.”