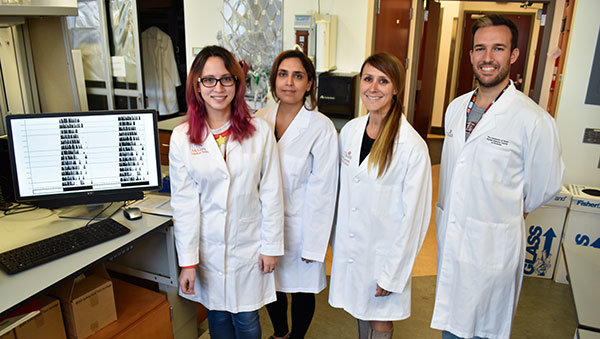 The body’s internal clock could play a critical role in the fight against certain types of liver cancer, according to a preclinical study by scientists from The University of Texas Health Science Center at Houston (UTHealth). The results were published recently in the journal Nature Communications.

The body’s clock, called the circadian clock, is an intrinsic, 24-hour timekeeping system that operates in all cells of the body and regulates sleep, metabolism and other vital body functions.

“We were able to inhibit the growth of liver cancer in a mouse model by manipulating the circadian clock at the cellular level,” said Kristin Eckel-Mahan, Ph.D., the study’s senior author and an assistant professor with the Center for Metabolic and Degenerative Diseases at McGovern Medical School at UTHealth.

In 2015, 32,908 new cases of liver cancer were reported, and 25,760 people died of liver cancer in the United States, reported the Centers for Disease Control and Prevention.

Eckel-Mahan’s team identified a malfunctioning protein that was inhibiting the expression of a key circadian transcription factor and blocking the ability of a tumor suppressor to perform its normal 24-hour cellular functions. When investigators forced the tumor cells to re-express the deficient circadian protein, the tumor cells died.

Fifty percent of liver tumors express this malfunctioning protein, which induces circadian dysfunction in those cells, said Eckel-Mahan, whose laboratory is in the Brown Foundation Institute of Molecular Medicine for the Prevention of Human Diseases at UTHealth.

“These results suggest that targeting the circadian clock in HCC may be a promising treatment for the growth and progression of HCC tumors,” the authors wrote.