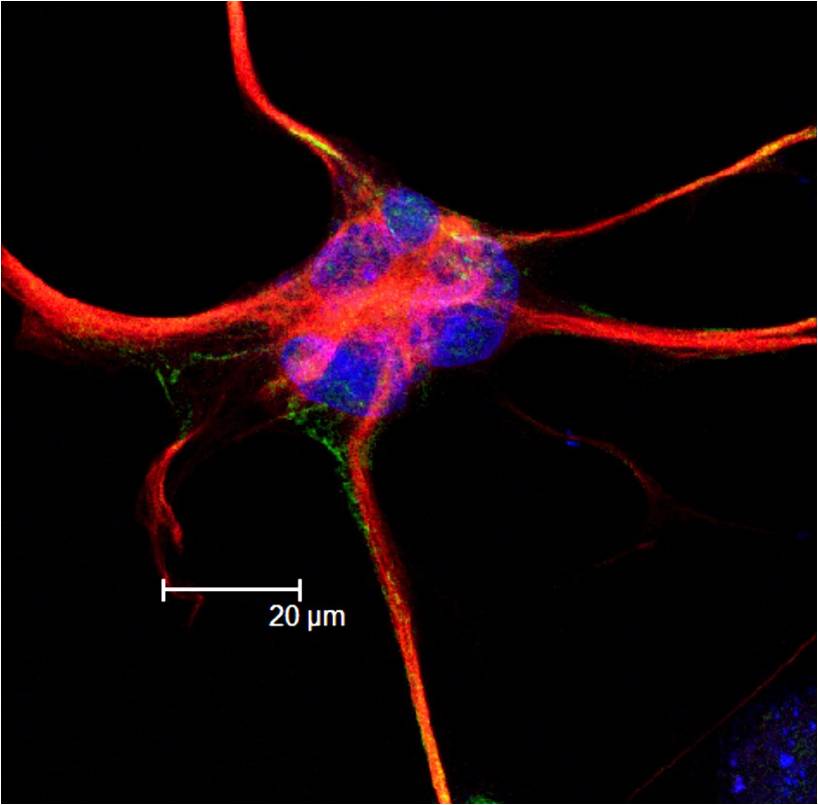 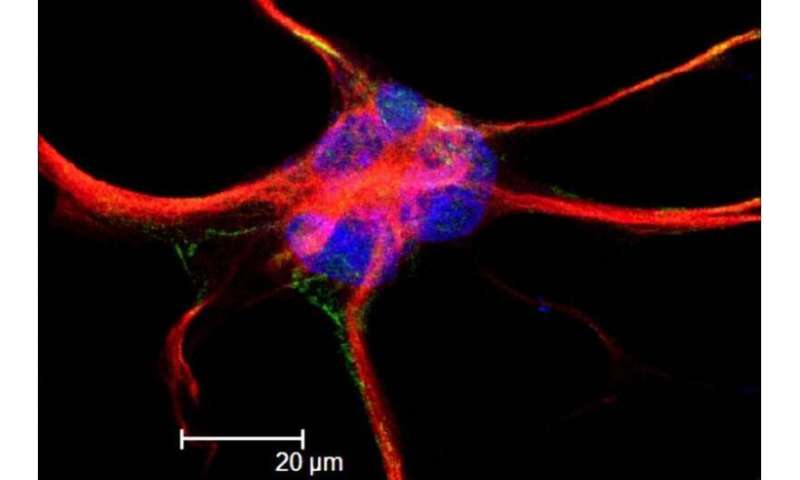 The neurodevelopmental disorder Tuberous Sclerosis Complex (TSC) is characterized by often severe epilepsy, along with autism and psychiatric disorders. Astrocytes—star-shaped glial cells that serve multiple functions in the brain—are suspected to play a role in TSC.

Robert Carson, MD, Ph.D., and colleagues proposed that the water channel aquaporin-4 (AQP4), which is important to the functions of astrocytes, contributes to TSC disease pathology.

Reporting in Neurobiology of Disease, they found increased expression of AQP4 in cortical brain tissue removed from TSC patients during epilepsy surgery. Using mouse models and cultured astrocytes, they demonstrated that inactivation of the genes Tsc1 or Tsc2 (mutations in these genes cause TSC) resulted in increased AQP4 expression.