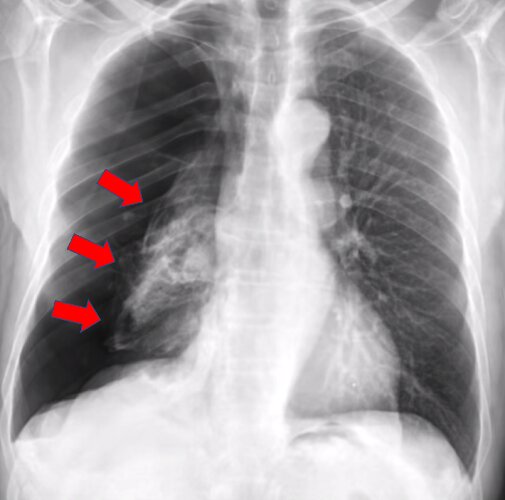 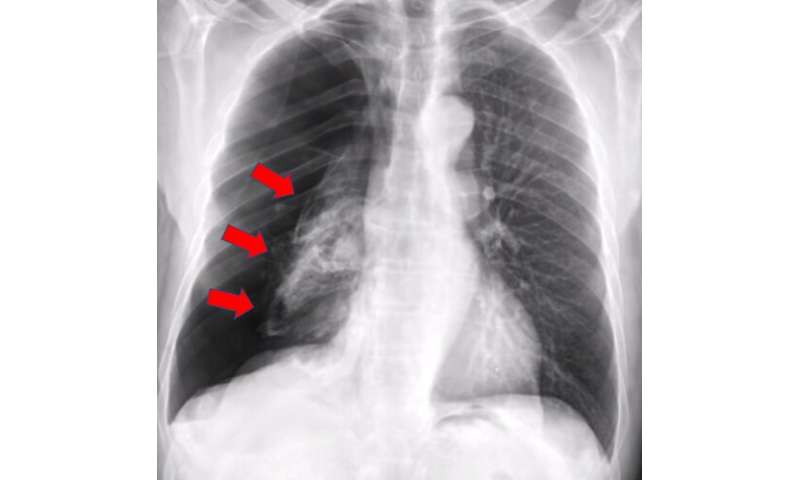 New assistive technology can diagnose collapsed lungs from chest X-rays with a higher degree of accuracy than radiologists.

The system, developed at the University of Waterloo, uses artificial intelligence (AI) software to search a huge database of X-ray images with known diagnoses for comparison to X-rays of new patients with unknown conditions.

That approach enables researchers to identify 75 percent of cases of collapsed lungs, or pneumothorax. On average, medical specialists diagnose fewer than 50 percent of cases when chest X-rays are used.

“Our results are very exciting,” said Antonio Sze-To, a postdoctoral fellow at Waterloo. “The AI we use works almost like magic—and it will help radiologists save lives.”

Pneumothorax occurs when air gets between the chest wall and the outside of a lung, causing pain and symptoms such as shortness of breath. If left undiagnosed and untreated, it can suddenly deteriorate and cause death.

Hamid Tizhoosh, a professor of systems design engineering and director of the Laboratory for Knowledge Inference in Medical Image Analysis (KIMIA Lab), said the most serious cases of collapsed lung are relatively easy for experienced radiologists to diagnose from X-rays.

Minor cases are extremely challenging to spot, however, resulting in missed diagnoses that put up to 50 percent of patients at risk.

“We spend a lot of time, energy and resources needlessly investigating other possible causes of the same symptoms and people suffer in the meantime,” Tizhoosh said. 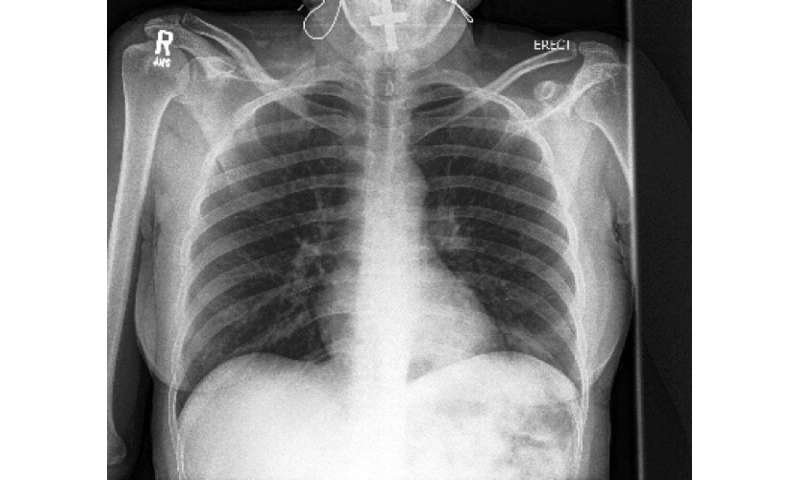 Researchers are working with the University Health Network (UHN), a healthcare and medical research organization consisting of several Toronto-area hospitals, on a project backed by the Vector Institute, a not-for-profit corporation dedicated to advancing AI.

The goal is to increase the accuracy of the technology to over 90 percent and integrate it next year into a software system, Coral Review, developed and used at UHN-affiliated hospitals. If successful at UHN, it would be offered to other hospitals now using the system.

Coral, a quality assurance tool, allows doctors to provide second opinions by reviewing medical imaging diagnoses made by their peers.

The new AI software searches a database of more than 550,000 X-rays—including 30,000 cases of collapsed lungs—for those most similar to a new patient’s X-rays.

“There is no question systems like this will be in place in hospitals within the next two years,” Tizhoosh said. “People are pushing for it and the technology is there.”

The system could offer radiologists a “computational second opinion” in Coral, or be used to prioritize the X-rays busy specialists look at first, reducing treatment delays that also put patients at risk.