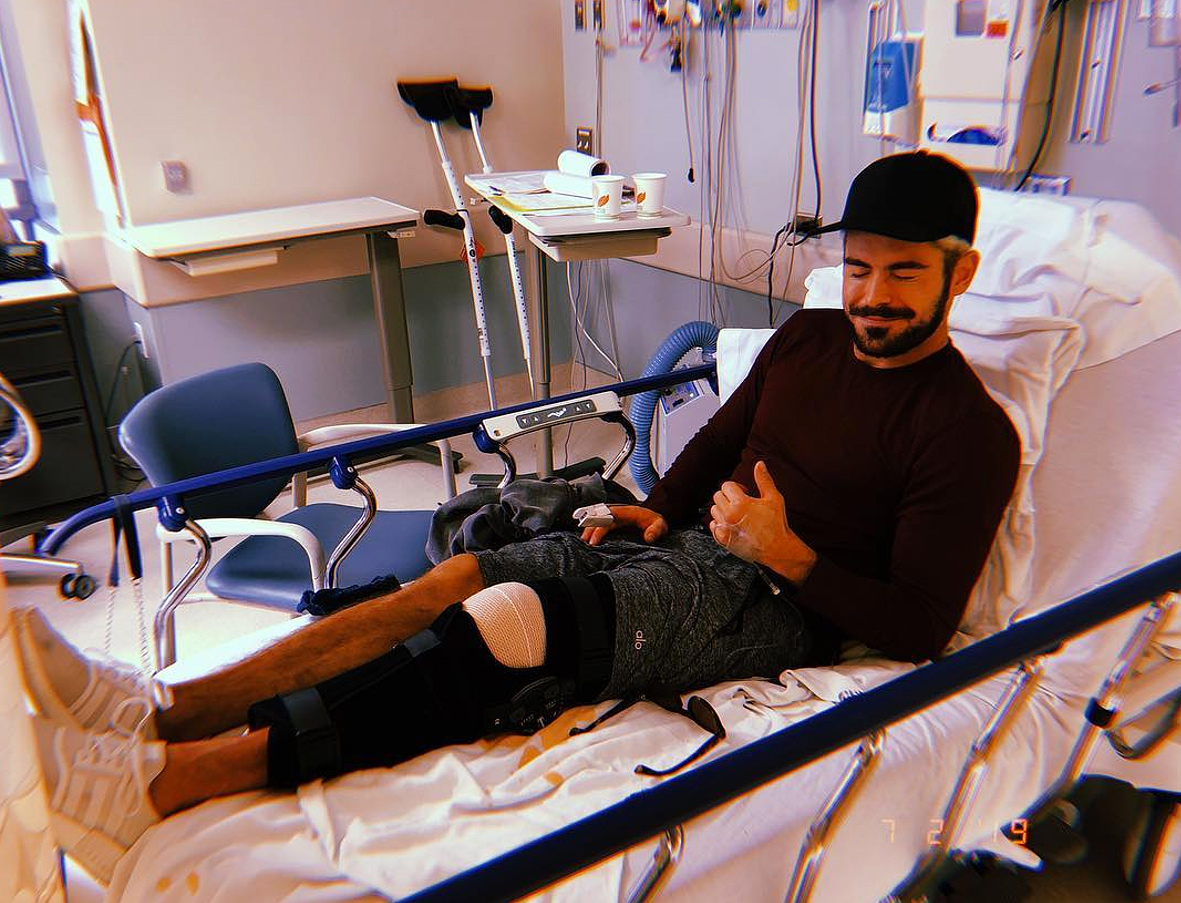 Zac Efron is going to have to skip the crazy adventures for at least a few weeks.

The 31-year-old actor revealed on Friday morning that he tore his ACL — a ligament in the knee — while skiing, and had surgery to repair the tear.

“I tore my ACL shredding the gnar⛷ ? but all is good,” Efron wrote on Instagram. “I opted for surgery so I can come back stronger than ever. Thank you to Dr. Kvitne and his team at Kerlan-Jobe Surgery Center.”

“I’ll keep you updated as I heal and progress!” he added. “Thanks for all the love and positivity!”

The low-key weeks of healing may be tough for Efron, who — according to his Instagram account — typically spends his days doing all kinds of extreme sports, from sandboarding to rock climbing to scaling waterfalls.

He’s also known for his intense dedication to the gym, and Efron recently told PEOPLE that when he bulks up for a new movie he treats the training “like it’s an Olympic event.”

“It’s definitely fun because you get to put everything on the line in terms of your work ethic and seeing how far you can push it,” he said in January. “It’s a finite period of time, but I would not consider that a healthy or normal way to live everyday life.”

And Efron said that the rigorous training schedule and restrictive diets he follows were hurting his mental health.

“My mood was terrible,” he said. “In retrospect I can look back now and say that. People weren’t telling me I was mean or anything, but I could feel that lack of carbohydrate.”

Luckily, Efron’s been able to take time off from those body-focused roles like 2017’s Baywatch, and he’s been enjoying the flexibility.

“It’s so much better to be off and being free. I love being able to wake up and do whatever I want to do. I’m not indebted to training or I’m not eating a certain thing,” he said.

And Efron will now get a very necessary break as he heals up from ACL surgery — though he can probably still maintain those rock-hard abs.