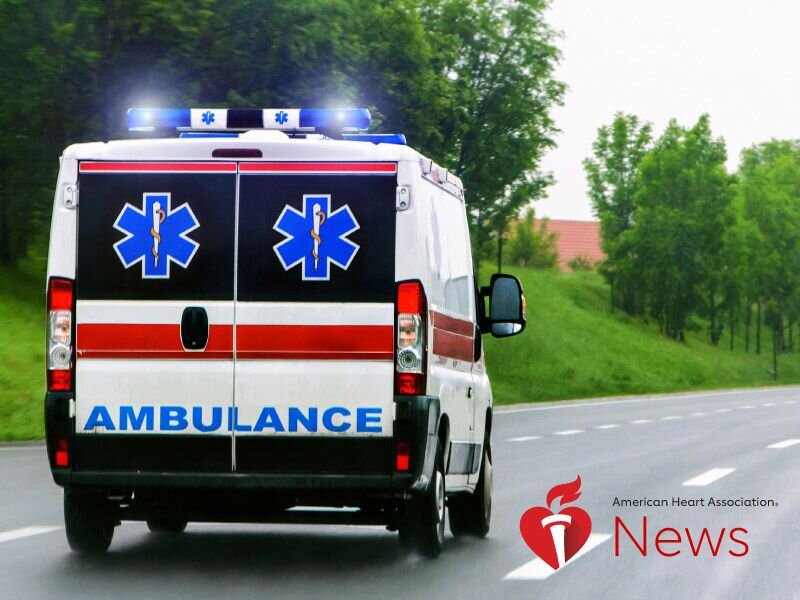 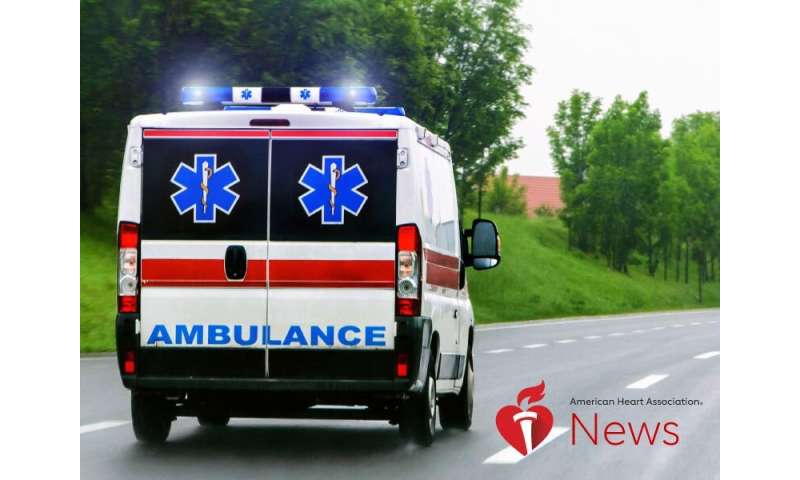 The rate of resuscitation for cardiac arrests outside of a hospital setting decreased during the first weeks of the COVID-19 pandemic, new research shows.

The study, which was presented Saturday at the American Heart Association’s virtual Resuscitation Science Symposium, set out to explore the effect of the COVID-19 pandemic on out-of-hospital cardiac arrest outcomes in the U.S., including in areas with relatively few coronavirus deaths.

The researchers looked at 52,183 out-of-hospital cardiac arrest cases in the U.S. from January to April during 2019 and 2020. Next, they figured out what happened to cardiac arrest resuscitation rates if the 2020 cases happened in counties hit hard by COVID deaths.

“Were these low survival rates spread out across the United States? Or were they just in areas with a large number of (COVID-19) cases and deaths?” said Dr. Paul Chan, lead author of the study, simultaneously published in JAMA Cardiology.

The rate of getting a pulse back (the medical term is sustained return of spontaneous circulation, or ROSC) after cardiac arrest was 18% lower across the U.S. during the first weeks of the pandemic compared to early 2019. In areas with “very high” or “high” COVID-19 deaths, rates of achieving a pulse were 33% and 21% lower, respectively. But even in places with “very low” or “low” virus deaths, the resuscitation rates were 11% and 15% lower, respectively.

“That was unexpected. We don’t entirely know the reasons why that was the case,” said Chan, a professor at the University of Missouri-Kansas City School of Medicine. He co-authored guidance for emergency medical services workers during the COVID-19 pandemic published in April in the journal Circulation: Cardiovascular Quality and Outcomes.

One possibility is paramedics nationwide were taking longer before trying to resuscitate a victim because of safety protocols, Chan said. Those protocols include putting on personal protective equipment, pausing CPR to insert a breathing tube, and not using a method called “bag valve mask ventilation,” he said.

Another possibility for the lower return-of-pulse rates is people with all types of illnesses weren’t getting medically treated until it was too late.

“It’s quite possible that during the lockdown, people with asthma attacks or emphysema attacks or severe pneumonia were having (cardiac arrests) in their homes because they were afraid to go to the emergency room,” Chan said. “In Kansas City, where I am, the hospital was a ghost town in March and April.”

The study was limited by a lack of complete data from all emergency medical services agencies, including details about the quality of CPR, Chan said.

Potential pandemic-influenced factors such as lower rates of bystander CPR and defibrillation, longer waits for EMS arrival, and shorter duration of EMS treatment have been suggested as reasons for the findings, the authors said. But those factors may not entirely be to blame, they said, noting that bystander CPR rates and EMS wait times were similar in 2019.

Dr. Katherine Berg, who was not involved in the research, said the findings might be explained by several factors, including policies to protect EMS workers.

“But I think the biggest impact is how totally overwhelmed a medical system is in a given area. Because of the sheer volume of patients, they might not have enough personnel to treat everybody as they normally would,” said Berg, associate director of the Center for Resuscitation Science at Beth Israel Deaconess Medical Center in Boston.

Berg said she was optimistic that more people will survive out-of-hospital cardiac arrests as the pandemic progresses.